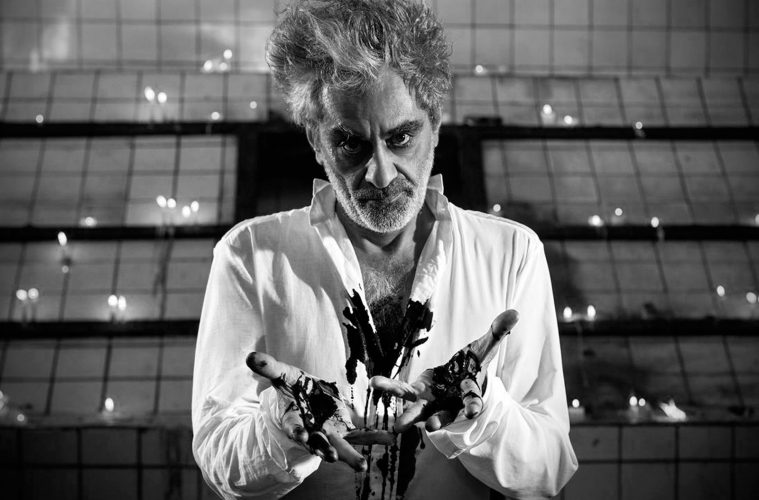 It’s the festive season not only because the end of the year is so close that I can almost taste it, but we’re all still rejoicing in what was a fantastic world cup season.

While a fair few of you may be completely shattered from screaming your lungs out at Obelisco, there is still far more partying to be done.

Compared to the stinking hot days a couple of weeks back it seems like the weather is becoming a bit more bearable thankfully. So get amongst it!

This week we’re featuring a legend of the local rock scene, an indie darling, and some fresh blood in this edition of the Setlist.

Daniel Melingo is most known for his work with Los Abuelos de la Nada and was a co-founder of Los Twist.

The rock aficionado has dabbled in other genres, particularly in tango and milonga. In this special performance, Melingo says goodbye to 2022 with this Encuentro Maximalista.

You can expect to see a full-to-the-brim lineup of historic musicians for this occasion such as Muhamad Habbibi, Ahmed Isa/Juan Ravioli, Hugo Lobo & Fernando Samalea, together with famous visiting and local artists.

Luca Bocci is a Mendozan that released their first EP “Ahora” back in 2017, being one of the more junior members of the Cuyo indie revolution (see: Simón Poxyran, Perras on the Beach, Usted Señalemlo, Mi Amigo Invencible y Las Cosas que Pasan).

Bocci took their work to different cities in Argentina, Chile, Mexico and the rest of Latin America, leading a new movement that seeks to renew the scene with a fresh, unprejudiced look and self-awareness.

Now Bocci is closing off the year with a final show in Buenos Aires. Also, they’re so kind that they ended up putting on a second show after the first sold out!

For this album, she has gone further down the rabbit hole of experimentation by doing her own audio, recording her instruments and then distorting them.

These original recordings were taken in her home studio.

Wading through the waters with ghostly keyboards, slightly uncoordinated eccentric guitars, and electronic percussive bases, this album is fresh and interesting, without abandoning the fascinating vocal melodies for which the singer is known.

Our team loves Michi and this would be a great send-off for the year.

After selling out their last show at Niceto Club, Todo Apparenta Normal returns to close 2022 with an epic night full of music and songs from their entire repertoire.

After their 2021 Gardel Awards nomination for Best Rock Group Album, the band continues to showcase their latest release.

Their longevity is a testament to the hard work the band has put into playing together for the last 10 years. Despite obvious creative changes during the quarantine, the band still maintains their classic sound.

This is the latest outing for Guillermo de Palermo, the Buenos Aires-based slacker rocker. In this performance, he is bringing his jangly guitars alongside a slew of guests for this full band performance.

Joining him this evening will be El Nube, Los Raquetazos and a set by DJ Sebas Ruiz.

India Florece is the solo project of Juan Pablo Livingston, a composer and music producer based in CABA. The blend of their jazzy and angelic voice is truly something to admire particularly in their most recent EP la libertad es el amor de los pulmones llenos de aire.

Singer and LGBTQ+ icon Paula Maffia will be performing her final show of the year at the beautiful CasaBrandon.

Maffia is a founding member of La Cosa Mostra and Las Taradas. Her mix of contemporary rock and folk is infamous in the scene and she is recognized as one of the greatest talents from the city.