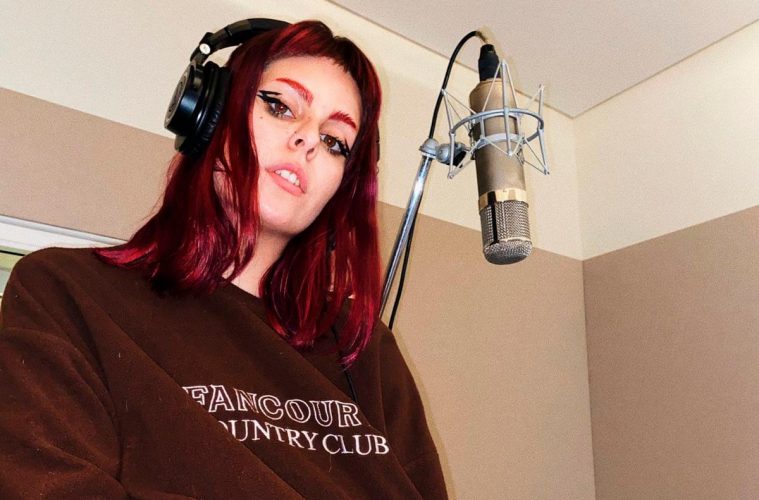 World cup fever has hit the city but don’t worry if you’re not into watching a bunch of dudes in shorts kick a ball around. There is still plenty to do and see while the streets run blue and white for the national team.

Buenos Aires isn’t just famous for football—we have a solid music scene full to the brim with genre-bending musicians to give any metropolitan city a run for its money.

This week we’re featuring some kick-ass ska, poppy trap, and an out-of-town festival in this edition of the Setlist.

By the way, don’t forget! We’ve got an events calendar. If you have an event you’d like to promote, just fill out this form and we’ll have it live on the site within 24 hours. If you’d like to be featured in next week’s Setlist, please submit your event by the Monday previous to your event to be considered.

Pipi Piazzolla Trío is celebrating the release of their latest album Stick Shot, the fourth album by this innovative Argentine jazz trio made up of drummer Daniel “Pipi” Piazzolla, guitarist Lucio Balduini, and saxophonist Damián Fogiel.

The Pipi trio has won 3 Gardel Awards for Best Jazz Album and the group seems to be going for a fourth win in this latest outing. This is the culmination of over 10 years of performing with Stick Shot showcasing the maturity and finesse of the trio.

Odd Mami, a member of the illustrious Ripgang, is releasing her first album Mosaicos at Niceto.

With an entire band and a conceptual and artistic show, she promises to give her audience a unique experience.

Odd Mami caught my attention a while ago when one of our fellow editors mentioned her in a previous Setlist and ever since then I’ve been an avid fan.

Mami can be characterized as having a more pop-based trap sound, the Lisbon-born but Buenos Aires-based artist has blended elements of electronic music alongside emotive lyrics. This album reads more like a narrative story touching on different moments of her life.

This includes an incredibly touching tribute to her 13-year-old cat Tigresito who passed in 2020. It’s the innocence of this part of her artistry that truly draws me in.

Automail is the dark duo of Rosalba Menna and Franco Calluso, debuting in 2018. They’ve drifted into their own territory of trap-infused hip-hop. The band was originally a 3-piece before the current line-up and previously leaned towards a more straight-laced electronic sound.

Joining them will be Mimi Lagarto with her brand of experimental Latin electronic pop which also includes elements of trap.

Hot Shooters is an insanely tight quartet with an aesthetic defined by the sounds of the thirties and forties when swing was king.

The band uses the classic instrumentation of that time and also throws in a classic washboard for good measure. Sprinkle in some beautiful harmonizing voices and you’ve got a toe-tapping troupe that will surely get you moving.

And there is definitely no venue more suitable than Swing City.

Catalina Bayá presents her first album EL RUIDO DEL SILENCIO, produced by Chipi Chipi and Agus Vivo, with a show that promises to be faithful to her depth and intimacy, as reflected in her songs.

Her music shifts between dark and broody electronic numbers to more floaty ethereal tracks which certainly displays how versatile Bayá really is.

She is definitely an emerging talent in the local scene.

Ska band Papas Ni Pidamos invites you to get wild and pogo with their infectious rhythms and playful performances.

Thematically the band focuses on delivering spirit-lifting music which addresses adversity while simultaneously scoffing at it with insanely positive energy.

Festival Fardo is making a splash this weekend with an incredible lineup of local artists.

Out in Pilar, Fardo will be playing host to Babasonicos, Peces Raros, Nafta, Conociendo Rusia, and so many more.

Running from six in the afternoon until six in the morning, this will definitely be one for the night owls.

If you’re traveling from the city, you can buy yourself a ticket for transport to and from the venue to take some stress out of the whole affair.

Sé Pequeño is the solo project of Marcelo Borrello, a musician and producer born in Zona Norte. In 2011 his first album was released with the accompaniment of a full band.

This first album saw Borrello blending folk with electronic and hip-hop before deviating completely with his second release which was far more acoustic and utilized Creole guitars. In 2021 he released a collection of songs combining surf rock and synths.

You will always be surprised by the pursuits of Borrello who never shies away from experimentation.