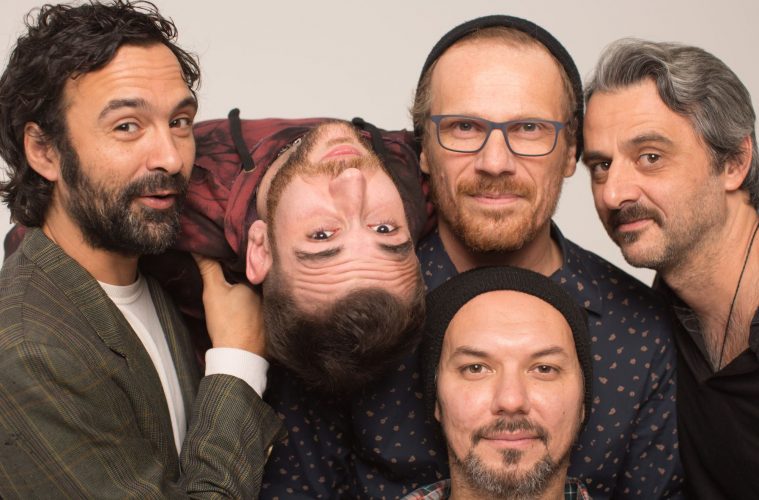 Things are kicking off with Primavera Sound, but if you didn’t manage to nab yourself a ticket, don’t fret!

There is a wealth of great shows that will be taking place this week from awesome local artists who you can check out for a slither of the cost. I can assure you will be just as rowdy.

This week we’re featuring some mid-week tango, brit-punk, and a reimagining of a local legend in this edition of the Setlist.

Easily one of the most recognizable figures in the Argentine music scene is none other than Charly Garcia. In this new show from Matias Albamonte, he’ll be showcasing his new album Charly a través de siete cuerdas, an exploration of the works of Garcia with solely a 7-string guitar.

Also joining him will be Nicolás Repetto and Maia López.

A formal education in a cultural behemoth of Argentine music is awaiting you at Circe Fabrica de Arte.

Amores Brujos has been a regular evening event for all tango lovers but with a more contemporary feel.

The parties usually have a wide variety of ever-changing guest performers and this outing will be fronted by Lulu Tanguera and Wally Romero. They will be accompanied by fellow artists Moscato Luna & Sebastián Zasali.

Lucille is the perfect venue for such a sultry affair with its incredible theatre-like interior.

Some would say Fernandez 4 is one of the premier supergroups from Argentina. Featuring a dream cast of legendary musicians such as Nicolás Sorin (Octafonic, Sorin) on vocals and keyboards, Sebastian Lans (Huevo) on guitar, Mariano Sivori (Escalandrum) on double bass, and Daniel Pipi Piazzolla (Escalandrum) on drums, this event is a perfect Thursday night outing.

The band blends a mixture of R&B and soul with electronica, rock, and hip-hop but with jazz instrumentation.

It’s experimentation at its finest and definitely the kind of group that is a music geek’s absolute dream.

Irix and Caro Villani perform together for the first time ever, presenting their latest material and previous releases with a slew of special guests.

The concert will also feature a photography exhibition of two phenomenal masters of their craft.

The Buenos Aires-based Irix released her first EP Casa en llamas in 2019. More recently, she debuted her latest single, “Lluvia”, a song that stands out for its fresh sound and abundant synthesizers.

Meanwhile, Caro Villani is a singer, musician, and composer from Buenos Aires. She trained as a singer, guitarist, and instrumentalist at the Institute of Contemporary Music. Off the back of her second solo EP Estados Extremos, which was released in early 2022, Villani is taking her newest works to the stage.

Federico Orio and Envidia at lalalá

I had the absolute pleasure of getting to meet Federico Orio in a music venue recently. As we got chatting away we exchanged details, and I’ve had the great fortune of being able to follow his musical journey over the last 3 years.

The Tucuman native has been a well-accomplished percussionist for many years and, interestingly, dove deep into utilizing bell towers to create these insanely epic performances. He is a man who has truly explored the outer recesses of noise and music, especially in his incredible release Meta Musica II.

Envidia is the solo project of Marcelo Moreyra (Mujercitas Terror) which utilizes his dark droning melancholic voice with only the accompaniment of an acoustic guitar. A beautiful combination that says a lot with so little.

Yasora is undoubtedly a much more classic example of Argentine rock. Each of the members had their own solo projects before combining forces to create what would become this final line-up.

Yasora has two full-length releases under their belt with their debut El sentimiento No se Negocia! (2018) and SOMOS (2021). They’ll be returning to the stage with friends Viejos del Lunes.

A badass band to get wild on your Saturday! Tickets are available here.

If you’ve never experienced an evening at Otra Historia, this is a great show to rip off the bandaid and finally experience it for yourself. This Saturday they’ve got a tasty line-up of punky bands and one which is almost cosmic.

Espanto Club pegs themselves as being a little of everything, with a UK-punk feel taking influence from the likes of Idles, Fontaines DC, and Sleaford Mods. Indeed after listening to their latest release Membresia (2022) I wouldn’t argue with that sentiment at all. And dear lord are they dancey—I can imagine sweating my ass off with a lager in hand for sure.

Las Otras are an all-women punk band who have been tearing up stages since 2002. With 4 EPs and 2 studio albums, they have shared the stage with legendary figures from the local punk scene and toured neighboring provinces and countries. Their last release Amarilla (2019) is a perfect encapsulation of the band’s sound which has developed over the past 2 decades.

Los Defectos are a rock trio made in La Isla de La Paternal. They started rehearsing in 2019 and have just released their first self-titles EP, where they capture a combination of instrumental passages and ethereal sounds that wade into the murky depths of space rock.

Grab your tickets from Tickethoy here.

Mona Mala is a band that mixes rock with a variety of harmonies and rhythms, mainly from blues, funk, and jazz.

They began as an acoustic duo (guitar/vocals) that branched into an electric iteration, allowing the outfit to explore more sounds and tonalities.

Additionally, the four-piece is currently recording their first LP and will be presenting songs from this yet-to-be-released album.