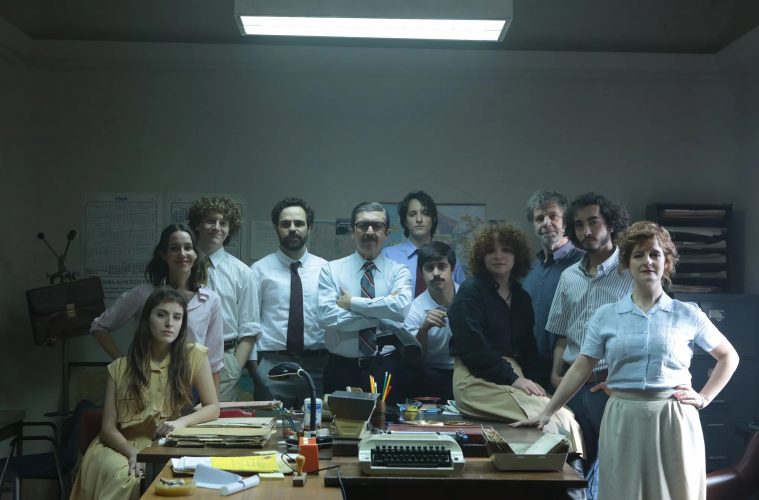 Film Review: Argentina, 1985 and the Weight of Justice

I went to see the film Argentina, 1985 by director Santiago Mitre. Once I settled into my seat—way up close to the screen because the theater was packed—I realized that I had no idea what I was going to watch. It’s too late to google, I thought, and I was pretty sure everybody else in the audience knew more about the movie than I did. What a distracted little bebota, as per usual.

And though I’m not sure about the specifics, it seems to me that it has to do with Argentina’s history of disappearances. It seems like that’s what most things are about these days. The film starts and the first scene is disconcerting; a man called Julio, played by Ricardo Darín, employs his 9-year-old son to follow his almost-adult daughter in her escapades with a guy he doesn’t like or trust. The child plays the role of spy and passes his observations along to his father, while the mother disapproves of the whole “police operation” and warns him that he is raising a deranged man.

I find the scene confusing and even funny. I think that I’m finally going to be able to watch a film that isn’t a heady drama about the dictatorship. I won’t have to cover my eyes during the torture scenes. I can’t stand the sight of blood or of desperate people. It gives me nightmares.

So I relax. Darín is almost always a good time. He’s a professional, a very good actor. In this case he plays the prosecutor on one of the most important cases in Argentine history, Julio Strassera, whose existence I only learn about from watching the film. I admit, I knew nothing about Strassera. Even less about his sidekick, a lawyer named Moreno Ocampo, played by the extremely attractive Peter Lanzan.

The movie turns interesting. A young boy, recently graduated, takes center stage. I would have liked it to have been Maria, my lawyer, who I know loves to jump into the fray, and who in 1985 would have cherished the opportunity to get involved in the commotion. But no, if not for Evita, we wouldn’t see women on the big screen at all. Once again, an Argentine movie, in which the heroes or anti-heroes—in the most classic sense of the term—are men, like The Heist of the Century, Angel, My Masterpiece, among others. Okay, let’s pretend that’s just a detail.

Let’s stick to the facts that are fictionalized in the film. The trial of the Military Juntas was the first trial of its kind in the entire world. With the return to democracy, during the presidency of Raúl Alfonsín (who goes all but unmentioned in the film), the ambitious task of holding the recently dethroned murderers accountable was proposed. Years later, President Menem would be in charge of pardoning the same people, something that is also not mentioned in the film. Don’t think I’m spoiling it for you. Let’s say that these are also just details and continue.

The film shows us Strassera, along with his comrade Moreno, leading a group of inexperienced young people who might as well have been environmentalists, vegans or LGBTQ advocates, gathering evidence from the more than 800 witnesses presented during the trial. Youth appears as the redeeming figure of a hitherto dormant society. As if the Mothers of Plaza de Mayo were quiet old ladies sitting placidly watching the trial. As if Ernesto Sábato and the CONADEP (National Commission on the Disappearance of Persons) had not been the main editors of Nunca Más, the report denouncing the forced disappearance of people, which was published a year before the trial.

However, it seems that this group of young people are single-handedly tasked with condemning the “fachos,” because Argentine society is full of “fachos.” It doesn’t matter if a president had previously repealed the Amnesty Law, making the trial itself possible. Another minor fact.

Strassera and his group of younglings are sorting out the details of a case marked by threats and attacks. They add a touch of freshness to the testimonies presented in the film, which, together with a clever use of archive images, are absolutely devastating. The stories are powerful and accurately reflect what was exposed during the trial. In part it benefits the historical feel of the film, which as we have already seen, does not stick one hundred percent to reality.

Some years ago, I had a heated discussion with my father, because I was horrified to have seen someone on a news program saying that the only mistake of the dictatorship had been not to list the names and surnames of the disappeared. My father replied that yes, it was true, that those who were in institutional power were the military, therefore, their actions were authorized by the highest power. That was how the political system worked.

My father was disappeared by the military, six months, they detained him at the Neuquén Prison. He wasn’t involved in political activism. They came into his house at dawn, blindfolded him and took him away. When he regained his freedom, he left the country, swearing that he was never coming back. He did come back. He doesn’t talk about it. I don’t think he has wanted to talk about the disappeared for a long time. For more than 30 years he has been trying to get a foothold in a country that only seems to agree to go to the movies to watch the same film over and over again. Let’s not romanticize it.

My father’s vision of the events is not a feel-good blockbuster film. And it seems to me that with this film, Santiago Mitre is more interested in creating a compelling drama than a historical film.  In that sense, the film is very well crafted. Argentina, 1985 aspires to the heights of the Oscars. It seeks to win awards.