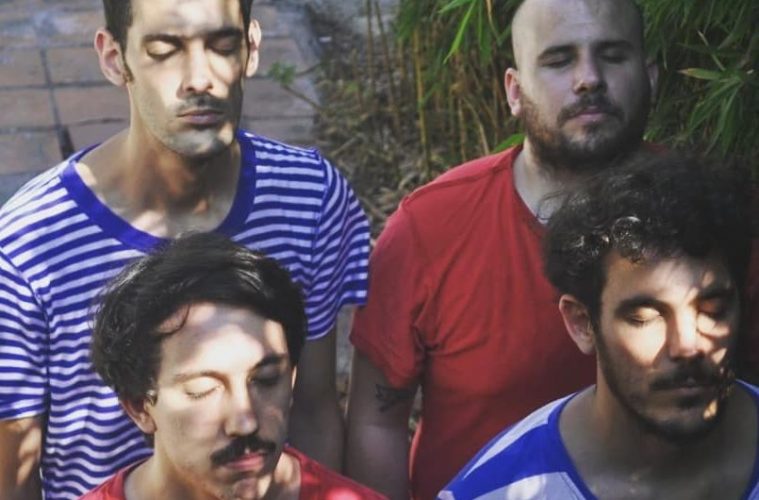 Welcome all to our weekly event agenda called The Setlist!

As usual, The Setlist is here to deliver the goods. The goods would be shows that we’ve carefully curated to make sure your needs are met and you get to check out new exciting bands from around our country. Yes, we say country cause this time there are a few surprises from around Argentina all happening in Buenos Aires.

We’ve got brand new festivals, an open mic night hosted by pibxs, and even a dinner show night (!). There is something for everyone here at this all-you-can-listen-to musical buffet called The Setlist. We’re working on some new exciting things here on our website so make yourself comfortable and feel free to browse around. In the meantime, here’s what this weekend’s got in store for all of your beautiful freaks.

If you know us here at La La Lista, then you know we are always down for an open mic night. This time the production team of Las Pibas Producen will be hosting an open mic night where some pibxs from the scene will be sharing some of their latest tunes in a quaint and intimate format.

Artists such as Amandi and Clau Terra and many, many more will be playing so make sure you head down to La Casa del Árbol and get those tickets before they run out.

Score them by following this link!

Labeled as “Musica Suavecita”, the Terciopelo ciclo is all about soft and tender songs being played softly and tenderly. If you’re into velvety and intimate tunes then this gig at Matienzo might be right up your alley.

The lovely and hugely influential Carolina Donati will be the featured artist this time around and we’re eager to hear how her new songs translate into a more succinct format. Armed only with her guitar, Carolina will be entrancing the audience, of that we are sure.

Make sure to get there early, cause there will be no tickets. Why? Cause it’s FREE!

It’s not that often that we get such a wonderful smorgasbord of bands all together in one spot such as what the people from Mansion Tifon have accomplished. Garage rock, surf rock, and even some indie rock will all be converging in Ramos Mejía this Friday.

The indie darlings Pulover will be sharing the stage with the searing hot rockers from Rosamonte while Ernan en VHS and Poly Pole bring some of their own brand of soft and deeply atmospheric dream pop.

Head down to Mansion Tifon and get to experience all these bands playing live in all their splendor.

Tickets can only be obtained at the gates so get there early so don’t miss it!

We’ve been patiently waiting for a proper folk festival to appear on our radar and our prayers have been answered. The independent record label Casa Folk has put together a folk festival for the ages and we are all up on it like bees on honey.

The lineup is looking packed and it features artists such as Emily And, A.K.A “La Yanqui mas querida de toda la republica Argentina”, Luis Baumann, and Soñe Calavera among many, many others. Call all your folk folks and head down to Otra Historia Club Cultural to witness a folky night to remember.

This festival has been in the making for quite some time so tickets will be in limited stock. Get them by following our link! Make sure to shoot them a DM to confirm you’re the one who paid for the ticket.

Curated and sponsored by Paula Maffía this new little festival gathers musicians from all around Argentina and brings them to the Panda Rojo stage for a night full of super varied and new artists to the scene.

We love it when fresh blood is injected into the scene, so we are glad to say that artists like Cecilia y el Sr. Vinilo (from Formosa) and Echega (from San Juan) will be playing in our city and it’s super exciting to hear their province’s idiosyncrasies talk through their music.

We strongly encourage you to check this event out as it’s a great way of listening to some music outside of Buenos Aires, for a change!

The show will be a la gorra, so make sure to pitch in and collaborate with the artist when you get there!

The people from Gente Conversando have an interesting proposal for your Saturday night. It’s something that we haven’t seen any other band do: a dinner show! That’s right, the widely popular indie rock band has put together a cena show with a special menu that has not yet been revealed. The gig will take place at Roseti, we’re eager to see where the tables will be!

Yes, this is not a drill, there will be food and you can get a ticket without the food if you want. However, anybody who wants to get some grub at the show can, and there are vegan options too.

You can get your tickets by following this link and selecting the type of ticket you want!