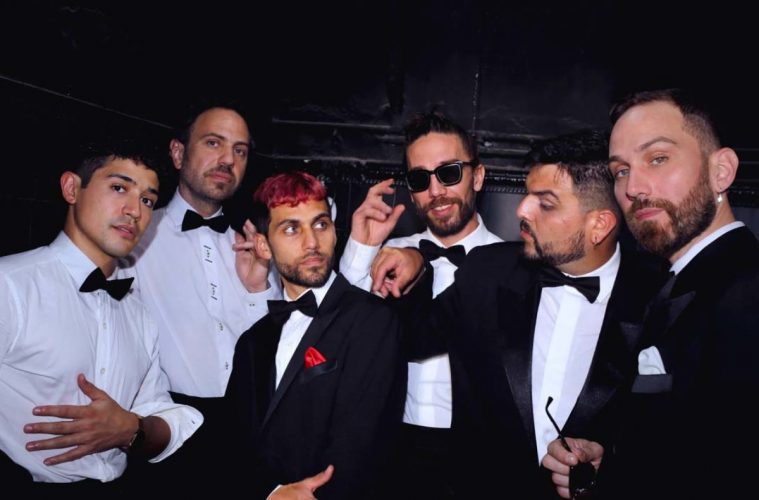 It’s crazy to think that we’re already three-quarters of the way through 2022.

After our post-quarantine freedom, it seems like the weeks roll on faster than they arrive.

Thankfully we can say goodbye to the cold and welcome spring in style.

No longer will we be suffering in cold smoking areas, huddled in humid hallways, and trying desperately to call the attention of a bartender just to get a bloody IPA in the chock full local.

We’ll be making our way back into the sunshine and with that festival season is creeping up.

To promote your next show, exhibition, or another event with us, just fill out the form here and we’ll have it live on the site within 24 hours. If you’d like to be featured in next week’s Setlist, please submit your event by the Monday previous to be considered.

Last year, Pulover released their long-awaited second studio album Vapor Americano. The band definitely epitomizes Platenese sound but more as a respectful nod rather than an imitation. The band has a nostalgic garage rock sound which, coupled with the lyrical content, feels like home.

Salem are preparing to record their first album. The 4-piece all-female band is still completely fresh to the scene, having only started performing this year. So you could be bearing witness to a new trendsetter in the scene.

Finally, Steve Voser has just released his newest record How Long Does It Take to Start Again. The Australian-born, Buenos Aires-based artist has been traveling for years but decided to spread his creative roots here in Argentina. This led to him forming a band with his partner and other best friends he has made along the way.

Get yourself down there and buy your tickets here.

Bands and beers go hand in hand and this perfect combination is getting even better with the return of Strange Fest.

Strange Brewing is one of the premier local breweries and definitely a favored haunt by myself and a lot of other Buenos Aires beer lovers.

The brewery has hit the ripe age of 5 years old. My little boy is growing up* :'(

To celebrate, they’ll be having an epic party with a brilliant lineup, all while we get to sip on their sweet tall boy nectar.

This will be a killer night and a great way to start the weekend. Grab your entries here.

It’s almost by pure fate I discovered this show. I was chatting with a friend recently about the decline of all-ages shows (or at the least all-ages venues) which allowed musicians and patrons to attend under the age of 18.

It’s crucial to maintain a scene that promotes young bands so I was deeply happy to see this event come up on my radar.

Kuri could only be described as a face-melting math rock outfit. They released their killer EP fotosensible both in digital form and cassette (how retro). This EP, recorded during the pandemic, offers a formidable insight into the trajectory of the band. They’re emotional and brooding but god damn they are badass.

Walfer, hailing from Tigre, offers a mixture of alternative rock and pop-rock styles, merging various genres and taking inspiration from electronica, trash-rock and post-punk. In 2019, they released their first album Días Deformes. This is a chill group with tons of potential and a brilliant guitarist to boot.

superpusssy definitely wins the contest for the wildest name and their music is just as wild. This group embodies British post-punk with even hints of Fontaines DC and PIL. Read: droney vocals with thumping bass and chaotic guitar. Their latest 3-track EP este titulo no esta disponible is a total banger and well-worth blasting.

You can get yourself a ticket here and they’re cheap as chips.

This Putlent Four performs music by Irving Berlin, one of the most important American composers (think The Great American Songbook). Likely songs to be featured include popular tunes from movies and musicals from the 30s and 40s performed by Fred Astaire, Bing Crosby, Louis Armstrong, Al Jolson, and more.

A night of jazzy goodness and a killer cocktail awaits you at Swing City.

Snap up your tickets quick here.

At this awesome gig, former DeDes frontman Mati Fernandez will be performing his new album with his new band Las Imperiales. Following will be Sudeste Asiatico.

Fernandez has been slowly drip feeding us new singles throughout the last few months in preparation for this show. It will be his first return to the stage after 2 years. His latest single “Johnny Dea” is a twee wee number that is catchy beyond belief. It also perfectly sets the mood for the other new tracks he and his band will be showcasing.

Sudeste Asiatico is a band from Campana that emerged in 2019. They are currently in the process of producing their first studio album, with a set release date for early 2023. Despite their short time together, the band has graced the stage of Recoleta Cultural Center and Festival Ciudad Emergente.

Showcasing influences from bands like Metronomy, Arcade Fire, and Beach House, Rara constructs a simultaneously noisy and stripped-down sound. Groovy beats and analog synthesizers create atmospheres that are both dense and dark as well as pleasant and indulgent.

Meanwhile, Laika Perra Rusa brings together a wall of synthesized goodness to create incredibly dancey numbers which are explosively funky and grab elements of disco beats alongside Latin American sounds.

I’d highly recommend checking out both of these fantastic bands.

Early entries have already sold out so jump on it quick.

Buddha Sounds is one of the most important downtempo and chill-out bands in Latin America. They will be presenting their 8th album Eternity exclusively at La Tangente. This album is a multicultural work, with participating artists from India, Russia, indigenous peoples, and Argentina, uniting the soul of the world through the fusion of voices and sounds of the five continents.

The group is characterized by its unique blend of sounds and hypnotic visual effects, harmonizing, and electrosensory experience.

520Hz, the newest album from Los Jureles is finally going to be performed live by the band!

After a long stint of pandemic quarantine (and among a few other challenges) they’ll be able to showcase this new record alongside their extensive back catalog of tunes.

The extremely funky group will be joined by a plethora of great guest performers.

A titan in the new Argentine rock scene, Los Brujos helped establish a new wave of bands in the 90’s. After breaking up in 1998, the band reformed in 2014 after many many rumors and a massive wave of fan demand. And so the prodigal sons return.

Their style of beatcore and grunge is legendary. This hasn’t seemed to have faltered even a little bit with the band set to perform with incredible ferocity.

Pick yourself up some tickets here.