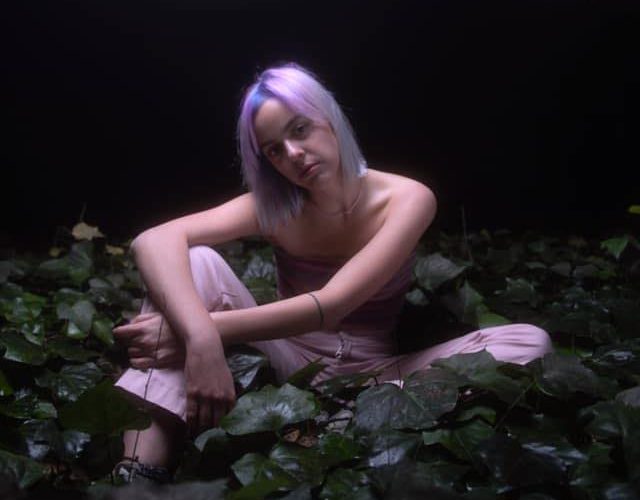 This has been a really solid month, not only for great weather but also for great music.

I’ve managed to drag myself out to more and more shows lately, which has been a blessing after feeling like I wasn’t finding exactly what I was looking for. But just like writing, music inspiration always comes. We’re seeing a lot more old and new venues alike putting the pedal to the metal to bring out the best offerings, sometimes even making it hard for us to choose what goes on The Setlist!

This week, we’ve got some ambient rock, experimental reggaeton, and some funky neo-soul.

To promote your next show, exhibition, or other event with us, just fill out the form here and we’ll have it live on the site within 24 hours. If you’d like to be featured in next week’s Setlist, please submit your event by the Monday previous to your event to be considered.

Mia Zeta brings a fresh take on Neo-Soul with elements of classic R&B sprinkled into the mix. Her first EP Realidades (2020) encapsulates this perfectly and is accented from start to finish with beautifully crafted melodies and beats.

The silky smooth voice of Zeta continues to elevate her writing in a new direction on her latest release Hasta En Los Sueños, which she will be debuting in her performance at La Tangente.

Having already gained a solid following over the years and playing on stage at Quilmes Rock alongside Bandalos Chinos, I can certainly see her carving her way through the independent music scene.

Get yourself down there and buy your tickets here.

Nico Sorin with OCTAFONIC at Niceto

Nico Sorin has a special treat for Octafonic fans.

After more than 4 years, the band has decided to return to the stage for a special one-off show. Many of the original members will return for this momentous occasion.

Octafonic featured a slew of fantastic musicians spanning the different musical landscapes of Buenos Aires, all coming together to play some pretty badass music — strangely, all in English.

The music itself can seem quite confusing. Don’t be surprised if you hear hard rock being incorporated with savagely jazzy horns. But boy is it a treat hearing the final product, which is a truly mind-blowing concoction.

Grab while they’re still available here because this will be an unmissable show.

BB Asul is well-known within the local hip-hop, R&B, and trap scene for her kawaii-style poppy tunes and incredible tracks with distinguished features.

Asul recently released a track titled “Call Me“, which I personally believe is the best entry point for any new listener looking to check out her output.

In this outing, Asul will be mixing tracks. If you become mesmerized by her sound and hope to catch her perform live, you won’t have to wait long. She will be doing a full show in September.

Rap & Miel is a night where rap, hip hop, soul and R&B merge with performance and body expression in order to blow up your neurons through rhymes, groove and lots of flow.

Featuring a lineup of awesome local talents such as The Mattiya Project, Mato and Elen Sin H

This night will be a sure-fire display of some of the best Buenos Aires has to offer at an absolutely awesome venue.

Snap up your tickets quick here.

Now for something completely different!

Losa is dishing up experimental reggaeton — two words I never expected to use in the same phrase.

Launching at the start of this year, Losa has quickly developed a reputation for delivering a stellar lineup of solid DJs. You can count on Losa to keep you dancing to the early hours and beyond.

Just don’t blame us if this ends up being a wilder night than you expected!

Grab your general entries ASAP since the two-for-ones have already been snapped up.

Poseidotica and Fantasmagoria at Lucille

The crew of Poseidotica returns to Lucille with Fantasmagoria to melt some faces off.

The band has filthy riffs, throat-punching bass, and some of the downright dirtiest drum fills I’ve ever heard. I won’t be surprised if the half crowd will be throwing down a moshpit for the occasion.

While the band is heavy, they certainly put more emphasis on creating ambient walls of sound that crash together alongside epically tense breakdowns.

Meanwhile, we’ll also get a special appearance from Fantasmagoria. This classic rock ensemble has been together since 2000 and boasts a hefty back catalog of killer tracks.

Mariana Michi has been a long-time favorite of the LLL crew. This Saturday, she will be returning to La Tangente for an epic live show.

As a soloist, Michi released her first album Cayó el Valiente in 2018. Since then, she has played with renowned artists such as Julieta Venegas, Loli Molina, and Lito Vitale — among others.

Michi’s insane artistry was initially introduced to me through her incredible audiovisual show La Paz Obligada (2020). She also has an EP of the same name.

In this latest outing, will hear sounds from her second and newest album HIJO DE CAMPEONES accompanied by a full band.

LA CASA ESTA EN OBRA will be a little mix of everything: projection, music, and good ole’ poetry sprinkled in for good measure.

If you’re looking for something to wind down your weekend, this is the go.

This event has been called “emotional” and “breathtaking with fantastic direction”. It’s brought to you by a team of stellar creatives, focused on utilizing a range of mediums to explore the story of a woman and the transformation she experiences.

Pick yourself up some tickets here.