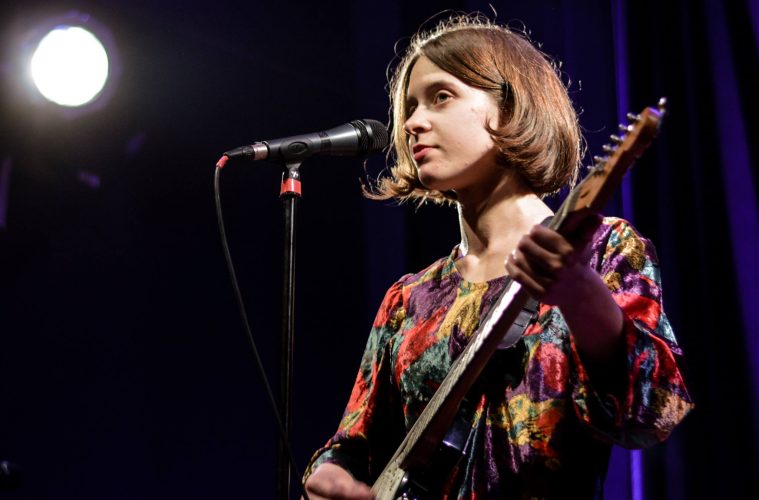 Well hello there, dear reader! It’s so nice to have you back here, snooping around our beloved weekly event agenda. You’ll be happy to see that this week is packed with some fun and exciting bands and artists, some of which you might not have heard about before. We’ve got cumbia, synth-pop, shoegaze, dream pop, and even some wild hardcore acts for those of you who like it spicy.

Variety abounds in The Setlist so you can be sure we ain’t ever going to let you down. Yes, there is a Rickroll joke there and I’ll just acknowledge it and move on. So if old meme-ing and some truly groundbreaking music recommendations are your jam, then you can be sure you’ve found your plug! It’s The Setlist, buckle up and let’s jump into it:

Sometimes all you need to get your blood pumping is some spicy upbeat cumbia to save you from a busy week. Fortunately, Los Pájaros, a folklore/cumbia band that has been slowly but steadily making a name for themselves, will be presenting their debut album Que Bonito at Morán, one of our city’s most revered venues.

What’s truly remarkable about Los Pájaros is how they incorporate cumbia, folklore, and other Latin American rhythms into their super eclectic style. Even if this sounds like a wild combination of genres, Los Pájaros never fail to put you in a festive mood and make you bob your head or just make you dance with their infectious percussion and lush vocal harmonies. The night will kick off with Aymará, offering a mini set with some of their equally infectious folk-pop tunes!

Album presentations are always a reason to celebrate! Come celebrate and bring a friend, you can score the tickets by following our link here. See you there!

Casa Brandon has been host to many wonderful musical acts from around Buenos Aires. Its status as one of the most iconic LGBTQ-friendly venues is totally deserved, as they are always supporting the community. This time, they are doing the community a huge service by bringing two amazing artists on stage in their full-band presentation format!

First, there’s Tani and her one-of-a-kind approach to pop music, sparse keyboard ostinatos, and hushed vocals. She sounds as if the soundtrack from The Sims had vocals and I mean that as the purest form of compliment. Catalín is a recurrent recommendation from us here at La La Lista. At this performance, you will have the chance to see her powerful and angular guitar-based songs with additional instrumentation, which will surely elevate her compositions to a new level.

This two-puncher is too good to miss, make sure to get your tickets by following our link right here. You can pay a little extra and snatch some goodies from the artists, such as physical copies of their albums and more!

One of our favorite things about the underground scene is how bands start teaming up once they start discovering each other. It’s a sort of “Hey, I didn’t know you were into this!” kind of feeling. The Coil Room is that exact sentiment manifested as a gig of epic proportions both sonically and quantitatively. In this show, you can expect four outstanding bands that range from post-rock to math-core to a bit of dream pop thrown in for good measure.

We’ve got A Dos Días de Febrero with its crescendos and dreamy soundscapes; Montegrande and its potent shoegaze; WRRN with their searing guitars, and post-hardcore vocals; and of course Union Sovietica with their Talking Heads-ish vocals and off-kilter sampled beats.

Make sure to head down to Centro Cultural Batacazo and get your tickets following this link. JUST KIDDING! It’s free!

Though the name of this gig sounds hilarious, let me be the first one to let you know the bands playing will be mindblowing. In its second edition, Tropi Trash brings Los Peyotes and their wacky punk rock energy to the stage. If you’re looking for a band that will have you jumping around like a mad person then you’ll be happy to meet Los Peyotes in their natural environment. They won’t be alone, since El Exilio, a psych rock band that sounds like a shroom trip that is peaking, will also be part of the show.

Check out these bands and follow our link to get your tickets in advance. Centro Cultural Moscu is the place and we’re positive you’ll love it!

There’s not much else we could say about the groovy and incredibly talented Melanie Williams that we haven’t said before. Their albums and performances have set a new standard in the current music scene. Melanie tends to play solo sets but lately, they have been playing a handful of full-band gigs. This time our people from the southern part of Buenos Aires will get to experience El Cabloide in its complete format.

The gig will happen around the plaza Aristobulo del Valle so get a coat in case it gets chilly and of course, it’s totally FREE!