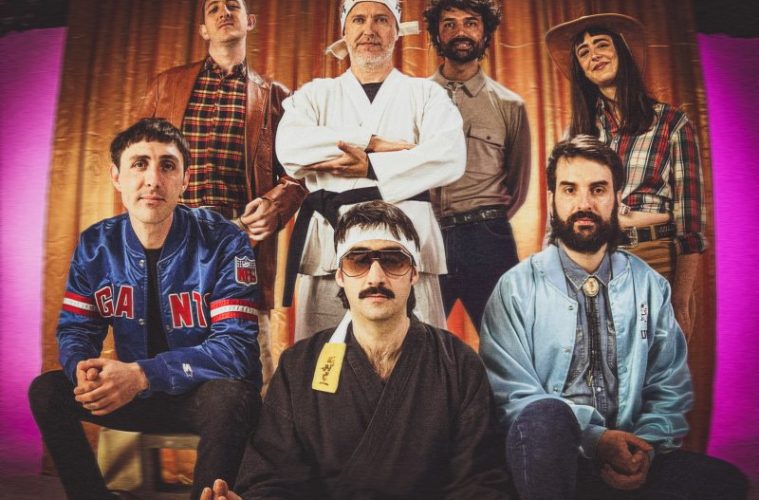 Kicking off into August it’s been a lot calmer in the city. I don’t know if that is just a reflection on my life or if it’s happening for everyone else, but I’m glad things are getting back to their usual crazy chaos — by which I mean the awesome shows happening all around town. There’s so much to do and so little time, but variety is the spice of life.

Whether you’re a local or fresh off the boat there are always killer gigs happening wherever you may be. Why not check out a show for yourself? This week in The Setlist we’ve got some rock nacional, experimental theater, and some twee electro-pop.

To promote your next show, exhibition, or other event with us, just fill out the form here and we’ll have it live on the site within 24 hours. If you’d like to be featured in next week’s Setlist, please enter a submission by the Monday prior to your event to be considered.

Unfiltered rock seems to be the goal for the team behind Ciclo Cosmico. A dish best served with filthy riffs and more solos than you can shake a stick at!

The pairing of Yony Linyero and Santi Moraes may seem strange at first but despite the huge difference in energy, it works. Moraes bring folky chill vibes accompanied by confessional lyrics, making every show feel like an intimate look into his psyche.

Meanwhile, balls-to-the-wall rock act Yony Linyero exudes a youthful energy, perfectly documented in their first ep EP TACULAR (2022). The band prioritizes having a good time on stage, which is a bit of a rarity when so many bands take themselves so seriously; this is probably the main reason I find myself coming back to their music.

Pick yourself up some of the last pre-sales before they sell out here.

Stripped-back R&B artist jjjulián is the solo project of Julián Sammartano and it takes influence from various international genre contemporaries with a sprinkling of Argentine spice.

His soulful voice is perfectly suited to the sultry setting of Congo. Backed by a full band, he’ll be performing a wide array of new tunes as well as his 2021 singles and the recently released song “dinamita“.

Also, it seems like he loves my little old country of New Zealand so extra brownie points for the Buenos Aires based singer and producer.

If you’re into smooth songs and even smoother beats grab your tickets here.

I like to always throw in the odd curveball, especially for the uninitiated to the local music scene or Argentine music.

Pablo Caputto has been a mainstay in the local rock nacional scene. With four albums under his belt it doesn’t look like the Buenos Aires-based pop-rock artist has any intentions of slowing down. While he can come across as a bit cheesy and overly earnest, the core song-writing has a lot of variety throughout his releases. He constantly evolves and experiments with new sounds.

Tati Diaz Bonilla, on the other hand, is a lot more laid back, with a much more jangle-pop feel. He was a member of various bands such as Saimons and Melena Boogie, usually fulfilling the role of primary songwriter but never lead vocalist. In this solo project, Bonilla is front and center, which allows the independent artist from Don Torcuato to flourish.

Get a dose of the iconic Argentine flair of rock nacional by getting your tickets here.

Mi Amigo Invencible are considered one of the most important bands in the local scene, after their debut album La Danza de los Principiantes solidified their place in indie history. Any discerning indie-head from Argentina has certainly heard of them.

The Mendoza-birthed band has been keeping people on their toes waiting for the release of their eighth studio album. Most recently, the band collaborated with Uruguayan songwriter and producer Martín Buscaglia on a track titled “OLIMPICA”.

Catch them before they go on their Mexico tour and snap up your tickets here.

Gente Conversando was my first proper introduction to the local music scene here in Buenos Aires. The founder of La La Lista actually took me to one of their shows, and that initial performance is permanently etched in my mind. Who the hell starts a show with National Anthem… I guess they do.

Gente Conversando will be showcasing their new album VS La Industria Musical with support from the electro-pop duo Matilda.

When it comes to Gente Conversando, no two live performances are the same. I’ve seen them in a variety of venues and the energy is always palpable, electric, and downright weird at times..

Matilda hail from the city of Rosario. The duo is made up of Juan Manuel Godoy and Ignacio Molinos. Their style ranges from twee dance music to really deeply reflective ballads. They count artists such as Julieta Venegas and Santiago Motorizado as huge fans. They were a completely new discovery to me but I’m quickly falling in love with their work.

Witness the weird and wonderful and get your tickets here.

DJ Beya’s latest creative venture Beya Durmiente is nothing if not experimental and daring.

With the aid of her brand of electronic music, she will take you on a poetic musical journey that doesn’t shy away from exploring dark, complex themes.

This performance-musical show is based on the novel Le Viste la Cara a Dios by Gabriela Cabezón Cámara. It is directed by Victoria Roland and stars Carla Crespo.