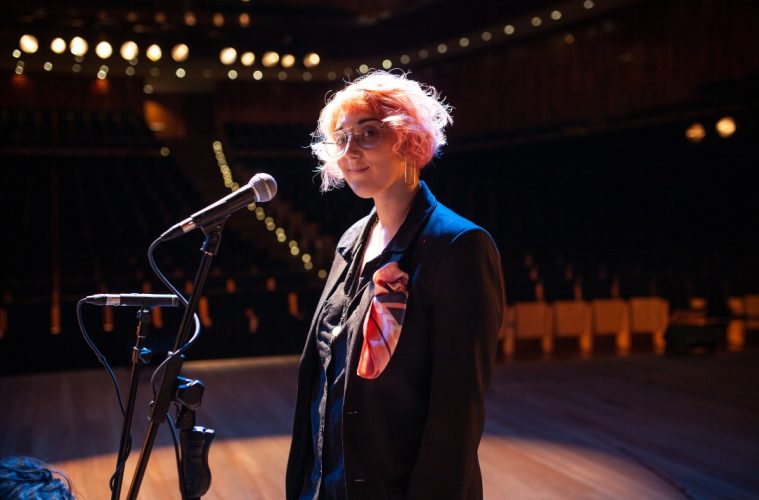 The Buenos Aires winter is really setting in and I hope you’ve all been staying warm!

I’ve been hibernating a little bit myself but I’ve still managed to muster the strength to still go see some kick-ass shows. This week in the Setlist we’ve got some exciting album releases and tasty jams, and these will all be taking place at some of the best venues in and around the city.

To promote your next show, exhibition or another event with us, just fill out the form here and we’ll have it live on the site within 24 hours. If you’d like to be featured in next week’s Setlist, please submit your event by the Monday previous to your event to be considered.

P.G.R (Paloma Gómez Rocha) will be hosting a night of music and sweet jams with an accompanying vinyl set towards the end of the evening. She will be joined by a wealth of talented musicians who will be performing songs written by her alongside some covers thrown into the mix.

She released a super wavy track back in 2021 titled “Caramelo’, a very stripped-back track which really serves to give Rocha the space to show off her natural timbre and beautiful phrasing.

Aguavá is the folkloric trio made up of Florence Lecot, Felicitas Lecot and Jose Latasa. The band conveys the classic tropes of folkloric music from Argentina but with a contemporary twist, using contemporary elements to transform their original and other classic works into something completely new.

Their most recent EP Jardín, a three-track offering delivers a range of beautifully crafted natural sounds which certainly resonate with at times sparse instrumentation.

The band certainly play off each other beautifully, which makes sense since they’ve been together for over 10 years and in this time they’ve developed a hell of a repertoire.

Ecay is coming back in 2022 with his newest album Cucharada Miel, the second release from the Buenos Aires-based artist.

The musical project of Julián Arozamena came from a previous project with Santiago Boscacci called El Caño a Yepes. After a hiatus from music, Arozamena reunited with his former bandmate to get together to create what would eventually become Ecay which also included a couple of other local talents from Rojas.

Arozamena has described the music from his latest album as being more or less an exploration of romance, eroticism and darkness.

Ire Paz will be presenting their latest album Edificios que se derrumban at the beautiful venue of QI Villa Crespo. They will be joined by a full band featuring the talents of Andres Breccia, Lucia Encursiva, and Santiago Cartier.

Paz’s latest release is refreshing in so many ways and lends itself to using a mixture of soundscapes which are layered on top of well-crafted compositions. While it is dark and broody the voice of Paz is so incredibly fresh and cutting that there is almost a bit of whimsy which carries through.

This will be a celebration of this work plus more so expect the unexpected with some special guests making appearances as well.

Seranima started as a duo in 2015 with Vale Berti and Mechi Chiappe. Much later Juan Sebastian Suriani joined on bass, Ignacio Mozetic on drums and Francisco Mazini on keyboards and guitars. They released their first self-titled EP back in 2019 and are on the precipice of releasing their first full studio album and this show will be a preview of these soon-to-be-released tracks.

Seranima has an emotive style of writing with beautifully crafted melodic tracks encompassing a wide of range of genres which at times is playfully soulful and then delicately sombre.

Accompanying the band is singer-songwriter Lautaro Matute. Back in 2021 he released his latest album Ser la propia casa. An explorative second solo album for Matute who can usually be found playing with an array of wonderful artists.

This second album was 2 years in the making and came about from Matute wanting to therapeutically address the changes which happened during this time and how his identity adapted into a new form.