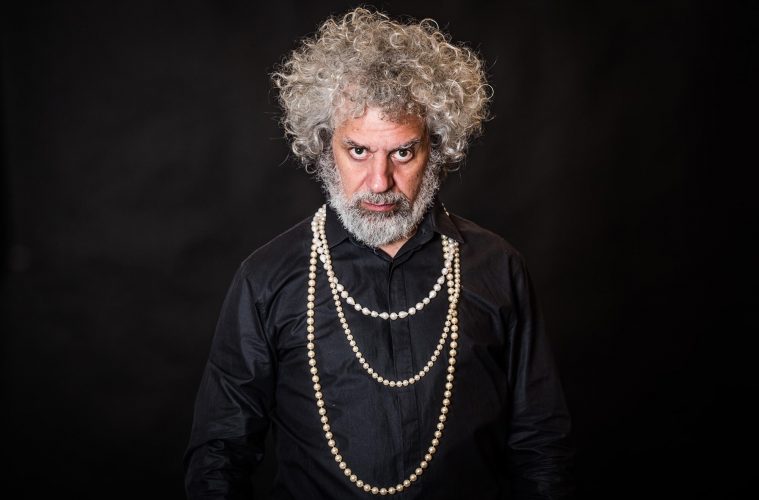 Bloody hell it is getting nippy!

Amongst the mist and fog comes a flurry of exciting artists putting on kick-ass shows during these winter weeks in this edition of The Setlist.

So put on your parka, chuck on your coat and make pace to your nearest music venue!

Want some free promotion for your next event using our events calendar?

Of course, you do!

Flor Saban has been playing music since she was a young girl which saw her attend the famed Juan Pedro Esnaola Music High School, after graduating she became a teacher herself in Tango and Folklore.

However, her solo project sees her make a total U-turn and instead she has chosen to harness a range of elements and styles to create her first album ‘La Flota’.

Using acoustic elements mixed in with electronic instrumentation we see Flor really explore a lot of themes and phrasing creating this interesting dynamic between natural sounds with these intertwining contemporary structures.

‘Gugl Maps’ has to be one of the standouts for me on this first release for the singer and producer and you’ll be able to witness it in all its glory.

Also, as a special treat, Flor will be bringing a full band with her and will be accompanied by an additional three voices to really carry you through an aural journey of epic proportions.

Joining her this evening will be the opening act Gala Magalí.

A rebel figure in the scene he established multiple projects which spanned many genres and he seemingly was able to adapt to a range of styles with great ease and finesse.

Obviously, the ’80s are long gone but that doesn’t mean that Rotman has stopped creating genre-bending tunes and his newest solo endeavours see him return with the company of Gabriel Muscio, Alvaro Sanchez and Saul Diaz de Vivar.

He has stated on his socials that this may be the last time we see him for a while so it would be in your best interest to attend.

It appears this will also be a farewell to his 2021 release ‘Odio’. A post-punky offering which saw the artist return to his roots despite his protests to never stepping back into the ring.

It seems sometimes a leopard can’t change his spots but this is in no way a bad thing, especially for any fans of his musical contributions.

Grab your tickets from Tickethoy here.

Upon the release of his third album ‘Viktor’, Tomás Calvano returns to the stage with a release which sees him with a collection of songs which are self-aware in their addictively poppy structures with jazzy tango nods sprinkled throughout.

It’s this cheeky tip of the hat which makes Calvano a really interesting artist.

He once stated his father was a big influence on his taste and how his style developed over the years by him spinning Jazz and Brazilian records throughout his youth.

Calvano has a band of fellow friends joining him on stage for this latest performance made up of Fernando Rodríguez on pianos, synths, and choirs; Franco Calvano on electric guitar; Sebastián Calvano on trumpet, Federico Cáceres on bass, Leandro Alem on percussion and Christian Faiad on drums.

Club Calavera has been championing music from the heavier side of the coin for many years.

A circuit that has been ongoing for over 13 years if you can believe that!

The team have come together once again to put on a hell of a show to tickle the fancy of any stud wearing, long-haired, black t-shirt adorning metalhead.

The lineup is looking downright filthy as well, with appearances from Montañas, MediuM, DIRTY ROOM and ASIMO.

Ranging from styles such as Sludge, Death metal, Thrash and much more.

It may be free entry but make sure to support the bands by buying some sweet sweet merch!

Singer and actress Julieta Laso has just released her fourth solo album ‘Cabeza Negra’, and to celebrate the doors of XIRGU UNTREF will play host to her new-age tango sound.

In 2010, Julieta Laso released her first solo album, Tango Rante, in which she performed tango and milonga classics together with a guitar trio. Between 2013 and 2018 she was a singer with the Fernández Fierro Orchestra, a benchmark for new Argentine tango.

Julieta has seen great success with her second solo album, Martingala (released in 2018), seeing her receive a nomination for the Gardel Awards as Best Female Tango Singer.

A classic education in the style with a modern twist, if you’re still yet to witness a tango music show this would be a master class from an extremely accomplished artist

It’s very hard to not look at a tv music competition competitor as nothing more than a product of a team of producers looking to create a story.

However, Victoria Bernardi has shown the naysayers that she is a hell of a lot more than that and judging by some of the artists she has shared the stage with in recent years it just shows how much dedication she has put into her craft.

Her last release ‘LOTO’ (2020), shows how much the young artist has matured over recent years and shed this previous persona to unlock something far more personal and intimate.

In this show, Bernardi will be previewing songs from her new album as well as showcasing her new direction with an acoustic show.