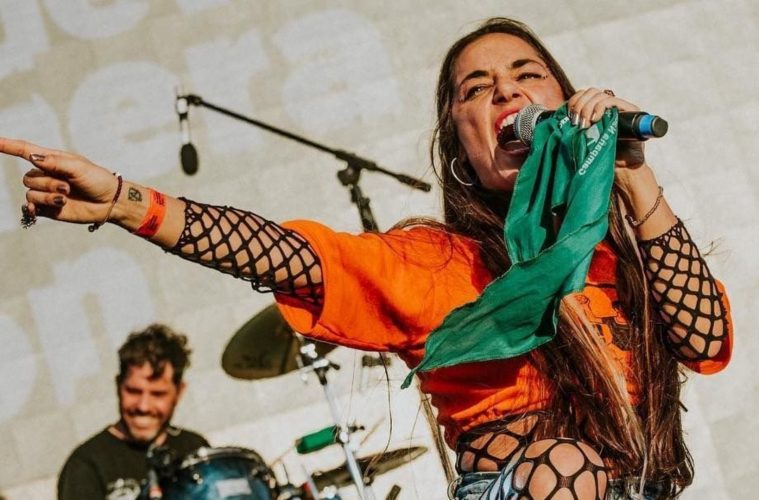 We hope you all enjoyed the midweek holiday, I certainly know I did!

There is nothing greater than getting wild on a Tuesday, we can all agree that any day can be Friday if you can bring the right energy and we’re bringing you some more positive vibes and more awesome shows.

Despite the temperature dropping, we’ve got some cracking musicians bringing top-quality performances to see you through the chilly season.

This week we’ve got something for the Hip-hop heads, Indie kids, and Melo-philes always looking for the freshest acts in this edition of The Setlist.

Want some free promotion for your next event using our events calendar?

Of course, you do!

GERO is the musical project of Gerónimo Cornou, he is very much riding the wave of modern Argentine Rock but he’s also going off-piste to establish his own unique path.

His latest album ‘Adentro’ which was only released a matter of weeks ago demonstrates his malleability with a variety of sounds being explored with some somber ballads mixed in with anthemic tracks such as his collaboration ‘Preguntas’ featuring Flor Lavaglio with an epic gospel-style vocal backing which pulls everything together.

In this show, Gero will be showcasing songs off the new album and a few surprises will be thrown in for good measure.

The 130th edition of Frescura is this coming Thursday at the mighty Matienzo!

It’s an impressive number of editions with an all more impressive lineup featuring the likes of Penny Peligro, Emily And with her full band, Osar, and Aguerrido & El Pow

It’s been said that no two Frescura’s are ever the same and are constantly full of surprises.

If you haven’t witnessed Penny Peligro, I’d highly recommend you do so as soon as possible. Her last album ‘La Fuerza Suave’ (2020) was a definite highlight release for me that year. A washy cacophony of wavy guitar music with crashing drums culminates in Penny’s voice carrying you through this sea of chill vibes.

Also, fellow LLL homie Emily And will be returning with her band in a full extravaganza I’m sure. Ann will be performing off the back of a full to the brim performance at La Tangente celebrating the release of her album ‘Spilling the porotos’.

There is something undefinable about her new set of tracks and each turn feels like a completely different direction yet it all gels together to create a welcoming listening experience.

Grab your tickets from Passline here.

Since 2016, Amanda Pujó  has been part of the duo Oxymora as a composer and singer, a project which combined Spanish with French influences alongside Margaux Zimmermann

However, during the quarantine year and with the help of music producer Luciano Farelli, she was able to release a range of singles that would lead to the release of her debut album “Nuevos Silencios“.

Her latest first solo release exudes sensitive but raw emotion, sharing elements with traditional folk lyrical content but with elements of trip-hop and more spacially resonant sounds. Although, there are far more aggressive tracks that break up this album into also a rather boppy sort of pop/rock offering.

The meteoric rise of Sara Hebe the Trelew-born rapper has been unquestionable, kicking off her career in 2007. Hebe has never been shy to touch on some of the more taboo subjects in her music and her unshakeable confidence and swagger have been the reasons she has gathered such a devoted fanbase.

The release of her newest album ‘Sucia Estrella’ sees the now Buenos Aires-based artist taking further steps to expand on her already wide variety of influences ranging from rap, punk, cumbia, and reggaetón

Hebe even most recently released a badass song with Juliana Gattas from Miranda!, it absolutely slaps.

Hopefully, this could mean some cool guest appearances at the show but I guess you’ll have to wait and see!

Finally, Mera is a super fresh act and it seems they have only formed a matter of months ago and have already developed a super afro Caribbean sound with their extremely tight 10-piece band.

Watching their taster performance of ‘Coques’ was all the proof I needed that it was going to become my Sunday evening plans.

This will also be their first official live performance on stage so show some support for this new group and grab yourself a ticket here.