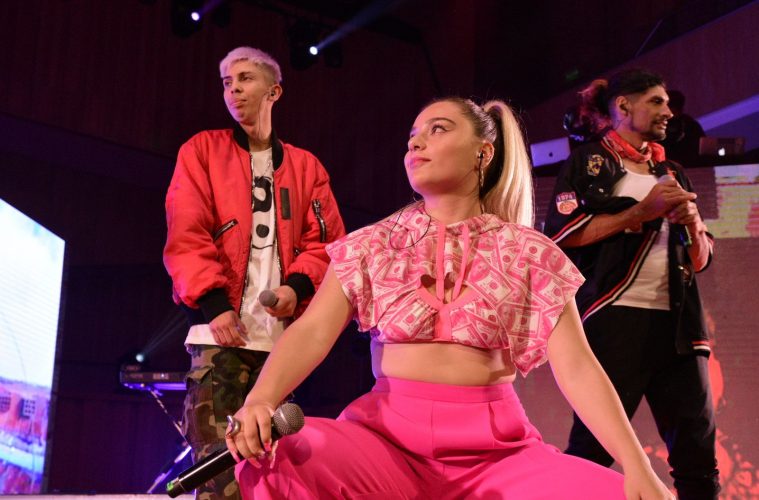 Among all the craziness that this city brings, we’ve been able to dish up some delectable shows hot off the press. Welcome back to another edition of the Setlist!

We like to mix things up here all the time at LLL HQ and, because of that, you can bet your bottom dollar that no two editions will ever be the same. This week we’ve got some indie goodness, Latin Big Band Pop and rockabilly madness.

Want some free promotion for your next event using our events calendar? Of course you do! To promote your next event with us, just fill out the form here and we’ll have it live on the site within 24 hours. If you’d like to be featured in next week’s Setlist, please submit your event by the Monday previous to your event to be considered.

La Biblioteca won’t be playing host to a live poetry reading this Wednesday evening, but it will have one of the wildest collaborations I’ve seen in a long time.

First there’s Villa Diamante, who became infamous in the local electronic scene because of his club nights at Niceto called “Zizek.” Diamante became a fixture of the scene and organized one of the best-known parties, which resulted in mentions in The New York Times, as well as being chosen as the best Buenos Aires night events of 2007 in Clarín.

Joining him will be Rumbo Tumba, the live-looping project of Facundo Salgado that uses a mixture of traditional acoustic instruments. It is insanely addictive to watch and the sheer passion expressed during his performances is something to behold.

Don Plok will surely deliver a very solid set, creating beats on the fly and serving up some solid improv. He’s a mixing chameleon, so I’m sure you’ll be getting something extremely fresh this evening.

Finally, Charru will be delivering some tasty jams to get you fired up for the rest of the week!

Rosse Loudi is the musical project of Florencia Quevedo, an Argentine singer and songwriter from Beccar.

Signed to local label Suena Eh!, Quevedo had the opportunity while still in her teens to release a variety of tracks through the label. This has led to some pretty spectacular opportunities for the young performer, including performing more recently at Quilmes Rock.

This year, she released her latest single, “Más de 3“, an unabashed pop/reggaeton track. This includes some proper filthy beats and her wide-ranging voice being complimented by extremely tight production. In this intimate show, she’ll be playing acoustic with a mix of originals and covers for the evening.

Fresh off the back of their second album La Tormenta, Julepe will be performing alongside the mysterious outfit Los Afectos.

Juelepe has traditionally delved into indie pop, with a strong emphasis on light synths, but their latest album shows that the band is leaning towards the dark side. Expect to hear some more heavy riff action and filthy tones coming through.

Meanwhile, Los Afectos have started making a name for themselves with their brand of pop rock which leans into Flower Power territory. This is evident given the fact that one of the members seems to be exclusively a tambourine player, which is a winner in my books.

The Mendozanites Gauchito Club are making their much-awaited return to Buenos Aires!

The band has developed a huge sound, which incorporates Latin Big Band and pop elements, and is making waves with their latest album, El camino de la libertad.

The changes are evident from their initial formation, with the band sprinkling other genres into the mix. This new album is certainly exciting and proves the band has longevity because of their ability to constantly push themselves into new domains.

Also, fresh from a round of gigging and their appearance this year at the Cosquín Rock festival, this will be a hell of a show to bear witness.

BOOM BOOM KID, the ex-frontman of the infamous FUN PEOPLE, returns to Niceto with his powerful punky rockabilly project.

BBK is an accomplished artist who has recorded over 300 songs and over 20 self-produced LPs, all through his own record label UGLY RECORDS.

Nekro’s high-pitched voice has always been his USP, alongside his use of unique language in his lyrics, which he has described as “tum tum lunfardo.”

Although his voice can range from the most guttural bass to the most difficult-to-reach highs, his energy is always palpable and you can definitely expect to see some crowd surfing.