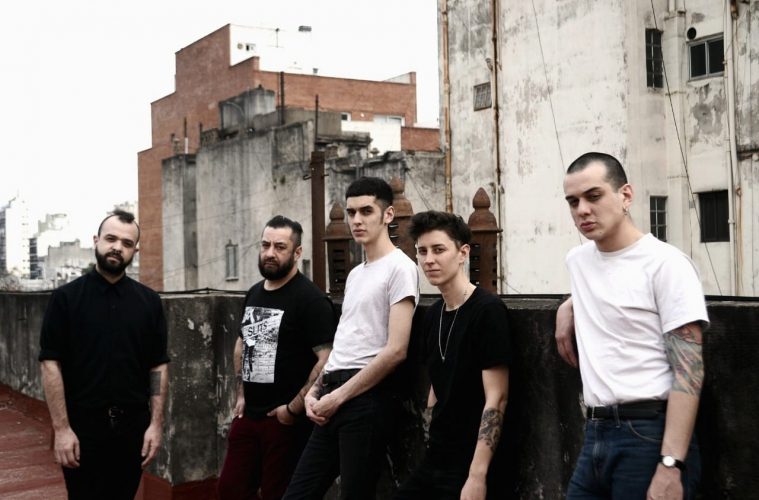 Who would have thought that we’d have a little festival season for you people just as May is rearing its head? Well, we’ve managed to find some ciclos and festivals this week and variety is the name of the game, as always. We’ve got some post-punk, some folk, some cumbia, and even an entire noise festival for all of you who love getting your brain matter tickled. Since there are ciclos and festivals, make sure to follow all the artists and show support. Remember that sharing is caring and the more you guys support artists, the bigger and better the shows get. We are super excited to share some of this week’s shows so let’s go!

Amores Brujos is making its prodigal return to the doors of Lucille, bringing with it all of the sights and sounds of tango.

The second edition of this festival will see a wide variety of live performers with talents such as singers Lautaro Mazza, Cucuza Castiello and Kaori Orita hitting the stage. Joining this crooning collective will be the trio of La Cruz, Heler, and Nikitoff with the Ariel Pirotti quartet also getting into the mix.

In particular, Cucuza Castiello is one of the standouts of this tango experience seeing as he has been a proponent for many years of mixing the somewhat strict style with more contemporary rock and even ska being featured in his most recent release, ‘Menesunda’ (2019).

Also, if you’re looking to show off your stuff on the dancefloor, I’m sure this would be the place to throw down.

To say that post-punk has seen a little bit of a comeback in recent years would be a massive understatement. So much so loads of new post-punk revival groups have appeared in the last years. If you’re in the mood for the hypnotic and somber sounds of post-punk and early new-wave, then you’re in luck! Pyramides, one of the most popular post-punk groups in Argentina will be presenting tracks off their latest album Amalgama with Mujer Cebra and Nenagenix, two amazing shoegaze/post-punk outfits that bring the much-needed heat our city needs in these cold, cold days.

Make sure to head down to La Trastienda and snatch them tickets by following this link right here! Remember you can still get tickets at the gates but you can get them cheaper through the website. See you there!

Psychdelic pop powerhouse of Niños Envueltos is bringing some wavy vibes alongside the wild boys of Gente Conversando at La Tangente this Thursday evening.

Niños Envueltos has been busy over the last few years releasing absolute banger after banger album with their unique approach to writing also being a manner of them farewelling each album to depart into the open sea of psych-pop with each release having its own unique personality.

Their latest proves this further with ‘La palabra inúti’ (2021), almost bridging its way into shoegaze/neo-psychedelia reminiscent of Spaceman3/Spiritualized before then U-turning into indie-rock bops.

Meanwhile, Gente Conversando has a seemingly undefinable presence that bridges punk, experimental, chill psychedelia and at times even noise which makes every show a spectacle to behold and their general aura has made every opportunity I’ve had the pleasure of watching their enticingly addictive performances and they never disappoint. Easily one of their most mindblowing tracks being the chaotic ‘Drama Intrafamiliar’.

One of the most eclectic little festivals has made its triumphant return this week with a crazy lineup. Anti Pop Pop Club has brought a very crunchy and heavy couple of bands onto the stage this time, as Rosamonte, Sentenciero, and xdistantex will be representing some of the hardest hardcore around. However, Kuri and their noodly math-rock/emo tunes and El Orden de Todas Las Cosas with their proggy roots will be offering some tasty variety in the mix. If you’re down (hopefully not with the sickness), make sure to go to CC Victor Jara this Friday!

The tickets can only be purchased at the gates so no need to follow any link!

It’s exciting times for Juan Lopez as he will be doing his first-ever solo show at the notorious Niceto Club.

Lopez is still reasonably fresh on the block and it was crazy because I actually found him myself through one of the more leftfield collaborations birthed from the ‘Telescopios’ remix album ‘Vol .2’

This led me down a rabbit hole to discover his stellar performance with fellow RIP Gang collaborator Quentin on the rooftop of a building performing “Azul” and “Me Gusta Que Me Odies”.

I’m sure Lopez will be playing tracks off his freshly released EP ‘EN EL CIELO’, a tidy mix of chill-out tracks with influences of Caribbean sounds and tight production.

Yet another fantastic festival for all you beautiful people! This time it is the brand new Fiesta Fulgurante and their amazing lineup with a truly festive touch. This festival will feature Mujercitas Terror, one of our favorite Sonic Youth-esque acts. Fulgor will be hosting the event with their dense showgaze tone and their angular riffs and Rolando Bruno will bring some booty-shakin’ cumbias to the gig.

This will be going down at Teatro Mandril, one of our favorite venues in the city. Make sure to get your tickets before they run out!

Shitstem, the Mar del Plata born project of Juana Passeri certainly doesn’t pull any punches with her strong lyrical content reflecting her views on the broken systems of the world.

Her latest release ‘Detox’ definitely showcases her incredible ability to bounce with beats with a cadence which is cutting and ridiculously smooth at the same time. Also, I’d be remiss to mention her incredible performance at the Kirchner Cultural Center in front of none other than Alberto Fernadez.

Joining her will be Gordo Larvo alongside her band Les Shakires. Her groovy flow is undeniable and the interesting part of her story is that she seemingly came out of nowhere to great success.

Having performed two sold-out shows last year without having a single track released it really goes to show that Gordo Larvo obviously has enthralled audiences by her live presence alone.

Los Bicis are presenting their latest album at Strummer Bar and they’ve invited two of some of The Setlist’s favorite artists to join them at the gig. First, there are the staple indie rockers Amplilabial who’ve been playing songs off their aptly named “2020” album. Also, folk singer-songwriter Biloba will be delighting us with some of her quaint yet powerful set of songs as well.

As stated before, the show will happen at Strummer Bar, but please remember that you do need to get your tickets in advance for this show, so go and grab them here!

We are ending this week’s recommendations with a proper noise show. Yes, we are no strangers to abrasive music and that’s something that we’ve proven in the past. This time the gig will be another little ciclo called El Cauce de Los Rios. In this third edition, they’ll be featuring a handful of artists. First, there’s Jula Castro’s experimental midi-based electronic antics, then there’s Vera Nois and her wild and outlandish tracks, Diego Scagni with his industrial noise set and nonoise79 with even more noise to tickle your brain the right way.

Sprint towards Club Cultural Morrison and grab at the door! It’s not often you get a noise show during the weekend so definitely go and check these artists out!