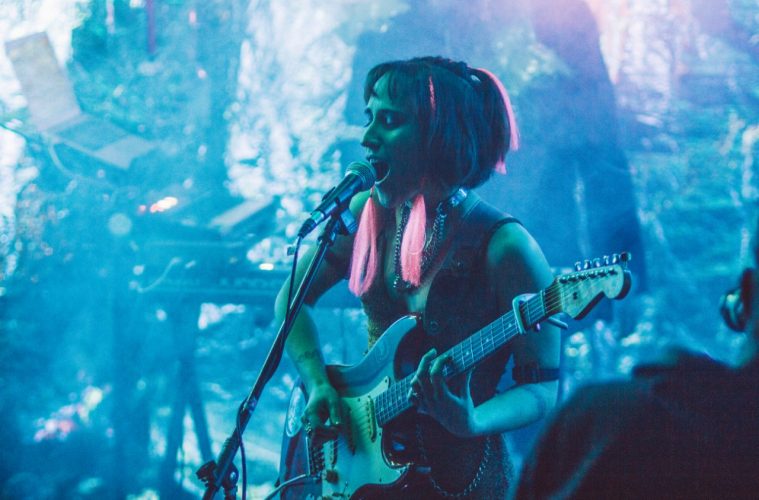 La La Lista would like to welcome you back to our beloved weekly live music agenda! Even if there’s a tempest outside and the weather forecast seems to give us pretty grim news, we’d never leave you hanging!

This week’s Setlist has got a lot of variety so get ready for everything ranging from dub, reggae, post-punk, electro-indie, and even some cumbia for those who want to shake their bums. We’d love to see you people enjoying these shows as much as we love bringing them straight to your feed. Without further ado, buckle up and follow us into this week’s Setlist!

Our weekly selection of shows starts with a match made in heaven. Pulover will be playing a memorable set featuring songs off their latest full album “Final del Cuento”. We are eager to hear songs from this record live since they offer a nice change of pace from what Pulover had been doing up until this point. Miguel Ward, an artist that we admit not having heard about before will be joining Pulover on stage. Our interest has peaked, as Miguel offers a brand of deeply atmospheric indie-folk with some electronic elements thrown in for good measure.

You can get your tickets by messaging Rabia Bar, where the event will be taking place. Or just hit this link right here and let them know you’ll be going!

It’s been quite a while since we’ve featured some reggae bands on The Setlist. So here they are and in a double feature format! We’ve got Mad Era with their super refined and tightly produced tracks that have become a staple of the local scene. They’ll be joined by none other than Resistencia, one of the classic and revered reggae groups of the entire scene. So grab a bit of that sweet devil’s lettuce and head down to Club de la Música for some reggae and dub tunes.

Club de la Música works with Eventbrite for their ticketing so make sure to follow this link to get your tickets before they run out!

This one is bound to be an absolute mind melter. We’ve got Tomi Porcelli, one of our favorite musicians in the local scene who’s been making waves with the release of his album “Pausa” in 2021 and who’s been exploring different sonic avenues ever since. Then there’s the gargantuan and atmospheric Gi Pegnotti, whose music sounds like something Aurora would do if she lived in Argentina, loved mate and bizcochitos, and had a slightly more electronic approach. We strongly encourage you to give this pair a listen since they’ll be playing in a full band format and ain’t that always exciting?

This will all be going down at Casa Brandon, an amazing venue filled with amazing people running it. It’s a great opportunity to go and show your support! Get your tickets for the show right here!

Morrison Club will be hosting a really good one right here! This two-punch combo has got two amazing bands that push the envelope in new and exciting ways. First, there’s Deportivo Aleman, a band that’s managed to balance The Cure’s dark and borderline sinister vibes with argie rock’s more upbeat sensibilities. They’ll be sharing the stage with Los Sub, a band that oozes fuzz and blaring guitars with shoegaze vocals.

The tickets are flying so if you don’t want to miss them, make sure to score some by following this link right here! Just kidding! It’s FREE!

Previously known as BIFE, Ivo and Javiera are back at it with a batch of hot and spicy tunes that will harken back to their BIFE era but with a twist. For those who might not be familiar with the duo, Ivo and Javiera used to play songs that pulled from a wide array of genres going from cumbia to tango. Their songs are unapologetically queer and socially charged and it’s super important to listen to their lyrics to see how their idiosyncrasies permeate all their body of work.

We are excited to hear what Ivo and Javiera will bring to their live shows now that they’ve shed their skin and seem to be working on some new stuff! Save the date at Camping BA and get your tickets here!