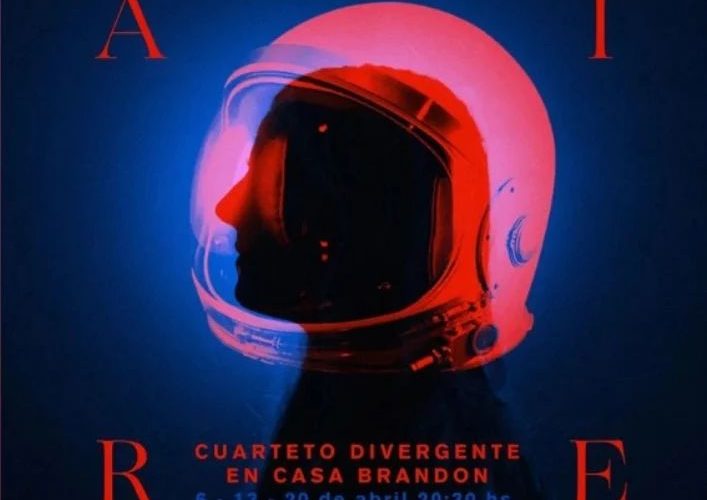 We’re back at it again with more shows, more music, and more craziness than you can shake your fist at! All the big summer festivals are on their way out making room for the more intimate and individualistic endeavors for us Buenos Aires bunch.

This week we’ve got some cool quartets, trap kings and queens, and punky folk in this edition of The Setlist.

Starting off the week with a string quartet definitely seems like a bloody fabulous idea and ‘Cuarteto Divergente’ will playing at the lovely Casa Brandon.

The last time the quartet played they featured guest artist BB Asul and I have a sneaking suspicion this may be a common occurrence — you may be in for a treat to a special guest performer.

One of the members, Alejandro Terán most notably presented a trap orchestral project at the CCK called ‘La Trampa’, which featured local artists from within the scene such as Ca7riel, Paco Amoroso, Taichu, and more.

While this is a more restrained concert it won’t mean there won’t be some extraordinary playing going on within the walls of Casa Brandon.

Tickets are available from here. Be sure to buy quickly because numbers are limited!

Keity Moon off the back of her latest video release for ‘Cristalina’, will be performing at the very trendy Congo Club.

Keity (Catalina Martin) has been working alongside her band Lxs Reales to create some pretty lush pop tracks mixed in with some downright filthy beats. It is certainly guaranteed there will be the appearance of a few special guests such as Matt Montero and Agustin Ceretti.

Joining them will be trap artist Rorro and Uruguayan producer Lila.

The show is certainly a phenomenal mix of showcasing some of the finest slick production to come out from this side of the equator.

The three-piece indie pop Platanese band of Las Bermudas definitely captured my attention when I first caught wind of their release ‘El Rito de los Trece Megalitos’, I would be lying if I didn’t say I was utterly confused at first by their style of production and approach to pop structures.

However the more I listened to them the more I understood the approach of the sometimes twee-sounding synths then mixed with at times psychedelic elements and driving drums. It’s incredibly addictive.

The band has certainly evolved a lot from the original self-titled 3-track EP which is the most tightly compacted taster of the band which I still find myself loving even after repeated listens.

Meanwhile duo Media Hermana has a far more spacious sound to them with long sweeping swells with lightly fingerpicked guitar coinciding with sharp drums sounds. This combination is the perfect bed for vocalist Raque Luco to lay her somber voice producing a silky wavy ambiance.

Finally joining them both is Glass the duo of Lu Glass and Magdalena Seeber, the group was formed in order to perform tracks from Lu Glass’s debut album and this soon transformed into a fully developed project. The band will certainly be a great compliment to the other but ‘El Rayo’ is certainly a spiritual experience that needs to be heard live.

Emily And presents: Spilling The Porotos at La Tangente

Our very own Emily And is going to be performing tracks from her brand new album ‘Spilling The Porotos’, alongside a wonderful motley crew of talented friends who will bring her songs to life with Emily utilizing a full-live band.

Having released her latest album at the end of 2021, Emily has become a staple part of the local music scene and has collaborated with some of the finest musicians in and around the city.

She boasts an extensive back catalog of fantastic music with one of her most extraordinary projects being a ‘100 canciones en 100 días’ which is a testament to her creativity as an artist challenging herself at every point.

The show is a culmination of years of material and experience which will see Emily put together a spectacular show with many surprises in store.

What could be better than some solid rock and some good food to boot!

Tintoreros is a hardcore metal band formed in the early 90s consisting of members of Japanese descent and origin. The band has shared the stage with notable acts and performers such as Cypress Hill, Marylin Manson, and Pantera.

Also, who could resist seeing them especially after I tracked down this throwback vid of them looking boss as hell.

Alongside the hardcore hoodlums will be Un Brujo Leche the project of ex-Brujos bassist Sergio Moreno (Lee-Chi) and Panaderos which if you just look at their outfits alone seem to ready to bring the heat to the stage and the kitchen.

You can grab your tickets to the show here.