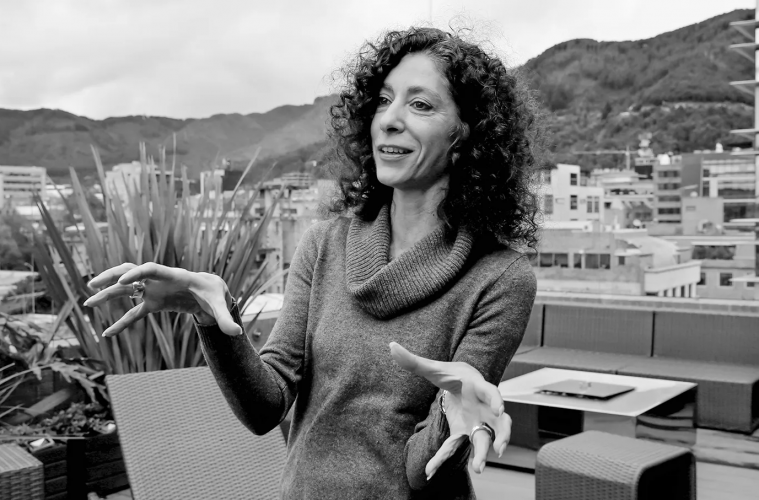 Leila Guerriero and the Art of the Profile

A one-handed magician. An eight-foot giant. A savant pianist. An assassin with a preference for the use of poison. A soybean millionaire. A Chinese supermarket clerk. A rock musician with Down syndrome. A squadron of May Kay peddlers. A beef kingpin turned suburban powerbroker.

These people, along with countless others, have served as subjects for the provocative, surprising and deeply intimate biographical portraits of the Argentine journalist Leila Guerriero. In the age of Instagram, biopic streaming and the terse, tattered patchworks that are Wikipedia entries, Guerriero tirelessly strives to bring the art of the profile to a point of perfection. Through methodically rigorous observation and skillfully penetrating interviews, she crafts long-form narrative texts that arrive at the very marrow of her subject’s essence, discovering underlying complexities in the simplest figures and casting the most obtuse characters in a humanizing light. Her texts, in short, turn real stories and real people into literary art.

While today her name rightfully integrates the list of Latin America’s non-fiction heavy hitters, Guerriero’s incursion into journalism was both unexpected and fortuitous. During her childhood in the provincial town of Junín, the young Leila spent endless hours reading Ray Bradbury and Rimbaud, filling notebooks with love poems and science fiction stories. After moving to the bustling Argentine capital in her late teens, she humbly left one of her short stories with the receptionist of Página/12, addressed to the newspaper’s director and founder, Jorge Lanata, with the faint hope he would consider it for a seasonal supplement that occasionally published reader submissions. She was astonished when, a couple days later, she saw her story printed on the daily edition’s back page, a slot normally reserved for the newspaper’s most prestigious pens.

Shortly thereafter she received a call from Lanata himself — “It was like talking with San Martín”, Guerriero later recalled — who offered her a job as a staff writer. “Go out there and defend yourself however you can,” the director told the novice Guerriero. “Whenever they close the door on you, don’t knock; just kick it open.” From there on, she spent the better part of the 1990s cutting her teeth on the Buenos Aires beat.

Leila’s breakaway from the news desk began when Argentina itself was at a breaking point: the infamous and unparalleled 2001 crisis, which triggered five different presidents in little over a week, dozens of deaths at the hands of police, the freezing of bank accounts nationwide and the reduction of the country’s nearly 40 million inhabitants to an economy of bartering and looting. In the wake of the chaos, Leila took a gamble with something all others were ignoring: suicide.

She used her annual vacation leave to visit Las Heras, a sparsely populated backwater oil town on the harsh, windswept plateau of the Patagonian province of Santa Cruz, where a suicide endemic had claimed twelve lives in a little over a year. After rigorously crisscrossing the town to interview family members, local officials, oil workers, prostitutes and radio personalities, Guerriero strung together the narratives of the broken lives so tragically taken, chronicling the bizarre and horrific phenomenon that was at the time completely absent in the nation’s media agenda.

When she began to look for a publisher, more than once she heard, “People don’t want to hear about suicides, it’s too depressing”. One interested editor told Leila, “Perhaps it’d be better to give all your material to a more renowned, more well-known journalist, so he can write the book. And we can pay you for the reporting.”

Appalled by the prospect of bastardizing her project, she continued her search and eventually found an honest publisher; in 2005, her first book, Los suicidas del fin del mundo, hit shelves, marking path that would lead to Guerriero’s coronation as one of Latin America’s most methodical and inventive non-fiction writers.

So diverse are her subjects and so engaging her profiles that some critics talk of the “Guerriero method”. What is it exactly? What is her trick, her secret? According to Leila herself, nothing. “I do what everyone else does”, she affirms. “My method is insistence”.

Such insistence can be seen in the depth and patience of her projects. For three years, Guerriero observed Rodolfo González Alcántara, a contender in the nation’s foremost malambo competition, a traditional male Argentine folk dance, held annually in the small town of Laborde, Córdoba. Guerriero accompanied González Alcántara, an Argentine “Billy Elliot” of sorts, born into a modest family of farmworkers and uncompromisingly committed to folk dancing, to his training sessions in Buenos Aires, on visits to his humble hometown in the province of La Pampa, and during his competition attempts in Laborde.

Finally in 2012, he obtained the top slot, winning neither money nor prizes, but only a small trophy and the nonpareil title of champion, simultaneously giving Leila the epic finale her narrative needed. The following year, she published Una historia sencilla, later translated as A Simple Story: The Last Malambo, further evidencing her underlying thesis that even the simplest stories, when rigorously researched and elegantly told, can be transformed into captivating and enlightening narratives.

“When speaking about art or literature, people always imagine fiction, they don’t consider non-fiction as a vocation or as a possible art form” she explains. “Many non-fiction writers don’t need the validation of fiction. We are just fine telling real stories and we feel that they are a form of art.”

Her method of insistence isn’t limited to her field work; it’s also central to her writing process. “I’m not a fan of the torture cliché,” she says of her writing ritual, “but every time I sit down to write, I desire with all my heart to be something else — a rock singer, a fashion designer, a stunt double, any profession that saves from the weariness of those monotonous days.” After disconnecting her phone and disabling her internet, she begins a stint of 16-hour workdays that can stretch on for months, interrupting her reclusion only to buy bread at the supermarket and hurry back to the keyboard.

Her third book-length profile, Opus Gelber, an intimate portrait of the virtuoso Argentine pianist Bruno Gelber, appeared in 2019. But these books were interspersed with countless profiles and chronicles printed in magazines, newspapers and anthologies at myriad latitudes throughout the American continent. In 2010, Guerriero won the prestigious Fundación Nuevo Periodismo Iberoamericano Prize for her chronicle El rastro de los huesos in which she narrates with both beauty and terror the work of the Argentine Forensic Anthropology Team dedicated to identifying the remains of the 30,000 people clandestinely kidnapped, tortured, killed and buried during the country’s last dictatorship.

Her latest release, Frutos extraños, appeared last year; it’s an expanded reedition of an earlier anthology of her work and includes some of her most iconic profiles: that of the rock superstar Fito Paéz; the serial assassin Yiya Murano, who insisted on her innocence until the day she died; and Jorge “The Giant” González, the eight-foot NBA basketball player, professional wrestler and all-around marvel, to name a few.

If there’s a common thread in the vast profiles that populate Guerriero’s bibliography, it’s her committed faith in the artistic possibilities of vigorous and determined non-fiction writing. In era when information has become a cheapened commodity, excessively available in its crudest and most disposable forms, but steadily sparser in more refined states, Guerriero virtuously defends the capacity of journalistic fact to produce literary beauty using nothing more — and nothing less — than the figures, characters and personalities that populate the everyday.