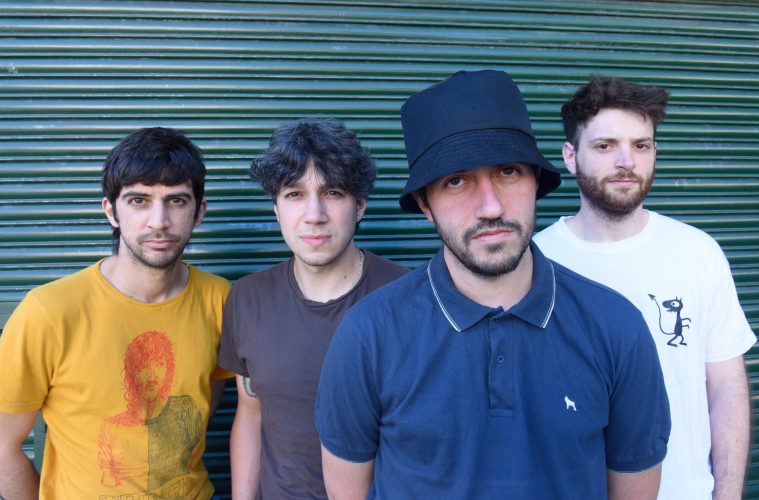 Hopefully, you made the most out of the long weekend and had a wild Carnival and made it out alive. I’m certainly feeling the after-effects of the party hard week but they say there is no rest for the wicked. So let’s go!

Despite all the crazy weather, the shows must go on and we’ve got another great smorgasbord with a hell of a lot of variety to satisfy every craving.

We’ve got an events calendar. If you have an event you’d like to promote, just fill out the form here and we’ll have it live on the site within 24 hours. If you’d like to be featured in next week’s Setlist, please submit your event by the Monday previous to your event to be considered.

Paralelo 33 is made up of percussionists, Martín Diez, Pablo La Porta, Marcos Cabezaz and Fabián Keoroglanian. Their latest show will see them perform tracks from their newest album “Hora Cero”, live for the first time. These pieces are a collection of adaptations of the work of legendary tango composer Astor Piazzolla.

Intricate uses of marimba, drums, and various other percussive instruments pull together to create a smooth and driving feel. For the uninitiated, this is an animated group that are aiming to explore deeply the borders of tango music and experiment in the outer realms.

You can grab your tickets here today.

Local trap legends will be taking over Otra Historia this Thursday with a killer lineup of local new and old talent.

The scene in Buenos Aires is only getting stronger and stronger by the year.

Trap princess SAYI seems to have found her own unique place in the scene with an infectiously unique voice and cadence which is only complimented by the savagely viciously dark production.

Roma has a fantastic understanding of using creative tempo changes to build out intensely deep bridges and works with a variety of everchanging producers. This makes him malleable to any beat and he flexes that with gusto.

Loli 100K who recently released her track ‘Fast Japanese’ has definitely got me excited to see where she’ll go next. This breathy track is a lot more restrained compared to her usual offerings but it’s definitely a bop.

It’s free entry but obviously, make sure to donate to the artists performing on the night.

Festival Musica Expandida returns in 2022 with a fresh lineup and even more experimentation at the beautiful lil spot, Roseti Espacio.

You can expect to hear a wealth of interesting noise projects including the likes of Yoto, Nudo, and Buleria Ensemble.

The collective of Musica Expandida has been championing the creative minds behind some of the most exciting noise music coming from the city and beyond.

If you’re a newbie to the scene this would be your best masterclass to check this genre out for yourself.

You can grab your pre-sale tickets here.

DEEKO has been freestyling since the age of 12 so it’s no surprise that he has carved out a nice fanbase in CABA.

Despite taking an extended hiatus from rapping, in 2012 he formed a post-hardcore, metalcore and punk called band De Mi Sangre. However, in 2017 he returned to freestyle competitions in the north of Buenos Aires.

Now he’s taking the time to record more tracks, play more shows and show the people of BsAs why he is probably one of the most prolific freestylers in the city.

You can grab your entries here!

Bestia Bebe hailing from Boedo is made up of four friends who love writing and performing songs that talk about friendship, the neighborhood, football in all its dimensions, cars, and love.