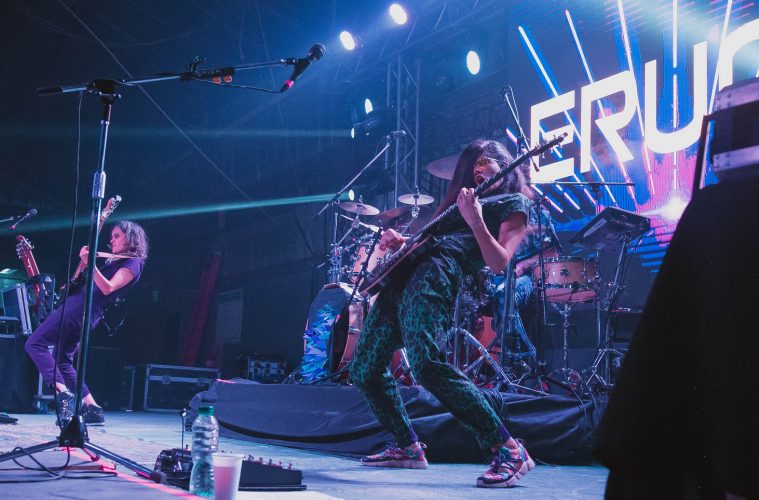 Well, well! If it ain’t our faithful reader. It’s your boy Eze back at the captain’s steering wheel, taking you to Live Music Island. Last week’s Setlist was an absolute blast and you’ve got our breathtaking kiwi freak, Jamie, to thank for that. We’re starting this 2022 name-dropping ourselves cause hey, it’s cool to know who’s behind these agendas! We’re excited to bring you a week brimming with shows ranging from deeply atmospheric to epic both in sound and concurrence! Festivals? We got ’em. Solo artists? We got ’em. Stick around and find out what’s all the fuzz about. It’s The Setlist, bebitxs:

Following the release of his latest single “El Más Vendido”, Nahuel Briones is taking his renovated band to Camping for an open-air, booty-shaking set. We’ve been following his work very closely even from when he used to play with the Pera Reflexiva ensemble and it’s crazy to see how many different genres he’s explored (some big highlights are his lockdown show song versions).

Ever since his string of shows at Morán and his return to the stages, we’ve been loving Nahuel’s new sound. The nuances are there in little but significant things such as the live mixing and the midi-guitars that really give tracks from “El Nene Minado” a much richer instrumental layer. If you feel as excited to see what he’ll have in store for all of y’all then make sure to hit Camping up and get your tickets. We don’t want you to miss out!

Presenting her brand new album “Criolla”, comes Barbarita Palacios. It’s not often that you find artists who can pull off the balancing act of folklore and alt-rock. With loads of collaborations (Julieta Venegas, Lula Bertoldi, etc) and the legendary Gustavo Santaolalla at the helm of production, Barbarita is looking eager to bring the eclectic “Criolla” for a spin around our city.

Though we haven’t heard about any new fechas, we’ve got this first one to whet our appetite. Speaking of which, she’ll be playing at Nicanor Bar, a place popular for its ice-cold draft beer and tasty food. This sounds just like the kind of Thursday plan we’d be down for. Are you? Shoot Nicanor Bar a DM on Insta to get your reservations.

This show is definitely a crowd-pleaser. There’s Las Bodas Quimicas’s hard rock revival with a twist of alt-rock sensibilities and Manza, Mariano Esain’s solo project. This last one has got that shoegaze/folk-rock kind of sound that we know some of our shoegazer-heads will love. That’s the combo, you get a little bit of headbanging and a little bit of straight-up dreamy vibes.

The place is La Tangente and the tickets are a-flying so make sure to score a couple for you and your lads and head down to this one. It’s gonna be a blast! 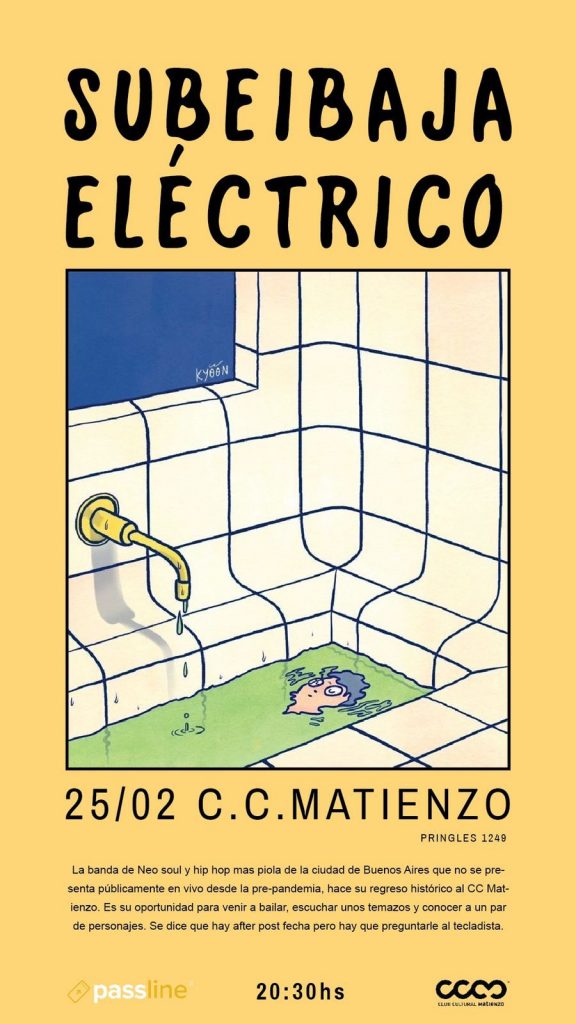 Soulful and nonchalant are just two ways to describe Subeibaja Eléctrico’s sound. After not playing due to the lockdown, they’ve returned with a show at Matienzo. What we really love about the band is how they manage to add some proper hip-hop bars between addictive hooks. The bass production and its nasty melodies are a personal favorite.

Anticipadas are running out so make sure to score that sweet deal. For more info, check out this Passline link!

It’s been a minute since we’ve brought you such a densely-packed festival where we find it hard to just recommend one artist out of the bunch. We’ll start by telling you that FutuRock Fest is a music festival organized by the FutuRock FM radio station. Apart from their feminist approach to every single program, they are also deeply invested in underground music culture.

The festival will feature performances by the jazzy and smooth Rubén Rada, indie sensation Conociendo Rusia, the raw and rowdy Eruca Sativa, the visionary Barbi Recanati and the soulful NAFTA jams. There will, of course, be many more artists, including DJs and some talks as well. The event will be hosted at Tecnopolis and the tickets are completely for FREE so make sure to either get them from their official web page if you’re a member or just follow them cause they’ll be sharing the official link over there.

Riel and Re Signados at Niceto

It’s time for the long-awaited return of iconic alt-rock duo Riel. After a long period of silence, Riel are hitting the venues again and this Niceto gig is gonna be their first of the year in Capital Federal. They are not alone though, as they’ll be sharing the stage with Re Signados and their particular brand of darkwave noise-pop. If you’d like to know more about Riel make sure to check out our interview here.

The gig is at Niceto and if you’re familiar with our publication you know that it’s the spot where big shows in the indie scene happen. Tickets are seriously limited so don’t waste time and get your reservations over in this Google Form here.