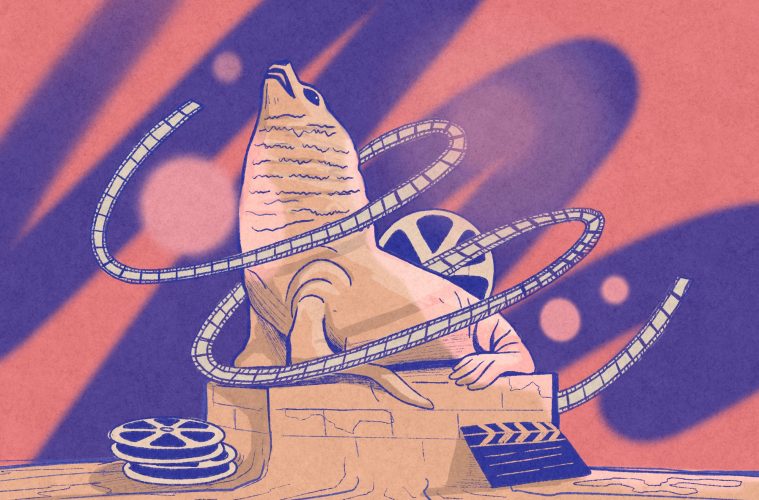 Our Favorite Films from the 2021 Mar del Plata Film Festival

“You always go back to the old places where you loved life, and then you understand how absent the things you love are…“

That’s how the song goes. And it’s how it felt to return to the Mar del Plata Film Festival.

Ten years ago, after being reprimanded by Martínez Suárez himself, my friend Jorge attended the Mar del Plata Film Festival for the first time, forever changing the shape of our Novembers. These annual cinephile vacations turned into a sort of tradition that mutated slightly with every passing year, but always resulted in us eating fried seafood and watching movies. We were happy. And when the pandemic hit, it really laid out clearly just how much we missed it.

After the 2020 online edition, and thanks to vaccines and health protocols, we were able to return to the movie theaters to partake in the joyous smorgasboard of the festival. Because, as fun as it is to see movies at home, actually traveling there and putting your life on pause is extremely fulfilling. Some people go on spriitual retreats. I’d rather watch movies, eat churros, and soak my feet in the ocean.

That said, this year was pretty chaotic. I think every single person involved in the festival — from organizers to attendees — had moments of frustration where we almost threw in the towel and decided to go tour around the city “seeing the homes of celebrities” (which I should actually do at some point, if only to discover which celebrities live in Mar Del Plata in the first place).

At the end of the day, the important thing is that we did it. The festival happened. And it happened in person. And it happened in Mar Del Plata. These things may seem obvious, but up until the very last moment, there were serious doubts as to whether all of it would actually come to pass. But we watched and enjoyed a lot of movies, and now I bring to you my personal top eight.

A Murakami short story (published in the book Men Without Women) turns into a long film by Hamaguchi. And, yeah, the film is three hours long. I wasn’t aware of this going in, and truthfully, I didn’t even realize how long it was until after it ended. The film moves along at such a natural pace that you don’t feel the length. One thing leads gracefully to the next, which illuminates the story further. Not only that, but it’s visually gorgeous.

Drive My Car is about an acclaimed actor and stage director who is working on a new production of Uncle Vanya with a cast made up of actors who don’t speak the same language. Not only that, but one of the cast members turns out to be his dead wife’s lover. And since he’s not allowed to drive, he is assigned a personal driver. All of it results in a lovely story.

Score: 4 La Las out of 5. It may be a little too contemplative for some. I personally enjoy contemplating Japan, but I understand that it’s not for everybody.

An animated film with strong Ghibli vibes. One of those stories that are aimed at children but have a dark undercurrent to them below that initial “kawaii” layer. Kikuko lives with her mother Nikuko on a boat near a fishing town. Being a preteen isn’t easy, and things are even more complicated when you have a mother like Nikuko. Who are they? What decisions led them to where they are today? Who counts as family? Why do we have the friends we have? This is a type of coming-of-age story that leaves you with this lovely feeling after it’s over, like getting a big warm hug when it’s cold. Or like when tears start to fall down your face, but not due to sadness.

There is not much to say here. It’s Almodóvar. Do I really have to convince someone to watch an Almodóvar movie? Madres Paralelas is a film about motherhood, both wanted and unwanted. It’s about how families are built and how identity is created. Not only of the characters, but also of the Spanish people in general. The importance of memory, the reconstruction of the past in order to build a future. The plot is almost an excuse to explore larger themes. The history of the Spanish people, which in turn is a bit like our history.

Score: 3.75 La Las. Because it’s a bummer that it’s headed straight to Netflix and most people won’t get to see it on the big screen.

More animation here, this time from Brazil. Angeli is a punk cartoonist who is going through a kind of writer’s block, as he’s fed up with one of his most famous characters, Bob Cuspe (something like Bob Spit or Bob Phlegm, an extremely punk name). And despite the fact that in the past he has managed to easily kill his creations, this time they won’t make it so easy on him.

This film is initially presented as an animated interview, but soon becomes the story of a character who does not want to die. About how difficult it is to be an old punk, about how deep down we should all be a little afraid of Elton John, but we should be even more afraid of our own creations.

Score: Bob Cuspe gives me 1 La La for not being aware of his existence prior to this film. I’m sorry Bob, I failed you.

Kim Min-young of the Report Card

Another Asian coming-of-age film. From South Korea comes the winner of a special mention of the international competition. Three friends, who happen to be the only members of a poetry club, witness their the gradual splintering of their paths as they finish high school. It’s sad when you want to maintain friendships that are clearly no longer working. But sometimes you just have to walk away by leaving them a friendship report card.

Score: 4 La Las. I personally loved it, but I can see how to some people it may be one of those movies where “nothing happens”. Sometimes it’s good that nothing happens

Another animated film. If you watched the The Movies That Made Us episode on Jurassic Park you might remember Phil Tippett indignantly declaring that his stop motion dinosaurs were better than the computer-generated ones. The fact is that this good man has some very strange ideas. Mad God is a journey to the center of a horrible world, where everything is ugly and corrupt and abusive. Mad God is what nightmares are made of. And at one point I came to think that I didn’t have the stomach to keep watching.

Even then, I couldn’t turn away. Because there’s beauty in the ugliness, there’s a kind of celebration of filth and decay. And there’s an incredible amount of talent on display here, telling  astory that I’m not entirely sure I even fully understood. But it hypnotized me completely. The sad thing is it’s not something most people will get to see on the big screen. Because the poop and blood fountains should really be seen in the largest format possible.

I’m not going to lie to you. The main reason I chose to watch this movie is because Wi Ha-joon (aka “the cop from Squid Game” and to me “the cute boy from Korean soap operas“) starred in it. So I went in expecting to see my heartthrob and he turned out to be a psychopathic serial killer. I like this kind of surprises … in the movies, not in real life. It turns out that this guy kills people willy-nilly. He has a modus operandi and he’s been away with it quite easily. Then he comes across a deaf-mute girl and…  I don’t know about you, but if someone were looking to kill me, I would like to be able to hear if they approach and scream for help.

The whole movie like this, seeing how the killer approach and the girl be scared to death but with no idea what is going to happen and no way to ask for help. This movie shows us that the police leave a lot to be desired from here to Korea and back. And that if women work together, they can accomplish anything. It’s fun and suspensful, and hopefully you get to watch it in a room full of other people with whom you can share in the horror of it all.

This movie was a roller coaster of emotions for me. First, because I was encouraged to go see it even though it deals with alien enthusiasts (Hi, I’m Magu and I have a fear of aliens). Secondly because it was a comedy and a really funny one. And third because in the end it turned out to not be a comedy at all.

I don’t want to say too much. But the film follows a group of UFO enthusiasts whose leader passes away. Then whoever replaces him must take part in a kind of ritual on which the destiny of humanity depends. All this while he takes care of his niece, as her mother is on a desperate search to find the girl’s missing twin. A lot of Alien imagery, lots of leopard print, Egyptian paraphernalia and a cover of “Zombie” by The Cranberries. Everything a girl could want.

Puntaje: 4.9 La Las. All that was missing to make it perfect was a musical sequence.