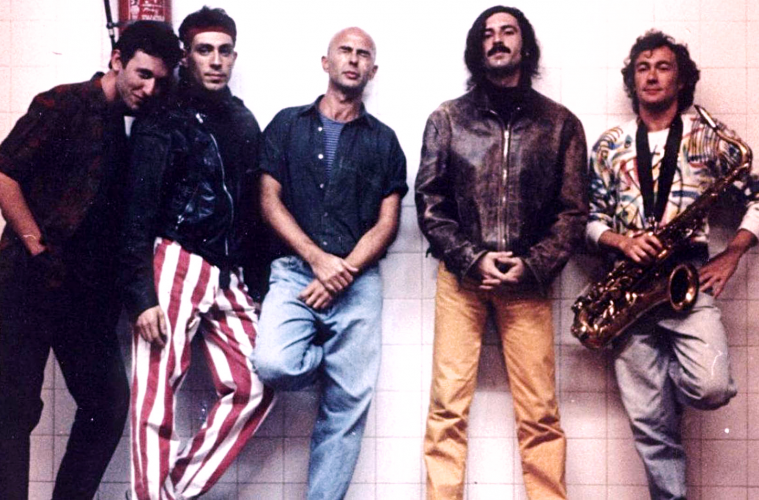 Let me preface by saying I’ve never done cocaine in my life. Sure, I’ve come close, but that was it. Really.

“Why is he mentioning this?”, you might ask yourself. Yes, this is supposed to be an article about music, a sort of gateway into the oeuvre of artists that we, as Argentines, came to love and respect since we were little kids. A way to explain, in a few words, why we’re obsessed with these people. Alas, a futile enterprise destined to fail from the get go. A pipe dream, if you may.

So why in the hell am I talking about blow? Well, it happens that no band in the history of Argentine rock has ever made so many allusions to the white powder in their lyrics as Patricio Rey y sus Redonditos de Ricota. They’re actually infamous for that same reason. “Semen Up,” “Ji Ji Ji,” “El Rock de los Dientes,” and the list goes on and on.

Needless to say, Los Redondos are so much more than the occasional cocaine references: they are, to this day, the most successful independent act in our country’s recent musical history and one of the most interesting cultural phenomenons in rock nacional, so much that their fans often refer to their live shows as “masses.” To my knowledge, the only other band outside of Argentina that generated such devotion amongst their following was The Grateful Dead. 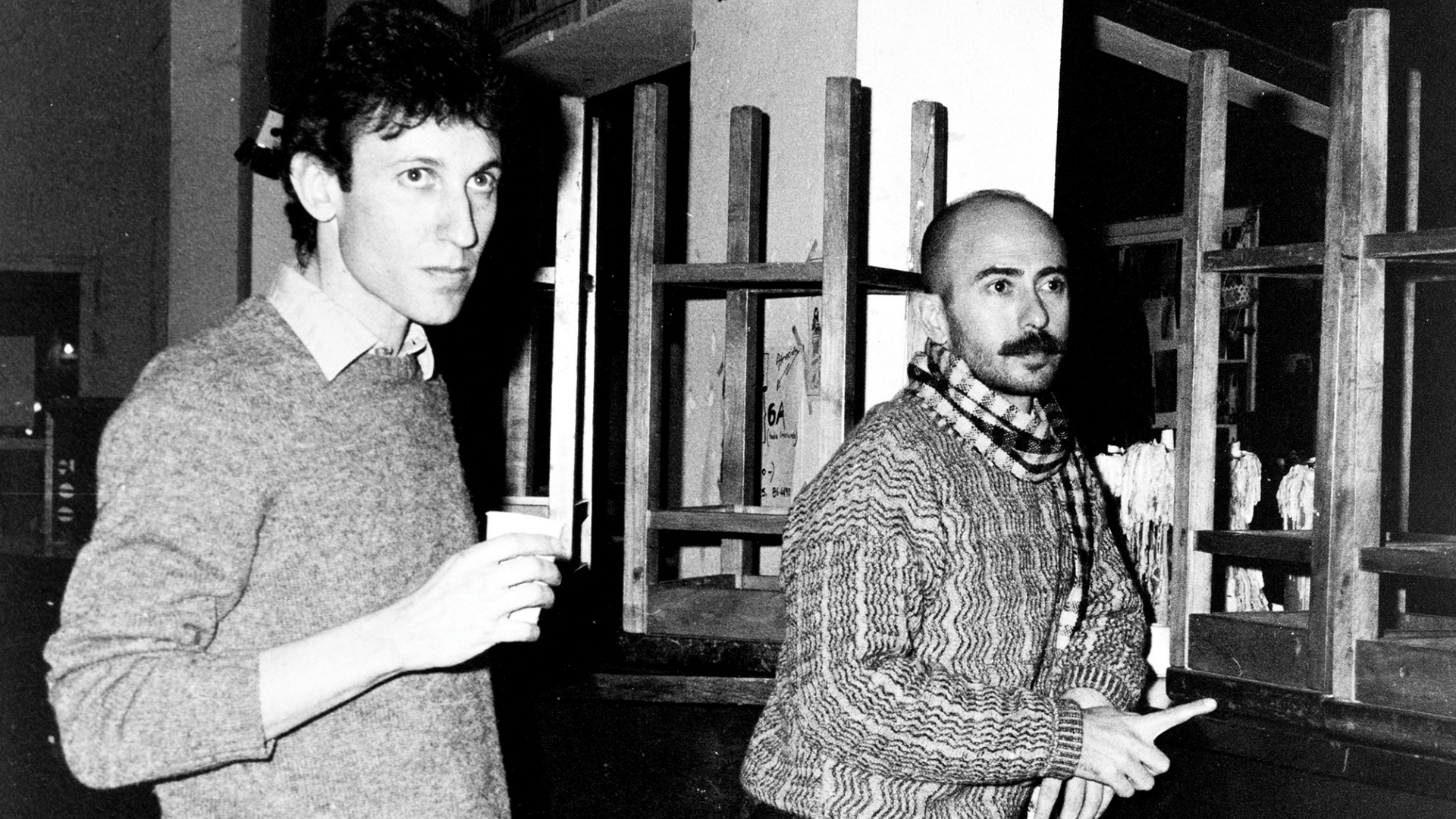 Born from the ashes of the hippie-dippie music collective La Cofradía de la Flor Solar, Patricio Rey y sus Redonditos de Ricota was founded in La Plata 1976 by frontman Carlos “Indio” Solari and guitarist Eduardo “Skay” Beilinson. Almost a decade later, the group made a splash in the underground scene with their debut album Gulp! (1985), but it was their post-punky sophomore effort Oktubre (1986) that truly canonized them. From there on, Los Redondos turned into a straightforward arena rock band (albeit a really, really good one) propelled by Beilinson’s anthemic guitar riffs and Solari’s overtly cryptic, stream-of-consciousness lyrics. Throughout their decades-spanning career, there was nothing they didn’t do: hit-laden albums (1991’s La Mosca y la Sopa), sprawling conceptual double LPs (1993’s Lobo Suelto, Cordero Atado), and even a sample-based full-length that flirted with electronic music (2000’s Momo Sampler) before breaking up in 2001.

So, now that we got that out of the way, let’s move on to the actual music.

Way before they were gods in the Pantheon of Argentine rock, Los Redondos were a small independent band from La Plata associated with the underground theatre scene. They even incorporated a troupe of circus performers during their early live shows. As the band kept growing, they slowly got rid of all those adjacent elements and opted for a more basic rock band dynamic. The move paid off as their studio debut Gulp!, which arrived 8 years after their formation, was instantly praised by critics and audiences alike.

This first brush with fame inspired the ubiquitous classic “La Bestia Pop,” an uptempo jangly pop rock about the dangers of fame and substance intake. Aesthetically, the album sounds like a half-empty bar at 4 a.m. anywhere in Buenos Aires: failed artists, junkies, and a spectral sax player playing in the distance while the regulars play pool or beat the crap out of the jukebox.

If Gulp! sounded like a sleazy hole in the wall, Oktubre plays like a paranoia-fueled nightmare set in a distant, sepia-toned somewhere behind the Iron Curtain during the Cold War era. Boasting influences from post-punk and new wave, Oktubre is the sound of a band at the peak of its powers. The recording staff included Daniel Melero, aka the Argentine Brian Eno, on synthesizers and the late Willy Crook on saxophone. Like every single release in their catalogue, the iconic soviet-inspired artwork was made by visual artist Rocambole Cohen.

Perhaps their most emblematic song, “Ji Ji Ji” is an enigmatic reflection on, yes, you guessed it, drug abuse. Lovingly dubbed by their fans as “the world’s biggest mosh pit” during their live performances, the song has a looming ominous atmosphere that climaxes towards an anthemic chorus that signaled the band’s future direction.

Un Baión para el Ojo Idiota was a pivotal point for the band; basically, one could argue that it was the album in which Los Redondos became Los Redondos. By trading in the artsy inclinations of Oktubre for arena-ready, honest-to-God rock’n’roll, they considerably expanded their ever-growing fanbase and delivered an album packed with memorable songs: “Masacre en el Puticlub,” “Todo Preso Es Político,” “Vencedores Vencidos,” “Vamos las Bandas,” and my personal favorite, “Todo un Palo.”

Starting off with a long instrumental section, “Todo un Palo” features some of Beilinson’s finest guitar work, recalling Television at its best.

If Un Baión para el Ojo Idiota was Los Redondos’ coming into their own, La Mosca y la Sopa was the confirmation of their mainstream success. Most of the songs in the album received heavy airplay on Argentine radio, including the rockabilly-tinged “Mi Perro Dinamita” and the saccharine pop rock of “Un Poco de Amor Francés.”

In “Queso Ruso,” the album closer, Solari criticizes the United States’ intervention in the Gulf War through his murky lyricism, backed by one of the funkiest instrumentals you’ll find in the band’s repertoire.

Diehard ricoteros will surely call for heresy here, but I find that the double album Lobo Suelto, Cordero Atado (1993) and Luzbelito (1996), with the exception of certain tracks, are largely skippable. Instead, let’s fast-forward to 1998’s Último Bondi a Finisterre, when the band started playing around with synthesizers and samplers. Some might say that they got a little late to the party, but it seems oddly fitting for a group that always did things in their own time.

Los Redondos honed in on this approach on their tenth and final studio full-length, 2000’s Momo Sampler. In what could be considered as a concept album revolving around the Northern festivity of Carnaval and the murga music genre, the band turned in their darkest and most refined album, combining samples, electronic music, and all kinds of textures with some of their hardest-rocking numbers.

“La Murga de la Virgencita” is, in my humble opinion, one of the finest songs in the band’s discography. A devastating story about a young sexual worker, it features programmed drums and swirling string arrangements that greatly add to the track’s oppressive atmosphere.

Well, that was it. At least for now. All hate mail can go straight to perez.pablo.damian@gmail.com. Mwah!