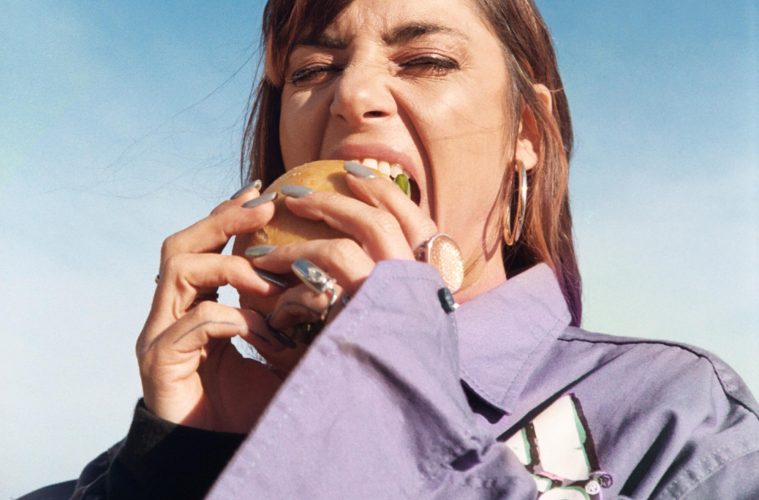 The Setlist is back baby!

Things were a bit quieter in the city that never sleeps last weekend, with a lot of places shutting up shop for the elections.

However, it seems that this week everything is back full throttle.

It’s been warming my cold stone heart to see that we’ve got some new fans in the mix who have not only been complimenting our selections but they’ve made us their go-to location for all things local.

Now if you’re liking what you’re seeing you can stay in the loop of all of our reviews and latest articles by following us on Insta. Also, it’s a super-easy way to navigate and find some of the best local artists, venues, and songs we feature on the site. (🔥Hot tip🔥)

This Thursday will be a truly cross-medium performance titled the ‘El Mundo Después’, a three-part show with spoken word between songs from singer Caro Wolf. Natasha Zaiat will be reading excerpts from their book ‘Los días de la peste’, while featuring live drawing from illustrator Melina Faingerch of her latest work

Touching on themes of when our prisons were our own homes,  the writings of Zaiat will be taking you down new paths while exploring the other elements of how this quarantine period affected many of us in the day-to-day.

Attendance is by reservation, make sure to reach out in advance at musicaentai@gmail.com

Nene Almibar has been floating around Buenos Aires since mid-2012, the band originally being stylized with influences from 70’s Argentine rock. They released their first album ‘El Acidente’ in 2015, taking a bit of a back step and seemingly a hiatus soon after.

Come 2018 it was like the band remerged from the ashes with not only a new album but a new sound with ‘Corazón Ortiba’ a much more exploratory album which saw them showing off the chops.

Finally, in 2020, the band did a complete leap into post-rock with their track the epic ‘Sed Del Mar’.

The band returns to the stage of Centro Cultural Richards with, I’m sure, their loyal following in their step.

If you’re new to the city or the Argentina sound, I’d highly recommend giving these fellas a look.

Day 2 of Festival Capital at CCKonex

After some rescheduling and some moving around, the second day of Festival Capital is taking place this Friday with a hell of a line-up and two stages of art and music.

They’ve opened up the main lounge and columns as well.

I’m particularly looking forward to hearing Marina Fages who is an absolute bad-ass. She recently did a super cool collab with Melanie Williams so I’m hoping there may be some cool guest appearances in the cards.

Pekeño 77 from Uruguay originally has become something of royalty in the trap scene and has in the process developed a recognizable style and swagger.

Rounding out the lineup we’ve got Sara Hebe who is truly on fire, especially with her latest release ‘Mexico’ which instantly became a playlist favorite for me.

Final tickets are on sale, so snap ’em up quick!

The oh-so-chill Spaghetti Western will be making waves at Camping this Saturday.

Their most recent release ‘Pangea’ (2020), is a truly good representation of the band’s sort of roots and dub sort of vibe which is so refreshing to hear especially with outright plodding skanking amongst soulful funky vocals.

Spaghetti Western hailing from Mendoza has been aiming to consolidate their sound and they’ve managed to achieve a lively energetic performance that will take you on a hell of a journey.

Also, it appears they’ll be releasing new music just the day before.

Futbol and Shaman at El Emergente

Futbol are the mad hatters of the Argentine Punk scene which isn’t just put down to the fact that they’ve got a member who absolutely shreds on the violin.

They’ve had undeniable longevity for a band where usually most punk acts break up after one bad night on the grog, these boys have been mates for years and they’re still rocking out.

Meanwhile, Shaman will be sure to please any Argentine indie aficionado with the legendary musician and producer playing I’m sure alongside a motley crew of talented musicians.

Grab your tickets from Rebel Pass today from the link.

GATIVIDEO will be bidding farewell to 2021 at the Parque Centenario amphitheater.

After their explosive performance in Córdoba and Rosario to showcase their second studio album BOUTIQUE, Gativideo closes the year with a full band experience for their last show of 2021 in which they will remember a large part of their greatest successes and will present several new tracks from their new album.

I began following the band after coming across their music perchance during the quarantine (I actually read a great piece from one of our writers shhh).

Since then I’ve been trying my best to not constantly have these guys blasting in the early hours of the morning.

They’re the epitome of a fun band and they’ll be closing off their year in a fun way at a fantastic venue.

Be sure to get your tickets ASAP from the link.