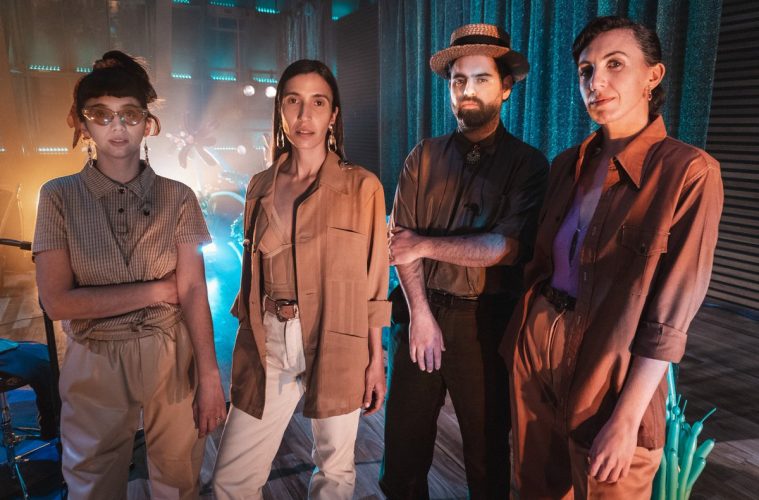 Hey-oh! It’s your boy Eze taking the reins for this week’s The Setlist bringing you some juicy, spicy, and *insert food adjective here* shows for you to shake that butt all weekend (and week) long!

This week’s The Setlist has got a little bit of kick and a little bit of mellow for advanced taste buds. There’s some punk, some post-punk, some indie, and even some solo sets for those who are looking for more laidback alternatives.

We want to give a quick shoutout to all of you beautiful people who have been sending us messages over on our IG page telling us that you are loving our selections for the weekend. You guys rock and we are happy to be that beacon of love out there in the underground scene. Having said that, please don’t forget to bring that same love to our lovely artists and venues who have been fighting the good fight out there in the post-lockdown cultural world. So enough talkin’. Let’s dive right in:

The week starts on a spicy note with two abrasive and punk-infused outfits called Dum Chica and No Me Toques. Both with a distinct raw and unabashedly chaotic sound and stage presence, these mostly female-fronted bands are just a taste of what’s cooking in the underbelly of the punk scene in our beloved city. Thanks to the people from Hormingón Club de Radio for organizing the gig and El Portal Teatro for offering their venue to host the event, you’ll be able to enjoy these two caustic and irreverent bands pushing it to the limit. The shows will be a la gorra so you already know what to do. Hand over them pesitos and support your local artists!

It’s truly difficult to try and encapsulate Amor Elefante inside of a genre without saying that they borrow from a myriad of them in a coalescence of sounds that are, at the same time, indistinguishable from their core influence. To put it in simple terms, Amor Elefante borrows from pop while adding layers upon layers of synthwave, funk, and even some atmospheric trip-hop and glitchy bits. Of course, the already well-established and loved peeps from Campíng BA are bringing the very best to their gigs and Amor Elefante will be playing at their open-air venue at Avenida Libertador as many other great bands have ever since live music started its engine once again. Tickets are flying so get yours ASAP over here.

One of our favorite little ciclos is making a triumphant return in their fourth edition with three wonderfully diverse bands that will raise the roof of Otra Historia Club Cultural. First off we’ve got Avenida Ansiedad, a powerful darkwave band that manages to convey the angst of darkwave with a sinister sound and even sinister subject matters in their songs. Next, there’s Perritas Atrevidas, a post-punk group that pushes the envelope of what the genre can be by relying a bit more on the punk roots of this style of music while still retaining the menacing and gloomy tone of its more “post” side of this revivalist wave. Finally but certainly not least is Lutos, the post-punk duo of drum and bass where the chorus-drenched bass of frontman Facundo and drummer Micaela’s pummeling drums are more than enough to induce a hypnotic state to all audience members. Get your tickets for the festi by shooting the organizers a DM by clicking this link!

One of our favorite artists to come out of the independent scene of Buenos Aires, Marton Marton has found his sound somewhere in the periphery of argie indie-rock music with his own brand of rock. With Viaje al Centro de la Periferia as an emblem of his honed abilities, he’s built quite the following ever since he started making music. This time you’ll be able to catch an intimate solo performance of Marton Marton’s best tunes at one of the friendliest venues: La Casa del Árbol. Since it’s a solo set, tickets will be extremely limited so make sure to get them before they run out completely. Hit this link!

With a new album called Ámbar released just a couple of months ago, Nicolas de Sanctis from Indios joins forces with Panchito Villa to bring on chill vibes at Xirgu UNTREF this Saturday.

If you’re a sucker for some singer-songwriter tunes as I am then you won’t wanna miss Nicolas’ rich, melody-driven songs and Panchito Villa’s soft folky guitar-based pieces. As you know, tickets for these artists tend to run out pretty quickly so we urge you to click the following link to save your spot!