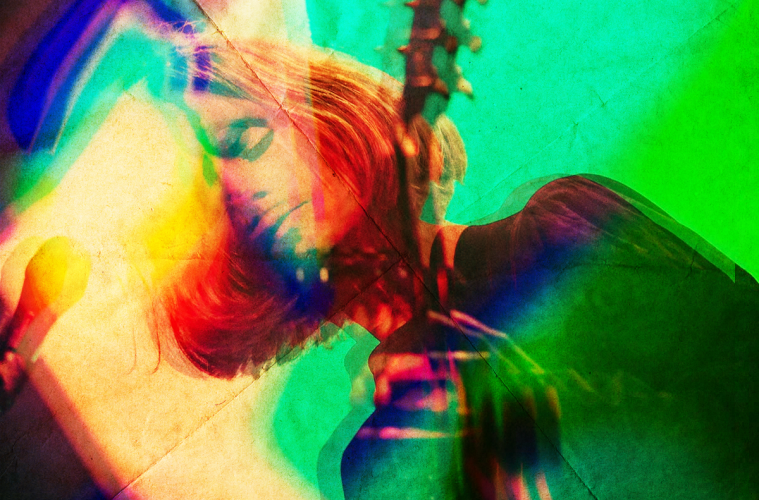 A Deep Dive Into the Career of Juana Molina

The Argentine rock scene is an intimidatingly vast maelstrom of sights, sounds, and history. You have meat-and-potatoes football-chant rockn’roll, you have technically dexterous prog-rock, you have vaguely New Age-y esotericism, you have confessional singer-songwritery stuff, you have a healthy amount of poppy synth-laden tunes, and a truly bewildering amount of ska. Sometimes, all these things come at you at once, like a malfunctioning car radio stuck between stations. It can be hard, as an outsider, to make heads or tails of it all.

That’s why your trusty friends at La La Lista are here to lend you a helping hand and guide you through the peaks and valleys of local music, one artist at a time. Now you can hold your own in conversations without having to default to tried-and-true standards like Soda Stereo and Fito Paez (which, hey, no disrespect to those guys, but you don’t want to be the millionth new-in-town expat who can’t stop raving about “Persiana Americana”).

For this new installment, we are exploring the career of a pioneer who took the road less traveled. An Argentine musician who has dedicated her career to breaking down barriers and exploring the limits of what music can do, operating from an aesthetic that is firmly left-of-center and decidedly unconventional, all the while retaining a prominent place in the music world. We are talking about an innovator and a risk-taker, whose brain-tingling music is both cerebral and deeply emotional. We’re talking about the great Juana Molina.

One of the most interesting things about Juana Molina’s career is how easily it could’ve gone in a different direction. Juana was born into a creative environment; her late father was Horacio Molina, a tango singer, and her mother was Chunchuna Villafañe, a successful model and actress. Due to the political volatility of Argentina in the mid 1970s, the family moved around quite a bit, relocating first to Spain and eventually settling in France. Juana spent her teenage years in Paris, where she soaked up all the art and culture that the music scene had to offer; she credits those years with expanding her musical mind, and showing her the full breadth of the art form.

Juana returned to Buenos Aires in the early eighties, and eventually found herself interested in acting. In 1988 she landed a role in the comedy show La Noticia Rebelde, where she quickly made a name for herself as a gifted comedian. Her successful run with that program led to her landing her very own show in the early nineties, titled Juana y Sus Hermanas (a cheeky nod to Woody Allen’s Hannah and Her Sisters).

Juana y Sus Hermanas was a skit show in the vein of Kids in the Hall or the earlier, wackier days of Saturday Night Live. Has its comedy aged well? It’s all relative, of course, but we’d be lying if we said there aren’t some skits that clash with modern-day sensibilities. Still, Juana’s charisma and comedic chops are undeniable, and these skits served as a good showcase for her creativity and impeccable timing. It also had a strong musical component, with Juana often performing with guests.

Juana y Sus Hermanas was a hit, garnering both critical and audience acclaim as well as earning Juana a number of awards and nominations, including a win at the prestigious Martín Fierro Awards. The show ran until 1994, when production stopped after Juana became pregnant with her first child.

At this point, Juana had become a bona fide star in the Argentine television scene. After the birth of her child, the show returned for five more successful seasons, after which Juana expanded her acting portfolio with a few dramatic roles before settling into a comfortable career as a judge on various Argentine reality shows. The end.

… or at least that’s how it all could’ve gone. But then…

Imagine having a very successful career in one field, and then on a whim deciding to throw it all away just as it is growing into something even bigger. That’s essentially what Juana Molina did in the mid-90s, and the musical world is a better place for it.

Deciding that she’d rather be true to her creative passion than simply try to think of new excuses to sing in her comedy skits, Juana enlisted the help of celebrated producer Gustavo Santaolalla to record her first album. A modest little record that only carries the vaguest hint of what was to follow her her, Rara sounds more like a cute, folksy one-off than the debut album by an avant-garde visionary; it’s fairly straightforward in its construction, featuring pop-rock instrumentation and an overall aesthetic that veers dangerously close to the word “twee.” It’s still a solid listen, and hints at some of the musical paths she would explore later in her career, particularly with her use of looping. Even in its infancy, her songwriting is clever and evocative.

Released in 1996, Rara didn’t exactly light the world on fire. When attempting to promote the album, Juana would instead be bombarded with questions about why she cancelled her show; when playing a show, audience members would holler out requests for her to play the recurring characters from her skits. It was largely ignored by radio and television, and the recurring question that looked like it might haunt her career was “why would she throw away her career for this?” In a move that may reflect her own feelings about Rara, it remains the only Juana Molina album not available on streaming platforms (though this might also have to do with rights and licensing issues).

After the chilly reception to her debut album, Juana moved to Los Angeles with her family. American crowds seemed more appreciative of her particular brand of folk-pop, and Rara gathered a bit of a stateside following. Becoming more and more interested in the technology of songwriting, Juana started exploring the use of synthesizers, distortion pedals, and drum machines, which was reflected in the sounds of her second album Segundo (2000).

A decidedly bolder, more confident affair, Segundo is something of a left turn from Rara’s sound, honing in on a few scattered elements from that album’s style while going on a bolder direction. It was recorded in the singer’s own home studio. The lyrics include an increased sense of abstraction while also incorporating elements of narrative; the track “Martín Fierro” includes passages from the seminal poem by José Hernández.

After taking four years between Rara and Segundo, Juana started to settle into an artistic groove and truly find her own voice. Tres Cosas followed in 2002, and it is the first Juana Molina album that doesn’t sound somewhat tentative; it feels, to me, like the first true “Juana Molina” album in terms of a fully-formed artistic identity. It is also the album where Juana completely embraced the art of looping, and the way she could set repeating musical motifs in motion while expanding outwardly from them.

Around this time, Juana started getting further attention from international crowds; after stumbling upon her album, the great David Byrne asked her to join him on his tour, and he enthusiastically introduced her each night. The Argentine audience continued to ignore her music until the album made it to the New York Times Top 10 year-end list, where she was named alongside artists such as Björk, Brian Wilson, and U2. Suddenly, the Argentine press warmed up to her, and the audience soon followed.

It’s hard to tell whether being praised nightly by David Byrne and being listed as one of the best albums of the year by a respected publication had much of an effect on Juana in terms of her musical output. It might’ve emboldened and encouraged her, or it might have made no difference at all. The fact is she continued to be true to her own artistic inclinations, and this gave way to Son (2006).

Juana’s fourth album contains songs that are based around the acoustic guitar but are surrounded by ghostly murmurs, whispers, microbeats and gentle percussion. It is a mysterious, evocative album that may be a little more straightforward than Tres Cosas but not any less compelling. It garnered comparisons to the work of artists such as Björk and Animal Collective.

2008 saw the release of Un Día, a further expansion of the sound presented in Son. The songs are sprawling mood pieces that twist and bend in strange directions. And though the mood of the album might be described as “dark,” it also has a strange playfulness about it; many of the songs feature Juana’s wordless vocalizations, extended periods of gibberish, and nonsense riffing over simple guitar chords. Many of the songs start in a certain emotional space and end in a completely different one.

Un Día garnered further acclaim from Juana’s quickly expanding fanbase. At this point in her career, Juana had become one of the most respected artists operating within the intersections of folk, indie, and electronica.

Juana toured Un Día extensively, playing shows for five years. During those live performances, the songs often expanded and changed shape, creating unique musical moments that weren’t captured in the studio. It wouldn’t be until 2013 that Juana returned with a new album, WED 21, where the acoustic base that’s been anchoring Juana’s songs for five straight albums takes a backseat, and the electronic elements of her work are pushed to the foreground.

In 2017, Juana released her latest full-length album Halo, which signals an almost complete break from the acoustic elements of her work, replaced her with ghostly sampled strings, strange beeps-and-boops, and hypnotic vocal lines that often sound like turning a wrong corner and stumbling upon some dark ritual. It is Juana’s boldest album yet, filled with abstract imagery, mysterious sonic flourishes and relentlessly strange music. It is remarkable to think that over 20 years into a career, an artist can produce some of her bravest and most interesting work.

The year 2019 saw the release of her EP Forfun, a collection of new recordings of songs from across her career, radically reimagined and often genre-bent beyond recognition. This was followed by her first live album ANRML, which contains performances of several of these revamped tunes.

Juana Molina has challenged listeners for over two decades now with her haunting, evocative, poetic music. She’s one of the few artists who truly pull off the balance between cerebral and emotional, serving as an inspiration to an entire generation of musicians. From her early days as a comedian to her relentlessly strange and often surprising music career, she’s certainly given us a lot to talk about.

We hope this guided tour has done her justice, and, if you weren’t familiar with her work, showed you an incredible musician who is in a class of her own. As always, we remain anxious to see how she surprises us next.