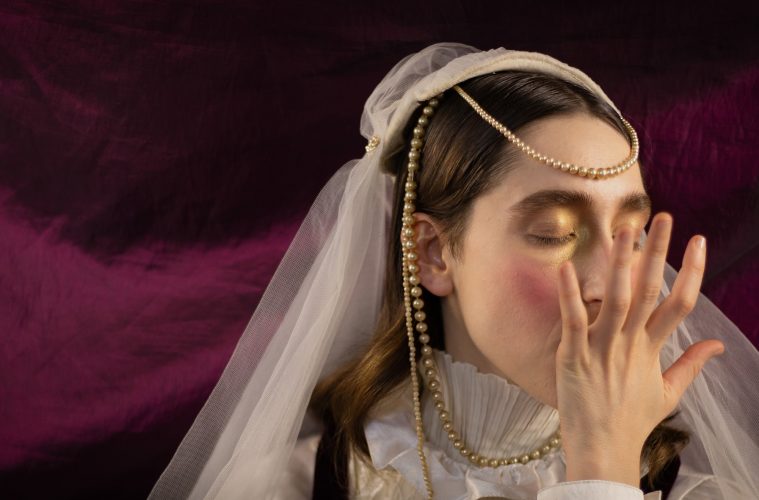 Welcome back to the Setlist!

Once again we’re delivering you another week of some of our picks for the best shows happening in and around the city.

The shows are only getting bigger and better as we come into summer, I’m already getting a hell of a tan (read: ripe red sunburn) from all the outdoor gigs, gatherings, and good times that are taking up my week.

From weekday to the weekend we’ve got your back with back to back shows coming from every corner and crossroad but if you would like to see your event featured as part of our weekly setlist all you have to do is add it into our events calendar. If you have an event you’d like to promote, just fill out the form here and we’ll have it live on the site within 24 hours. However make sure you give yourself ample time so we can tell our lovely readers about your get-together in our next edition of The Setlist.

Tomi Lago has just dropped his first EP ‘Un Picasso’, a super energetic mix of Latin American genre-based numbers with his crooning voice being the perfect vehicle for his passionate emotive lyrics.

However, the best thing is that the La Plata local doesn’t take himself so seriously that he isn’t afraid of injecting humor into his performance. Although Tomi emulates the legends of the past he does so in homage rather than straight parody.

Tomi Lago has long been playing the bodegas, bars, and local barrios enticing more into his unique take on traditional Latin music. I’m looking forward to hearing more from his camp and this will be a killer show.

You can grab your tickets through Passline.

Alejandro Guyot has a romantic vocal timbre that is unquestionably addictive. Additionally, he very much is a reflection of the new tango movement and one of the more well-known figures within the scene revitalizing the genre.

As an ex-member of the band Bombay Bs.As, the singer, lyricist, composer, and poet will be sure to put on an emotional performance.

Festi Yoko returns, a celebration of music made via electronic instruments while not adhering to the traditional concepts of the genre. The festival will be taking place at one of my go-to venues in the city Strummer.

The night will feature the musical talents of Jacqui Casais, Glass, and the debut of Superpapilas

Finally, Superpapilas has a really unique take on including synth and electronic elements. If you’re wanting a good taste test of the band, I’d highly recommend checking out their track ‘Risco’.

Also, as a bonus, there will be a record fair to pick up some stellar independent classics and more.

On the “Día Nacional del Derecho a la Identidad”, the Commission of Relatives and Companions of Detenidxs-Disappeared of Tres de Febrero and the Temporal music group present “Memoria de la persistencia” in concert.

“Memoria de la persistence” (2021) is an album that brings a new life to the writings of those who were detained and disappeared from Tres de Febrero.

The songs were composed of the texts written by María Mercedes Valiño, Luis Miguel Fruto, Francisca Ángela Ricci, and Rosa Cristina Godoy, from the Tres de Febrero district who were part of or were linked to the Scout Group San Francisco de Asís de Villa Bosch and were detained and disappeared during the last military dictatorship.

The project was undertaken jointly by Temporal and the Commission at the end of 2019 with the intention of sharing these life stories. Transforming their writings into songs with the objective of making them relevant today.

In this concert, Temporal will perform live the songs that make up the album together with the participation of invited musicians and a delicate scenic and visual setting.

In addition to dedicating a space to reflect on the work carried out together, the Commission will share the third edition of “Posters x Identity”, another important project developed together with secondary schools in the district.

You can purchase tickets here.

Composer, singer, and pianist Candelaria Zamar will be taking to the stage for the second time in 2021 and will be joined by Misi the solo project headed by Mireya Andrenacci.

Zamar has two solid albums under her belt which were all independently released and produced, her first album ‘Un Vaso Agua’ (2014) is reminiscent of Kid A era Radiohead which left my mind boggled and wanting more.

These prayers were answered with her release ‘Una linterna’ (2019) an expansion on these same rich electronic pop compositions with her stunning voice.

Her chamber music background creates the perfect foundation for this super talented musician to bring in elements of classical music alongside a somber hopeful delivery that leaves you stunned.

Misi is the solo project of Mireya Andrenacci, singer, songwriter, and multi-instrumentalist from Buenos Aires.

Her gloomy synth-pop is very much rivaled by her delicate yet punchy voice which cuts through the delightfully dark beds. Her phenomenal releases of ‘Fuego’ (2018) and ‘El Temporal’  (2020) only solidify the fact that she is a tour de force.