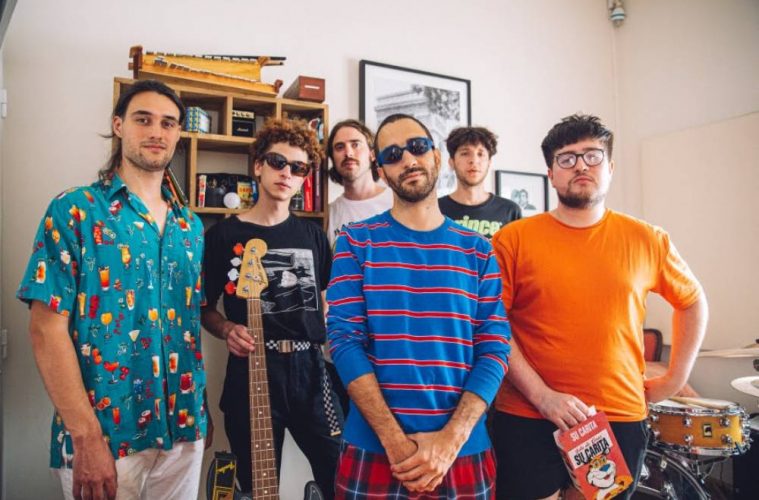 Welcome back to The Setlist! How was your long weekend? Did you catch up with some friends you hadn’t seen in a while with a couple of beers? Did you lay in your bed contemplating the unwavering and bold arrow of time continuing its course as you perceive existence as a fortuitous event in the grand scheme of things? Well, fret not cause we are certainly in a weekend mood still and it just wouldn’t be the same without a fresh batch of live shows for you to enjoy in this, our beautiful and bustling city.

This week there’s literally something to do every single day so there is really no excuse for going out and having a wonderful socially distant night out. Without further ado let’s dive into this week’s Setlist:

Presented by Hormigón Club de Radio, our week starts off with a nice pairing of thick psych-rock and post-rock. First, there’s the guitar and drum duo Supertierra, an instrumental band that captures the best of Soundgarden’s most powerful riffs with the atmosphere of post-rock outfits such as early Mogwai with a sprinkle of doom metal. Then there are the people from El Exilio who are from another planet, the amount of textural sound that they bring to each set they play is otherworldly, I speak from experience, of course.

The great thing about these bands and this event is that you don’t need to book in advance and it’s a la gorra. If this sounds like it’s up your alley then we’ll see you there!

We wouldn’t miss the chance to talk about composer and producer Nahuel Briones, who’ll be playing two of his latest albums in full at Cultural Morán. Yes, you’ve not misread anything, he’ll be playing with his newly formed band and the combo goes like so: Guerrera/Soldado at 8pm and El Nene Minado at 10pm.

We’ve featured Nahuel’s music many times here at La La Lista so for those who may not be acquainted with his music all we can say is that it is a distillation of the identity of Argentinian rock music all passed through a sieve of alt-rock and irresistibly catchy pop tunes.

Make sure to get your tickets as there’s very few and what could be better than contributing to a sold-out show! Click here for more!

Isla de Caras is one of those bands that exude relaxation and good vibes from the moment the first chord starts playing. With some bass lines and grooves taken off Men I Trust’s latest record and a Mi Amigo Invencible kind of swagger, they have a very distinct sound that has put them on our radar. What’s more, they’ve recently released a record that they’ll be presenting at CC Konex. Konex is a beautiful venue so make sure to score your tickets here and have a blast.

This Saturday CopyCatt and Panchito Villa will be playing in a feria at TAI Teatro. CopyCat is the brainchild of Lea Franov and Alejo Monsalvo and it’s got the best of both worlds in its sound. Panchito Villa has the soft and plushy sound of indie-rock’s most soothing bands and he’ll be playing a solo set. All, of course in the context of Veloz Luminoso, a collage of live music and feria for all your clothing needs. No reservation is needed but it’s a la gorra so make sure to have some money on you. The feriantes all look like amazing entrepreneurs so you’ll definitely want to check out what they’ve got.

Last but certainly not least there’s Sunday’s set. Lüme, Juan Fassi and Tomi Porcelli al team up at CC Matienzo’s terrace to share some of what they’ve been working on lately. Lüme and Juan Fassi will be joining forces playing some soft but densely atmospheric tunes and Tomi Porcelli will be sharing some of his more electronic-infused side with a solo set that will showcase his eclectic spirit. You can get your tickets right here!