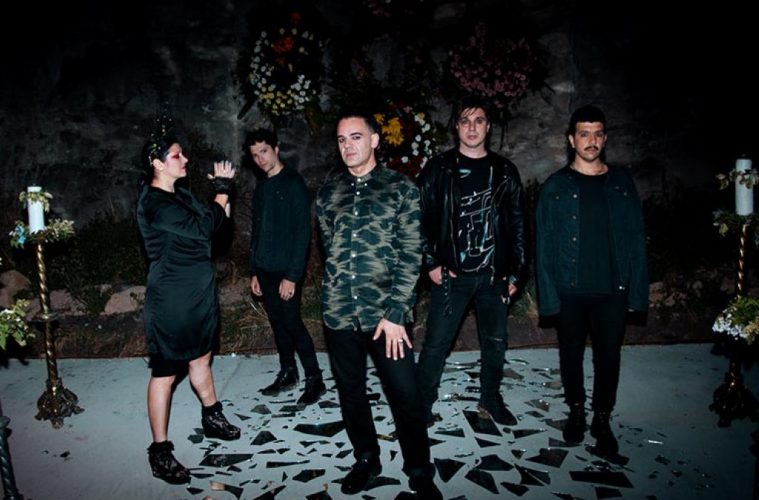 Welcome back to The Setlist!

Once again we’re delivering another week of our picks for the best shows happening in and around the city. Last weekend certainly proved it’s only getting hotter, and with the Covid situation becoming a bit more manageable it seems like shows are coming back thick and fast.

We’ve got a great selection of rock, punk, hip-hop, and even some goth goodness to tide you through this week.

As always we’ve got our events calendar. If you have an event you’d like to promote, just fill out the form here and we’ll have it live on the site within 24 hours. If you’d like to be featured in next week’s Setlist, please submit your event by the Monday previous to your event to be considered!

MatemateA, is proud to release his new EP and will be celebrating it by putting on a show at the ever-cool club Lucille with a full band.

The singer, musician, and producer originally from Bogota has been active in the Buenos Aires scene for a long time and I’m sure it’ll be an impressive performance from Mateo Angarita if his Instagram videos are anything to go by.

Tickets are available via Passline.

The hip-hop trio of Grub en el Club will be playing a tightly flowing set for the lovely punters at El Club Bar. Taking notes from the more jazzy side of hip-hop and R&B, the band has decided to celebrate the arrival of spring in the best way possible. If you’re into your Dilla, Glasper, or D’Angelo this will be right up your alley.

Entry is free but make sure to DM for reservations.

DJ Wax, Pita Pawer, and Queen Flow will be bringing you a savage thirsty Thursday in anticipation of the weekend.

Whoever said you couldn’t party hard this early in the week obviously hasn’t been to BeatFlow. The bar has a reputation for putting on solid evenings of electronic music and hip-hop, delivering a bloody banging venue with a varied crowd.

For tickets hit up Passline.

Altocamet returns with the release of their new album Surfista Nocturno at La Tangente.

Their latest release sees the band taking once again a unique turn into their usual genre-bending ways. The band, which was renowned during the late 90s in the pop electronic scene, has continued to break boundaries in Mar Del Plata.

This new offering from the band is characterized by dark gothy electronica, mixed with crazed beats and textured pads. The brooding vocals from Adrián Canu Valenzuela are certainly reminiscent of Dave Gahan, giving me massive Depeche Mode vibes.

Casa Epuyen is playing host to Color Explosion an art and music exhibition. Come and see 3 fantastic visual artists performing live with the accompaniment of an acoustic rock band and a house DJ playing at the end. There will be a bar selling food and drinks.

595 days without going on stage… it made bloody sense for them to put on a kickass show. Krupoviesa returns with friends Companion Asma, Envy & La Piba Berreta at Galpón B .

Krupoviesa, a quartet from Buenos Aires, Argentina has been tearing up the roofs of venues since 2013, showing no mercy. Filthy riffs, dirty drums, and sweat-laden moshpits seem to be the norm for this group.

Companion Asma, the passion project of Hernán Espejo since 1993. A mainstay of the Argentine rock scene with nostalgic sensibilities and super catchy guitar phrasing will be well worth catching.

Envidia is the solo project of Marcelo Moreyra (guitar, lyrics, and vocalist of Mujerescitas Terror ) will kick off the night with La Piba Berreta known for her work with Los Rusos Hijos de Puta and as a guest of the explosive experimental combo Blanco Teta.

Tickets are on sale at Tickethoy.

Camping at its new location will be playing host to Indie pop/RnB artist Lisandro Skar.

The Santa Fe-born Lisandro first ventured into music as a photographer for Khea. Fast forward a few years and several tours through Europe and America later, Lisandro launched his own career. In mid-2020 he released his first EP titled Son Momentos, and from there Lisandro he would continue at an astronomical pace. He even took the time out to collaborate with actress Natalie Perez.

Camping is an open-air venue; In the event of rain, you will receive an email on the day of the show advising of the rescheduling if it happens.