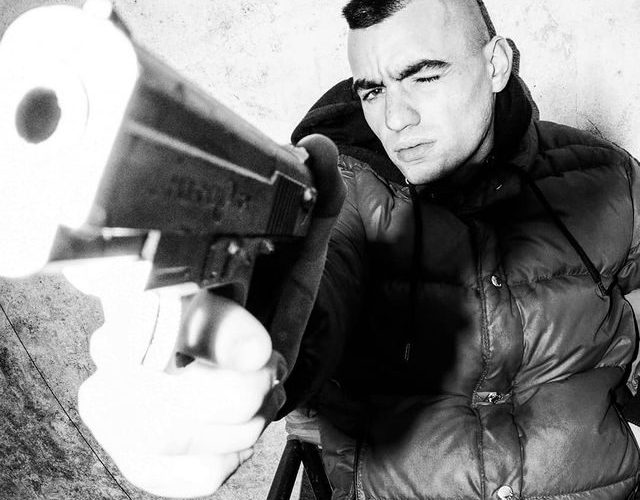 Man, it feels great to be back! Kept you waiting, huh? Welcome to our second edition of post-break The Setlist, our guide to the best live shows happening this week. The live scene is slowly but steadily opening up again and it just wouldn’t be the same without us filling you in with what’s cooking in the scene. This week we’ve got some weird stuff and if you know us like we know you do, then you’ll be glad you scrolled down to see what the fuss is all about. We’ve got prog-pop (yes, that’s a thing I’m gonna start using from now on), Funk to get your butt to the floor, chilly and icy dark-wave and an off-kilter hybrid between a live show and a theater play. I told you it was gonna get weird. Get ready and sit tight, buckos. You’re in for a treat:

How would one describe Nico Sorin’s music? I believe that you could categorize it somewhere between electronic dance music and singer-songwriter, genre-wise, with some far-out sampling and metal-esque elements.

Via multiple versions of himself, including his participation in the mind-melting Octafonic, Nico Sorin has explored the vast ocean of music throughout his career. This time, he’ll also be playing alongside Brenda Martin, the groovy and fierce bassist of Eruca Sativa. It’s an amazing plan for a Wednesday so catch the tix while they’re still there. Get them through the following Passline link!

We’re kicking off the pre-weekend right, ie. with some dreamy pop/rock tunes. Delfín is just that, providing a spacey sonic atmosphere peppered with some prog-pop embellishments that make the songs truly shine.

My favorite thing about Delfin’s music is the way it juggles with traditional pop conventions while still defying its formula. There are some times where some of his songs remind me of a more poppy Spinetta Jade. And I mean that as a huge compliment.

He’ll be playing at La Tangente so make sure to catch him since tickets are a-flying.

You can get them by following the link in his IG profile.

Here’s a curveball for y’all. I bet you’ve never been to an event that is advertised both as a gig and as a theatrical play. That’s exactly what Melile is bringing to stage this weekend. If you’re ready to embark on an odyssey of sound and just plain psychedelic quadraphonic delight, then make sure to catch Melile presenting Placer, his latest album/play. The show will also feature loads of other artists such as our beloved Agathe Cipres. Get your tickets here!

Melanie Williams & El Cabloide, one of the most genre-defying synth-funk/dream-pop acts out there, are playing in full band format this coming Saturday. As if that wasn’t enough to get your adrenaline pumping, they’ll be sharing stage with the infectiously groovy Jazmin Esquivel and Lupe’s hypnogogic electronic sets.

This will be one of the few times you’ll be able to catch such an amazing lineup live so we strongly encourage you to get your entraditas as soon as possible. You can snag ‘em over here.

Start polishing your black boots and get ready to vibe cause Ciclo Infinito is bringing some dark vibes this weekend. Las Eras and KRSSV are teaming up to give a masterclass on dark-wave in Buenos Aires.

If you’re into post-punk, synth-based electronic music, or perhaps you just want to experience what being in a Norwegian sex dungeon feels like, then make sure to hit the people from Moscu Espacio Cultural up and get your tickets. FYI: don’t ask me how I know what being in a sex dungeon feels like, my DMs are closed. Ciclo Infinito’s DMs are open, however. So shoot them a message to get your tickets.