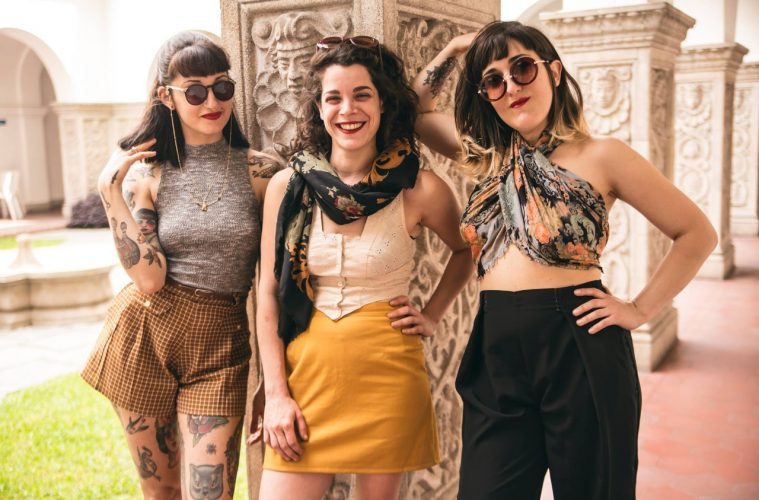 Like a phoenix rising through the ashes ‘The Setlist’ is back. Well, we never went anywhere, but we decided to give everything a bit of time to simmer down so we could come back better than ever.

If you’ve never read ‘The Setlist’ before welcome friend!

Every week we take a look at what’s on offer in BA, and of course because variety is the spice of life we try to mix things up so you can have a little taste of each unique part of the scene.

Now because we’re coming back from some strict lockdown measures and pretty hairy times, please be kind to the bands and musicians who need our support by buying some merch or music.

Also, lets always show respect to our hospitality heroes because they’re the ones keeping our beloved venues ticking and humming.

In other great news! We’ve got an events calendar. If you have an event you’d like to promote, just fill out the form here and we’ll have it live on the site within 24 hours. If you’d like to be featured in next week’s Setlist, please submit your event by the Monday previous to your event to be considered.

The smooth sounds of Yamile Burich are something to be admired, an accomplished saxophonist who has proved time and time again that each performance is special. In this evening show, you’ll be treated to Burich backed by an equally talented jazz sextet.

Originally being from Salta, Burich has travelled and studied at some of the most prestigious music institutes in the world including the “Instituto Superior de Arte” in Cuba, Goldsmiths College in London, and learned from the best in New York. Tickets can be purchased on TicketHoy

Oh, my days these guys are one of my new favourite discoveries, bringing back the sound of big band-style swing with absolute swagger to boot.

The Bourbon Sweethearts are a larger than life 3 piece performing absolutely beautiful renditions of classics with their own unique twist and perfect harmonies.

Honestly just watching their vids on Insta gives me so much life and you’ll be resisting the urge to tap those toes I’m sure. Tickets can be purchased on Passline.

Nicolás Mateo with Rolando Bruno in the New Roseti

Melancholy and rhythm come together to bring you a night of mixed emotions. Sing and cry, dance and laugh.

Actor and singer-songwriter Nicolás Mateo together with the Pichons trio (Juan “Jota” Moya on Bass and Agustín Raubián on percussion) covers songs from his records in a romantic and intimate manner without forgetting a sprinkling of rock and roll.

On the other hand, the ex-member of Los peyotes, Rolando Bruno hallucinates with his “cumbia-trash”, with psychedelic and tasty vibes.

All this will be taking place in the new Roseti, how exciting!

REOT are presenting their first album with a small acoustic show at Korova before their show at Teatro Greison. The young band have come a long way in a short space of time with personnel changes and a range of shows coming up in the near future, they might just become BA’s hardest working band.

Taking influences from their Argentine rock contemporaries the band have only just cracked the surface with their album ‘Chimera’.

Straight-up filthy riffs and deathly growls will greet you at Otra Historia this weekend with metallers Tarántula! with support from queer-punkers Funerales and the new kids on the block Squatters.

Cuacua the infamous vocalist for the band plays preacher for this fuzzy distorted gospel with primal drums being beaten with caveman-like enthusiasm. Tickets can be purchased through the bands, however, there is limited capacity so act fast!

Resident DJs PRYOR & SIMON will be kicking things off with two special guests later in the evening  with Ramiro Pedemonte and Tiago Cabrera from Uruguay. This is a perfect way to wind down the week with some super tight house sets.

Obviously these guys are taking every precaution to make it a fun night all round but capacity is limited, so make sure to reserve yourself a spot to guarantee entry.