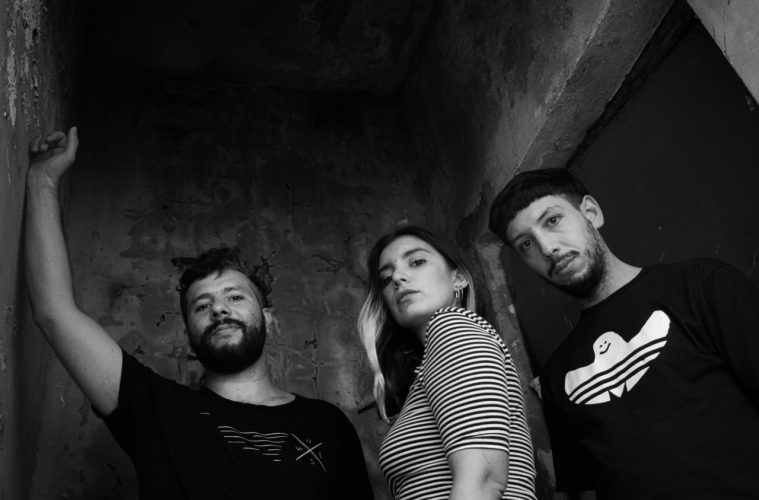 Las Cosas Que Se Nombran is a collaboration born out of a chance meeting that led to the amalgamation of three artists Tora, Wi11o, and Tutti Posse coming together to create a three-track EP blending influences and styles from each other and afar. The use of elements of folk, indie, and electronic are certainly welcome. Additionally uplifting phrasing and nicely mixed melodies giving life to delicate beats which give Tora ample room to explore her range.

For me, “Tus Manos” is easily the standout track, with industrial drums playing you for a fool as if you’re going to be diving into some sort of barbaric noise track, only to be met with the brightest funk guitar line. This is backed by an energetic synth line taking the role of slap bass. Too perfect.

I spoke with the band shortly after this release to find out more about this collaboration and how it came about and how their differing background played a part in the final release.

Each of you has been working on your own projects in the past so how did this collaboration happen?

It was a very fortuitous meeting: Guillo and Tuti had been working together on the solo project Tuti Posse for three years now, from the album Cementerio del Oeste. When one of the band members left, they began to look for someone to replace them and that ended up being Maca, who very recently had launched “El Viaje” with her solo project Tora. We started to get together at the end of 2019 at Maca’s house and there we felt a super special connection, she brought a lot of harmonic elements with the piano and the voices really went well together, and as we really like to work on vocals we felt very much at ease. After the summer the pandemic arrived and that forced us to stop and to continue working virtually. So the idea arose to apply to as many open calls as we could in a collaborative way. Luckily we won the call “Creación para músicxs 2020” at the Recoleta Cultural Center, which allowed us to produce Las Cosas Que No Se Nombran professionally.

What elements do you think each of you brings to the table in terms of song creation?

Maca and Guillo have academic training that allows them to work very deliberately on harmonies, melodies, and rhythms. For example, “Por Todos” is a song with an 11/8 time signature in many parts; it is quite irregular and not so widely used in popular music, and yet we managed to combine those elements with the song format to deliver something fresh and rhythmically playful. On the other hand, Tuti is very experimental-minded, with very marked elements of electronic music production, which gives him that modern sound and sonic aesthetic. Our common denominator is national rock and folklore, but we put into play all the elements that attract us (jazz, electronic music, indie).

How do you think this affected the outcome of the final album when you released it?

Often the fusion of different styles can be a challenge for a musician’s ear because many times we aren’t so willing to cross certain boundaries or barriers. Even if it’s quite widely accepted, and not seen as an insult to the genre, it wasn’t an easy task to get the folklore scene to accept crossover with seemingly unrelated genres such as electronic music. The same thing happens with rock music, which seems to have become a sort of cave of musical conservatism. And we’ve taken elements of all these genres to create something that we really like because it represents the musical moment that we personally are living through.

Did you expect this to be the final sound of the album?

Yes, it is even better than we expected since we gave a lot of artistic freedom to Juampi Di Césare, who recorded, mixed, and mastered this EP in his studio Las Gracias. We came up with very clear ideas from pre-production, so really what we added was audio quality. It is an album that may sound lo-fi at times, but it involves a lot of technique since it’s important for us to take care of the sound, the audio quality.

There are so many musical influences that appear throughout the tracks with Tus Manos, in particular, showcasing elements of Funk, Jazz, Soul, and Pop was this intentional?

Definitely, we knew that we were going to face challenges in terms of the fusion of different styles, which tends to be quite complicated. But the important part was that starting in the pre-production phase we set out clear guidelines for Tus Manos, I suggested that Maca take it on from the angle of Rada-style candombe rock, a very Rio Platense sound that already involves the fusion of condombe with rock and jazz, which started back in the 70s, and the incorporation of elements of electronic music was Tuti’s job, and the pop element is clearly evident in the vocals and melodies that Maca brought to the table.

Do you think this experimentation will lead to greater creative scope for your other projects in the future?

For sure. What we really want to make happen, among other things, is to deconstruct genre within music, or rather, for genre not to be a prison. The less attached we are to the idea of musical genre, the more creative reach we’re going to have. We’ve got to get over the fear of mixing, and if it doesn’t turn out positive, that’s just one experience, and will help guide us toward knowing what we want to do and what we like.

What are the things that are not named for you?

If you know, you know, haha, but the idea around that there is a mystery within each of us, that oftentimes comes in the nighttime with its dazzling darkness and allows us to explore ourselves. Nighttime is something that’s very important, culturally speaking. There are some things that can’t be seen in the light of day, in spite of its intention to lighten everything up. In this time in which we have lost so many things, we want to recover the spirit of the night, to be able to find ourselves again and recognize ourselves in that darkness, without the need for light, but rather sounds, touch…things that please us, but that are left ineffable by the light of day.

Do you think you three will collaborate in the future on another project? Can we expect to see you three perform as a group live?

Of course! We’ve been having a beautiful experience, and we’re finally starting to practice. We hope to be able to present these songs live very soon, and meanwhile we’re also still working on our separate projects.