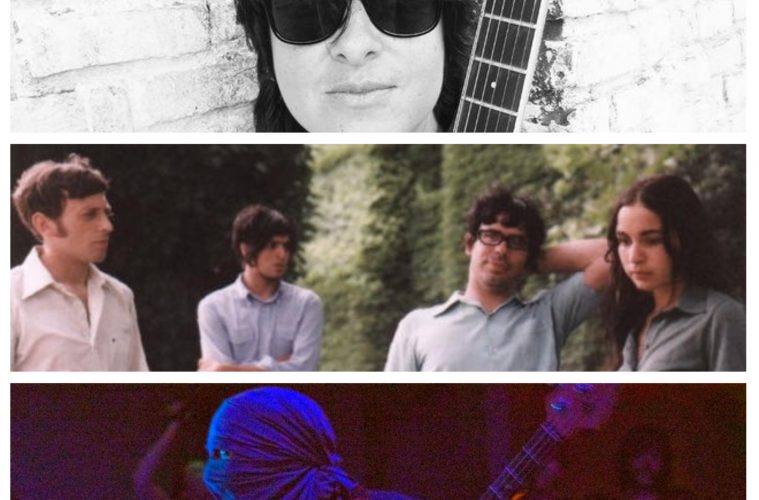 I’ll never forget the first time I heard Elody Deprez. We had scored one of our first gigs with my first band back in 2013 and Elody fooled around with Radiohead’s Reckoner before their set. I was rolling a joint of the most rancid prensado possible in our makeshift “green room” (actually a Sportcenter conference room somewhere in San Isidro). No feedback monitors to speak of, poorly positioned drums, and cables tangled around everyone’s ankles on the shining conference room tiles. Still, I’d heard one of the most stunning, atmospheric, and well-rehearsed live performances of that song I have heard to this day

I never heard of Elody Depréz again. Their social media is absolutely dead and all the morsels of information I could gather of what happened to its members led to dead ends. I was left with a bittersweet taste in my mouth, the knowledge that greatness is all around us but not all of it gets the exposure it deserves. It felt like those 2 seconds after you wake up from the most amazing and blissful dream and you realize that it’s gone forever and you’ve forgotten almost everything that happened -— but you can still vividly recall how you felt. You can no longer pinpoint the events, but the feeling lingers in the back of your mind, only to resurge unexpectedly as a wave of nostalgia washes over you. In moments like that, you can’t help but grin and think “what would have happened if…”

I am sad to say that the three bands I’ll talk about in this article are no longer of this earth, but I feel authentic joy in bringing you 3 eulogies for 3 bands that you probably never heard of and will never hear about again:

Elody Drepréz balanced despairing and atmospheric ballads with tried and true rock and roll. Their first and last self-titled EP will remain an enduring testament to this, a sonic stamp upon our hearts. There are bangers such as At The Right Time, an energetic and cathartic song that features tender falsetto verses that give just the right kind of release. There’s also the yearning and painful Dear Log, a recited log entry about isolation, frustration, and not belonging. The cascading guitars and the soaring voices elevate the song to epic The Bends-era Radiohead ballad levels but with a twist of nuance in the instrumental layering. God only knows what happened to them. But while they will slowly fade away from our collective memory, their music will live on, memorialized with these humble words.

You know what really grinds my gears? That every argie post-rock outfit either splits up after playing live and not recording a single thing, or they release a couple of tracks before fading into obscurity. But if I have to choose between these two miserable options, I’d prefer to go with the latter. Such is the case with D.I.E.T.R.I.C.H., a post-rock/ambient outfit who only released an EP and an album back in 2010 and 2014, before gifting us with an absolutely grand live session and then disappearing forever. The haunting and distant pitch-shifted vocals, the gigantic and menacing fuzzed-our bass, the waves and waves of distortion during the crescendo…I could sit here and enumerate every single thing D.I.E.T.R.I.C.H. did exceptionally well in their short-lived career. But rather than go on and on, I will simply say that I’m glad their material is readily available on streaming platforms. Such an integral part of Argentina’s post-rock footprint in the world would have been lost to us forever otherwise.

Perhaps Argentina’s most underrated indie-rock precursor in the history of the genre, Piel de Polen was an experimental rock band hailing from Mar del Plata who released a handful of records between their origin in 1997 and their subsequent breakup in 2004. Very little is known about the elusive band except that they played a few spaced-out gigs here and there around Mar del Plata, and that they were supposed to release an “in memoriam” album in 2019 but nothing came of it. Saying that I’m utterly devastated to have discovered this band while simultaneously realizing they are no longer making music would be an understatement. But here’s my take to whet the appetite of the curious: super mellow Sonic Youth mixed with something Duster would make after having listened to Slowdive’s Souvlaki for a couple of days. There are copious amounts of layers upon layers of instrumental embellishments, intertwined vocal lines, and profoundly moving swells that ebb and flow as the tracks bleed one into the other seamlessly. Lysergic synth interludes mix with textured guitars that sound borderline film score-ish and icy, trebly keyboard arpeggios  arepeppered throughout most of their records. Bienestar, their last studio record is an absolute masterpiece, oozing nostalgia and sepia-coloured vignettes of mundane life. Just listen to it already.