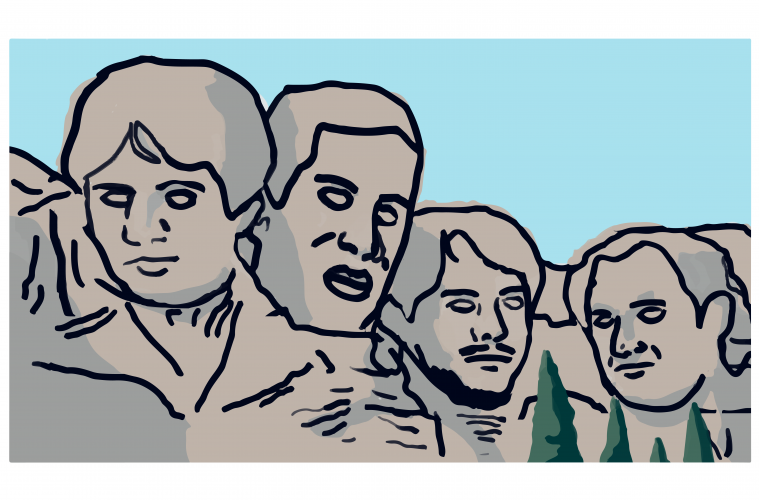 The Return of Okupas, the Greatest Argentine TV Show of All Time

There wasn’t a whole lot that was going well in Argentina during the early 2000s. The country’s economic collapse ensured that there was little to be happy about, and an overall sense of uncertainty. But as a teenager who was equipped with my very own TV set, I knew I had somewhere to turn. A home of my own. Public television. Argentina’s beloved channel seven.

That public access channel, beaten down as it was, was the home of TV shows that truly marked me and taught me the important things in life. From Monday to Friday I would come home from school and watch Pulgas En El 7, a show that was too adult to be kid-friendly and too kid-friendly to be adult. On Mondays it was Todo x 2 Pesos and on Wednesdays… well, on Wednesdays things got a little heavier. That was the day Okupas would air. The best Argentine series of all time (sorry not sorry Los Simuladores).

On Wednesday, October 18, 2000, the miniseries Okupas first aired. Written and directed by Bruno Stagnaro, one of the brilliant minds behind Pizza, Birra, Faso along with Adrian Caetano. The series was brought to life partly due to the success of said film, as well as a bit of a crisitunity: producer Marcelo Tinelli had a debt with the Federal Broadcasting Committee and the options they gave him were either to pay a fine or to put together a new show to air on Channel 7. That is how Ideas del Sur, Tinelli’s production company, gave us two of the most unlikely cult programs on Argentine TV, Okupas and Todo x 2 Pesos.

Almost twenty years later, Okupas returns to the spotlight after being added to the Netflix catalog. And honestly, if you haven’t seen it, I envy you. It’s one of those shows I wish I could have wiped from my memory to be able to experience for the first time all over again. I watched it three times. All three times caused me to laugh, cry, have anxiety, and cry again. Don’t worry, this is a spoiler-free article. But I’d like to tell you why you should watch Okupas.

Following along with the general aesthetic of Pizza, Birra, Faso, Stagnaro tells the story of Ricardo (played by Rodrigo de la Serna), a middle-class twenty-something who, in the middle of the country’s crisis at the tail end of the 90s, decides to abandon his life. He drops out of school and accepts a job looking after a broken-down home in microcentro, keeping squatters out. What happens when you put a young bougie in a squat? Well, things definitely head south in more ways than one. But thankfully, Ricardo had the help of four sidekicks: El Pollo, Walter (the “rollinga,” a term referring to Rolling Stones fanatics), Chiqui (everybody’s favorite), and Severino, one of the most beloved TV dogs in the country’s history.

Okupas was clearly not a show I should have been watching at 13 years old, but it was the show that first exposed me (and a bunch of other people) to a reality I was only vaguely aware of. It also kicked off a subgenre within Argentine film and television, exploring these derelict stories: Tumberos, Sol Negro, and more recently El Marginal and Un Gallo Para Esculapio. In fact, the latter was directed by Stagnaro and written by Ariel Staltari, who plays Walter on Okupas.

Okupas aired on three different channels throughout the years. Twice on TV Pública, once on the America channel, and finally on Channel 9. After that, the show’s legion of fans would regularly upload their pirate recordings onto YouTube, which would soon be taken down due to music copyright claims.  Beyond the human (and animal) protagonists, the show also has two additional characters that carry the story forward: the broken-down old house, and the music.

Back in the day, there was no need to acquire the rights to air certain music on television. So Okupas had an impressive soundtrack: The Beatles, The Doors, Bob Marley, The Kinks, Manal, Almendra, Sonic Youth, Pappo, Sumo… and above all, the Rolling Stones. This explains the horrified reaction fans had when we found out that the Netflix version not only came with a restored transfer but also with a new soundtrack.

I won’t lie, it was a bummer to find out that the new music would be written and recorded by Santiago Motorizado, from indie rock band Él Mató a un Policía Motorizado. As much as I appreciate Santiago’s work, I hate his singing. And you can’t compare the list of artists I named earlier with Él Mató. Regardless, the young Motorizado did a really solid job. And with over 30 original songs, several other notable ones were added to the soundtrack. Most importantly, the final song, the one that causes goosebumps and teary eyes on anyone who has seen the final episode, is still there. So don’t worry. Musically, Okupas is more than safe.

The story holds up. I would dare to call it timeless. Friends fooling around, getting high, doing “rollinga” dances, scuffling, gambling against each other, fighting and becoming friends again. It doesn’t matter when you read this, that’s what friendship is, and that’s Okupas as well. A story with a clear beginning and a clear ending, since its creators never planned a second season. But the journey kicks you in the back of the neck; it pries your eyes open and forces you to watch, like in A Clockwork Orange.

On a personal note, Okupas was my first exposure to the topic of drugs, sex education, and much more. It made me aware of where I stood in the world, one’s own privileges, and those less fortunate. It taught me about having codes and being a true rogue. To be attentive and present because you need a game plan when everything starts to shit. Okupas showed me the dark side, anxiety, fear. I think it’s thanks to the series that I always stayed away from cocaine. I think the fear and respect I feel when I walk around certain areas came from Okupas. I think the only reason I ever dated a rollinga was Okupas.

I don’t know if with all this I managed to convince you to watch the show. But do yourselves a favor and watch it. It’s only 11 episodes of less than 40 minutes each, you’ll be done with it in a couple of days. And it will be worth it. All these years later, Okupas remains a singular piece of fiction, unmatched by anything that came after it.