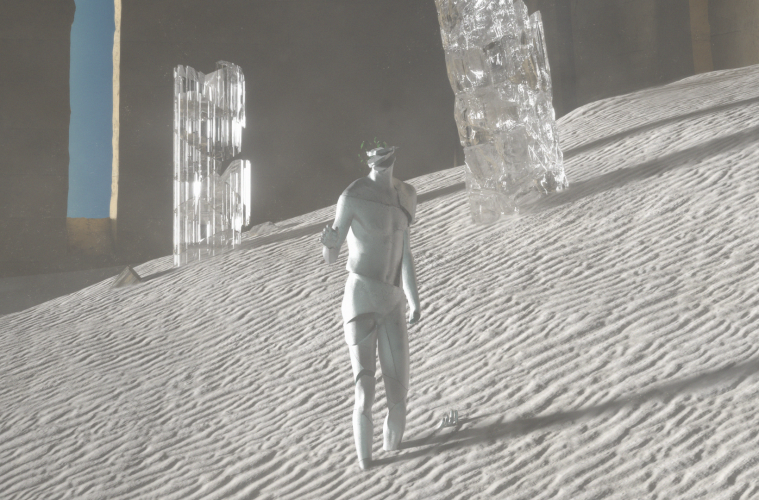 Era de Menta is the product of the collaborative forces of Clara Lambertucci, Tomi Porcelli and Matías Méndez. However, make no mistake, Era de Menta is not a currently active band. They strangely but fittingly embody lightning in a bottle in the form of a debut and final album. One that might as well be nameless nebulous songs in the collective consciousness of those willing to stick their ear to the ground and hear its growl.

Having followed their shows ever since they started touring in 2016, I always got the feeling De Menta (their former name) was this hot new thing I wanted to share with people. The Spinetta-esque parallel had been ever-present in many prog rock acts in Buenos Aires, but this time it was certainly different.

The sheer amount of pure experimental energy in the music was always puzzling and it purveyed the group in a strange symbiotic way. Not only in their musical coalescence, outstanding songwriting, and stage presence but also as people when I eventually got to know them. Years went by and those songs I’d heard were stuck — drops of dew in time…radio silence.

Recently and unexpectedly, they have announced that on May 21, a compilation of those lost tracks will be released as an album called “Era” (“Was”) to commemorate and bring to life a handful of groundbreaking prog-rock tracks. The album arrives only to announce the band’s departure to new horizons

The transience is best portrayed in the accompanying documentary film “Fragmenta”, which was released last weekend, and puts you in the epicenter of the album-making experience and how it was all recorded live, every step of the way.

I was lucky to have a heart-warming chat with the musicians behind “Era” over Meets and they were happy to have a little back and forth in light of its coming release:

How did the band and the album happen?

Clara: The band started when Tomi and I started jamming with Matías in 2016. A few months after Tomi came back from a trip, we all got together at my house and we wrote 5 songs in one sitting. We started gigging and funding the recording sessions until we finally got together again during these last few years to get it released.

What happened with the songs and the record from 2016 until this year, thematically speaking and also lyrically?

Tomi: Most of the song’s lyrics changed as a result of what the songs eventually became: A space of writing and experimentation. In the end it became apparent that the album’s concept would kind of be the journey of being that band at that point in time.

Mati: I feel that because of the types of artistic media we consume, we kind of are always on the lookout for those intertextual connections. This album didn’t have them but we think preserving the songs themselves is truly the important thing.

Clara: I guess a key thing is that we are not the same musicians we were back in 2016. It’s been an exercise in learning how to be a musician, for sure! And it’s funny to reflect on how we were trying to shape songs into different concepts at several points during the writing process.

What does the band mean to you, knowing that you won’t be playing together as a band?

Mati: I think De Menta is a non-existent place now but it was a space for experimentation and growth. The best thing is that we got the songs recorded and we have them out there. We didn’t follow the rules in songwriting.

Tomi: It was the impulse to experiment and play. Even when we kind of knew it was something we would abandon, we still kept working at it in the studio by adding production behind it.

Clara: It was a huge source of learning. Everything seemed to be so capricious and filled with illusion. It was like a child playing and experimenting with things for the first time.

What’s in store for each one of you in the future?

Tomi: I’m planning to release an EP in June and I’m producing songs from other fellow musicians. I joined Elefante en la Habitación recently as a solo musician.

Clara: I’m playing bass for Hijxs Malones and Jaz Laurenza and producing some of my own material on the side.

You can listen to the first two singles off their album album “Era” below: