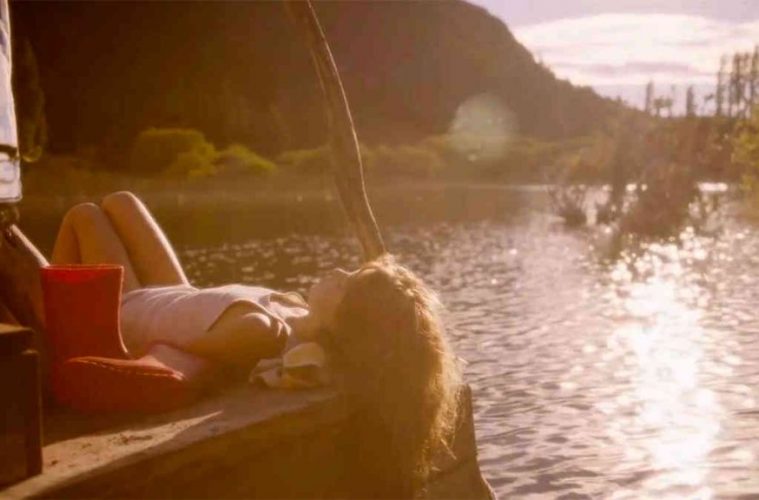 Film Review: Yo Niña is a Rich, Nuanced Depiction of a Fractured Childhood

Making a movie that is not only centered around the experience of a kid, but also assumes that kid’s point of view, is really hard to pull off. Or at the very least, it’s hard to pull off without coming off as condescending, disingenuous claptrap. Something about a bunch of grown-ups attempting to portray the world as it is experienced by a child, and accurately and fully depict the nuances thereof, always ends up coming off as labored and artificial. Like we’re too far away from our own experiences, and too deeply caught up in our own silly grown-up ideas, to effectively tell a story from a child’s point of view in a way that feels real, lived-in, and not overly whimsical or naive. It feels like putting on a costume.

However, there are a few films that pull it off with aplomb. Recently, we saw Sean Baker’s fabulous film The Florida Project tell a very adult story while choosing to adopt the point of view of the child characters, and the end result was a uniquely powerful and moving experience that also managed to feel true to life. Because we were seeing this world from the perspective of the children that populate it, everything in it – from the specific story beats that are obscured vs. those that are revealed explicitly, to the overall emotional “color” of the film’s narrative thread – is channeled through this prism. When it’s pulled off well, it’s a remarkably effective way to frame a story. Yo Niña, the debut film by director Natural Arpajou, is another example of this approach working wonderfully.

Yo Niña tells the story of Armonía, a six-year-old girl who has been saddled with the worst kind of hippie, anti-establishment, let’s-go-off-the-grid-and-live-in-the-woods parents. It’s a charming concept, but it’s actually very damaging: it results in a complete lack of structure and boundaries that leaves the little girl in constant search of an actual adult figure she can look to for guidance. Her parents’ refusal to participate in the trappings of modern life are portrayed at times sympathetically and other times as a real cause of struggle and strife for the family and those around them. These parents are woefully underprepared for the life they envision for themselves, and Armonía is often left to her own devices in a way that seems tantamount to abandonment. She doesn’t even call them “mother” or “father,” instead referring to them by their first names.

After a tragic incident forces them to leave their idyllic dwelling and actually interact with the bourgeoisie, Armonía’s world starts to gradually open up as she discovers concepts that notions she’d never experienced in her short life. The family must grapple with ideological disputes, with the prying questions from their peers, and with the internal tensions that arise from their own choices and child-rearing approach. It’s like a fish-out-of-water story, but not in the charming Crocodile Dundee way; instead, it’s actually pretty heartbreaking. This is where we see the true virtue in using Armonía as the point-of-view character: if the film had taken a different narrative approach, it might’ve been too dense to bear. Instead, we experience it all through her eyes.

Aside from Arpajou’s clever handling of tone and method of framing the narrative, two other aspects elevate Yo Niña: the acting, which is incredible. All the performances feel vibrant and real, especially – and most surprisingly – that of Huenu Paz Paredes, the little girl who portrays Armonía. Child actors are so often the weak links in their films, but Huenu Paz Paredes delivers a stunning performance that conveys all of the story’s emotional beats perfectly. Also: the film is stunning to look at, and its majestic and sumptuous shots of Patagonia almost managed to convince me to move there myself.

Yo Niña is a rare movie to find in mainstream Buenos Aires cinemas; you’d expect to find a movie like this screening at the Gaumont or at the Arteplex, but rarely do you see a movie of its kind playing at Hoyts and Cinemark theaters. That’s because it’s an autobiographical story centered around childhood that is neither saccharine or maudlin; its story is largely about a kid, but its target audience isn’t children.

It’s not a contemplative, miserablist trudge about the struggles of childhood, such as Carlos Sorín’s Joel. It’s also not a reductive, condescending children’s tale. Instead, it avoids the pitfalls of child-centric movies by being its own idiosyncratic sort of in-between piece, thrives on nuance and its ability to tackle complex subjects without losing sight of its central point-of-view character. Yo Niña is a lovely film, and more than worth a watch.

Yo Niña can be streamed for free at Cine.Ar Play.