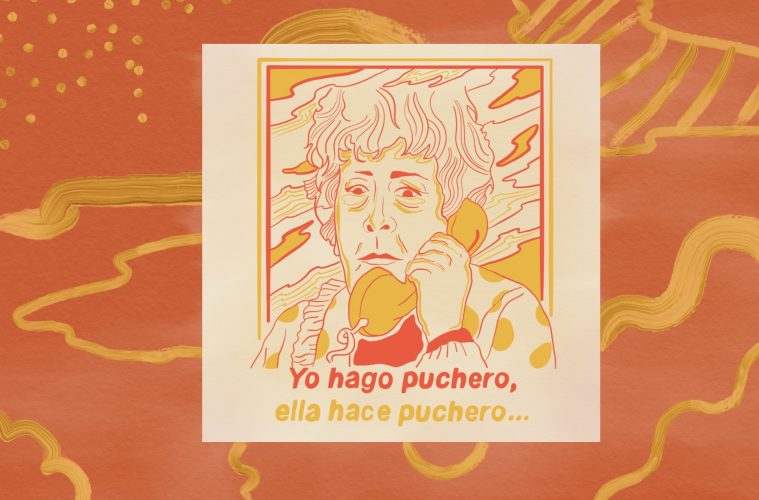 Esperando la Carroza, the Most Chaotically Argentine Film of All Time

“The Mexicans came from the Indians, the Brazilians came from the jungle, but we Argentines came from the ships,” President Alberto Fernández said not long ago, believing that he was paraphrasing the Nobel Prize Winner Octavio Paz when he actually quoted part of a song by Litto Nebbia. Well, I’m going to paraphrase my friend Rodrigo who said that “Argentines don’t come from the boats, we come from Esperando la Carroza.” I also believe that if there were something like a university major on Argentine studies, Esperando la Carroza would be a central subject.

Esperando la Carroza is the best Argentine film of all time. According to me, that is; most people (and Google reviews) tend to place it in their top five, which is nothing to sneeze at.

As any good Argentine invention, Esperando la Carroza is originally of Uruguayan origin, just like yerba mate, Carlos Gardel, and Natalia Oreiro (?). Born as a stage play by the Uruguayan-Romanian playwright Jacobo Langsner, the stage version of Esperando la Carroza managed to arouse controversy on both sides of the Rio de la Plata. People either loved it or hated it. Critics tore it apart at the time, which did not prevent a subsequent adaptation to the television format under the direction of Alejandro Doria, featuring a large part of what would later become the cast for the film.

The film was released in 1985, written and directed by Doria with input from Langsner. And yet many of the gags and catchphrases that we remember were adlibbed, stemming from the genius of the actors. The film features a dream team of Argentine actors: Luis Brandoni, China Zorrilla, Antonio Gasalla, Julio De Grazia, Betiana Blum, Mónica Villa, Juan Manuel Tenuta, Andrea Tenuta Lidia Catalano and Cecilia Rosetto. It also featured Enrique Pinti, who almost begged to be included, as a guest actor, as well as a brief and memorable apperance by Darío Grandinetti.

This grotesque comedy shows us all the miseries of a family in the early years of post-dictatorship Argentina. The newly rich, the aspirational middle class, the poor and the poorer try their best to cope with the disapperance, death and “resurrection” of Mama Cora, the matriarch of the family.

The first thing you’re going to notice if you’re watching the movie for the first time, or watching it again after a long, long time, is that there is a lot of screaming in the film. This at Doria’s insistence, but reportedly everyone on set doubted it except for China Zorrilla, who clearly always understood everything. The second thing that you will notice is that the film is full of catchphrases and references that are continuously used by the Argentines around you (regardless of when and where you read this). The third thing that you are going to notice is you’ll catch yourself laughing at a lot of things that you should not be laughing at, a string of delightfully devilish jokes that are an absolute delight within the film’s satirical tone.

The key to the film’s success in achieving this is to make everything an exaggeration. The screaming, the exaggerated acting, the ridiculous situations, the insults, the impropriety. Everything works in favor of a story that, told otherwise, would be a family drama about horrible people. For this reason, beyond having been considered within the genre of “costumbrismo,” Esperando la Carroza is rather an acerbic parody of the worst tendencies of Argentine culture. A dysfunctional family caricature stands us in front of ourselves and shows us everything we don’t want to be.

Another element that helps to untether the film from reality is the character of Mama Cora. This character, who is only ever referenced through dialogue in the stage play, is a central part of the film, even when there aren’t that many scenes of her with the rest of the cast. Mama Cora was initially going to be played by Niní Marshall but that idea was quickly discarded because no one was going to want to see Niní being mistreated. So they opted for Antonio Gasalla, who was clearly neither a woman nor an octogenerian. But he knew how to compose the character within the absurd and endured the almost 5 hours it took him to apply latex makeup to transform him into an old lady. This caricatured and unrealistic Mama Cora is another piece that helps us to distance ourselves from history, to move away from realism and place ourselves in the absurdity that makes it enjoyable.

36 years after its release, Esperando la Carroza is part of the Argentine DNA. Even if you haven’t seen the movie, you still know the references. If you saw it, surely you have a mental ranking of your favorite scenes and lines from the movie that you use in your daily life. Esperando la Carroza is everywhere, passed from generation to generation, spawning new and improved legions of “Carroceros”. Waiting for the moment to be rediscovered. To sneak into your life. Qué duda cabe!