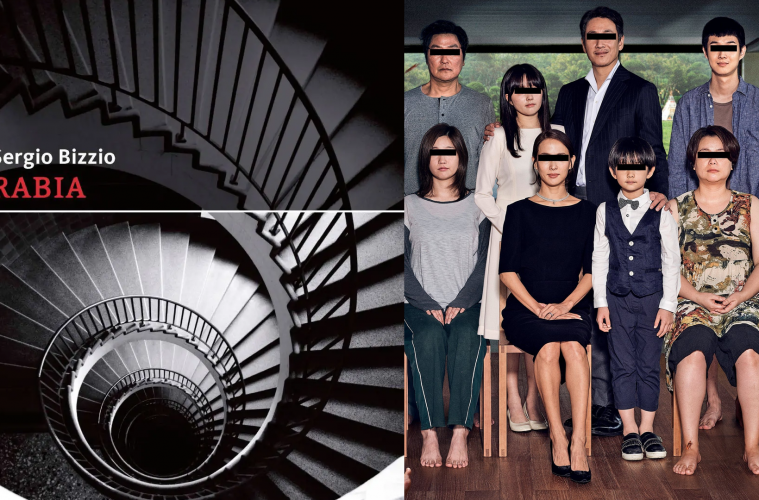 “This review (sic) has already been written
a minimal detail has been changed.
Near the end,
just one step away,
I feel a déjà vu
déjà vu.”
Gustavo Cerati (1959-2014)

I invoke the greatest musician in Argentine history (and yes, he is the best) to tell you a new story. I thought of him after something that happened to me some time after reading Sergio Bizzio’s book Rabia.

Let’s start by defining the concept of déjà vu. The internet says it is “a kind of paramnesia, the recognition of some experience that feels as if it had been previously lived.” We all experience it at some point. It often happens to me with art, where it feels like I’ve already lived through what I’m reading or watching. In this particular case, I anguished for a long time not being able to pinpoint just what I was being reminded of.

I subscribe to the theory that there’s a finite number of topics one can write about.  My workshop teacher believes that we only write about love, life and death. Christophe Booker worked for thirty years to define seven basic story ideas for every piece of literature ever. I find it fun to attempt to systematize art and I want to briefly explain these seven plots before delving into the book of the day. These are the categories:

Clearly, in this stupid task of summarizing Booker’s systematization we see that it is impossible to categorize everything into seven basic plots. So much so that the same thing happened to our pal Booker; towards the end of the book he adds two more categories: “the anti-system rebellion” and “the detective novel” (mystery). What do I think? As I said, human beings are not as original as we think we are, and both life and literature present us with a certain number of possible reactions, but starting to systematize them is exhausting to even think about.

Ok Guido, you promised to talk about a book and you haven’t even mentioned it. You’re right. Today’s book is Rabia by Sergio Bizzio and the best way to describe it is “a punch in the face.” A knockout. It blew my mind when I read it and I wondered where this book and this author had been all my life (sidenote: I didn’t read it a second time).

Rabia begins with a feverish love story between José María and Rosa. On the first page, we find the protagonists in bed and the passionate bricklayer asks his girlfriend Rosa, who works as a maid in the Blinder’s mansion, to give him some ass. They met met while waiting in line at a Disco supermarket, which I love because I lived all my life above the Disco on Bulnes and Beruti. They make love in a telo every Saturday and sometimes on Sundays. They couldn’t afford more than that. Sometimes they went on walks, but they preferred to lock themselves in the hotel.

One day Rosa invites José María to visit the mansion. He couldn’t believe the size of the kitchen which was the only thing he was allowed to see. Around the same time, he began to have problems in the neighborhood. He got into a fight with the janitor, with another neighbor and with the foreman of the construction site. One day, in a fit of anger José María commits a murder. And I think that’s about as much as I should tell you.

Fast forward to 2019 and everyone is talking about a great Korean movie. I love South Korea, I love kimchi and one of my favorite restaurants in Buenos Aires is Na Num. In 2018, when Sampaoli decided to lose against France, I was in Moscow. I had some free time and money (since I had resold the tickets to the final), and I almost decided to visit Korea, it was eight hours away. I ended up deciding against it. So, I had to settle for going to see Parasite at the movies. The film made me extremely uncomfortable, and this discomfort grew and grew as the days, weeks and months passed. I couldn’t figure out where, but I had seen that story somewhere.

Until one day had to organize my books, and suddenly I found Rabia and had the epiphany. Two neurons connected and do something my sister must have studied in medical school: I connect the Argentine book to the Korean film. Bong Joon-Ho stole the idea from poor Sergio! Obviously I don’t think so, but it’s funny to think about.

You may very well read the book, watch the movie, and tell me I’m out of my mind because they’re nothing like each other. And I’ll answer: “I don’t care. My brain connected them, and it works to me. Ask my sister about it.”

Read Rabia, watch Parasite, and eat the smoked girgolas with roasted kimchi, regianito cheese and cauliflower puree from Na Num. Do it in any order and, maybe, you’ll experience that déjà vu or a synapse as my sister just explained to me.