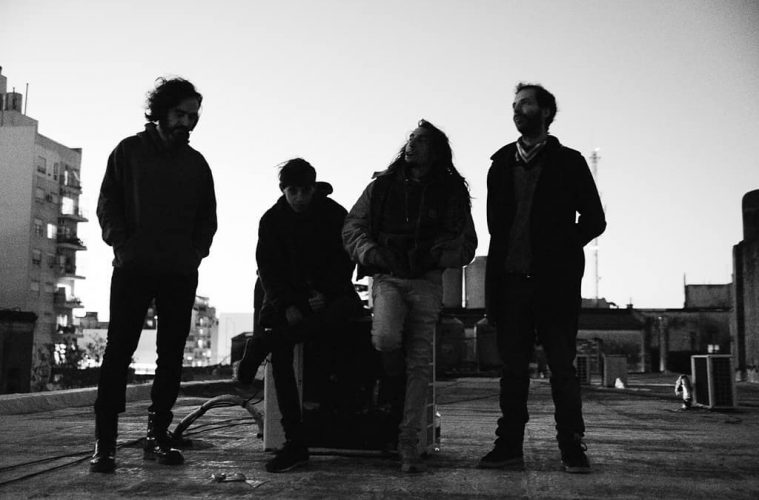 Interview | Moving through adversity with Fanzine

Fanzine soon began publishing their music independently through band collective and record label NTN. They came out hitting with their first full-length release, Doble Filo (2018). In 2019, they followed it with the EP Autorreferencial. Their latest EP, Homo gamer, came out last month.

I had the pleasure of catching a phenomenal show of theirs before Covid put live music on pause. Now, as the band prepares to drop an LP later this month, it seemed like a perfect time to chat with them about their current sound, quarantine and plans for the rest of the year. Here’s my conversation with Nicolás Arana of Fanzine. 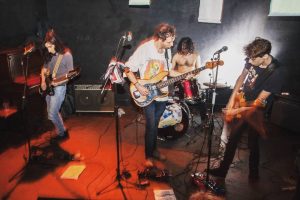 Interestingly, your newly released EP Homo gamer has been uploaded as one 13-minute track. Why is that?

It’s a collection of loose things that function more as a unit than as individual songs. Between jam sessions, songs that are left out, alternative versions or things that each one of us records, we have many things saved that we review every so often, and from there the new EP came out. Between the length and the order of the tracks, it feels more like a big track with different parts.

Do you think Fanzine has a defined sound or do you approach each track as its own entity?

In terms of instrumentation there is a defined sound that is the classical formation of two guitars, bass and drums. And the sound comes from the mix of the four of us, each with his own personality. Then every track is its own entity and could turn out any way… but the songs that escape that [characteristic] sound are more exceptional.

Although you’ve released instrumental music before this EP, what is it that keeps you going back to releasing music without vocals?

First of all, because we like it. We’ve always played instrumental music and sang songs without much distinction and it kind of comes naturally. In this case, there were some more reasons why it ended up being all instrumental.

First, there is the idea of ​​not having much to say with words because of the vegetative state of everything. Second, we always sang on previous albums and wanted to do something different. Third, for those who don’t like how we sing, they have the instrumental Fanzine and they don’t have to put up with us.

Aside from the quarantine, what was the most challenging aspect of recording this EP?

Finding a group of things that worked and had a message. I don’t think [the EP] has anything recorded during the quarantine because we haven’t been able to record anything since then, except for some rehearsals. The fact that it’s all instrumental was another challenge in itself. To achieve a message only with music.

As a result of the quarantine, we’ve seen a lot of very established cultural clubs close. I caught one of the last gigs you did before the pandemic at the now-closed Maldito Rock Bar. Do you think it’s important musicians and audiences support these venues and do you think these closures will affect the scene as a whole?

Yes, surely. It’s hard to know how this is going to end, but it always seems worse. For there to be a scene there have to be many things in motion and people doing things with others… and that doesn’t go with the ultra individualistic reality that we live in with all of this, and it seems that it’ll be that way even more so in the future.

It’ll have to do with how we maintain our mental and economic health. Meanwhile, there’s no need for much analysis; for a long time there hasn’t been a scene. If there is one, we haven’t found out about it.

What are some bands you enjoy that you think more people should be listening to?

Wipers and The Replacements. They are not unknown bands for the nerds that spend all their lives listening to music, but in general they are not known here. There’s no reason not to become obsessed with either one of them.

Bands from here that I saw many times and that were very good but underrated are Los Octopus, Olfa Meocorde and Riphle. The label that we are part of Noche/Tranz/Noche (NTN) has everything for all tastes: Interzona, Hombre Herramienta, El Ente, etc… all great bands. 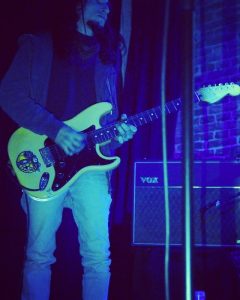 Do you have other projects outside of Fanzine that you’ve been working on since the quarantine?

We all have alternative projects, other bands or solo things. César produces his own albums and those of others, I do solo things and things with other people, Nico [Quiroga] has bands in Chivilcoy and Mar del Plata and Walter is always playing with someone new. On my part, I’m doing an electronic EP now, which I’ve never done before.

Now that you’ve released Homo gamer, what is on the agenda for 2021? A series of shows? An album?

We have an LP that is coming out soon that we have been working on for a long time. These are the tracks that we had been playing before the quarantine that, for obvious reasons, made it very difficult for us to finish. We are already finishing the master and the cover art.

Despite how hard it was to make it come together, we are quite happy with how it turned out. Then we have material for another EP that we will release eventually. We’ve also been rehearsing new songs to record when we can. It’s still difficult to think about playing live and we’ll surely have to wait for that. As soon as we can do it, we will. It’s actually what we enjoy doing the most.