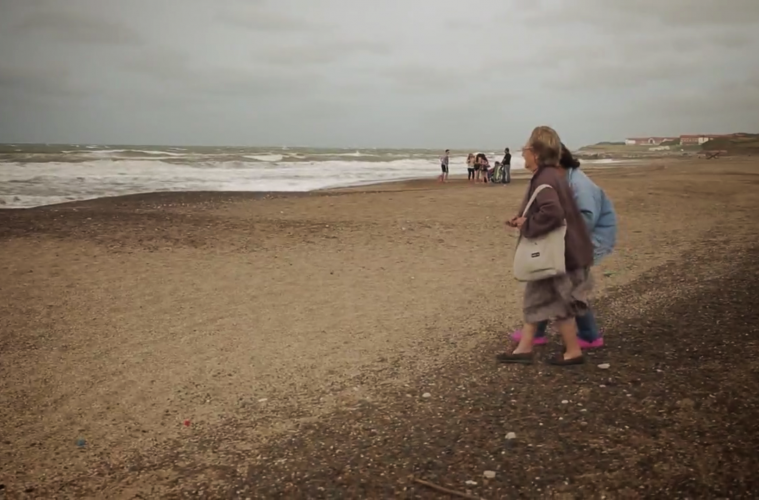 Film Review: El Último Viaje and the Immensity of the Mundane

Here’s the thing about the vastness of cinema: as much as it can bring us along in grand journeys of heroism, epic struggles, and fantastical worlds full of never-before-seen wonders, it can also be used to shine a light on the nooks and crannies of mundanity; that is to say, go against the current prevailing notion of what storytelling is supposed to be (fantasy and escapism) to point our attention at smaller stories. The kind of stories you’d gloss right over in any other setting. Stories that might appear insignificant at first, but whose central issues speak to the very heart of the human condition. Stories that, in their own quiet way, are as grand and majestic as any large-scale adventure.

El Último Viaje is a documentary film from 2018 by French director Mathieu Orcel. The movie is sneakily deceptive in its scope and its stakes. It brings you right into this small story by presenting it as a quaint little slice-of-life, while also using voice-over narration to frame it as a deeply significant tale. Through the course of its brisk one-hour runtime, one is able to come to an understanding that it is, in fact, both, and that to surmise that it can only be one or the other is fallacious.

El Último Viaje introduces us to Angelica, Elena and Marta, three women from Salta who are in the twilight of their years. They each come from different family and socio-economic backgrounds, the details of which are related to us individually throughout the film. They each carry the weight of a long life lived, with loves lost, victories, defeats, and everything in between. And they have another thing in common: none of them have ever seen the ocean. This fact serves as an example of the kind of seemingly inconsequential, but actually enormously significant details that this story is filled with.

Through a state-sponsored raffle, the three women are awarded a trip to the beach retreat of Chapadmalal, by Mar del Plata. The film is an interesting variation on the “road movie” formula, intercutting the women’s journey with one-on-one interviews where they talk about their personal histories, culminating in the moment where they’re able to stand face-to-face with the majestic enormity of the ocean, and all that it represents to them.

The film is, by definition, a documentary; but where that word tends to be associated with pieces of investigative reporting, here the format is used as another storytelling device for something that feels warmer, more expressionistic, and more personal. Through cinematography that feels at once naturalistic and deliberate, it manages to avoid feeling cold and detached like documentaries on similar subjects tend to do. Instead, this is a deeply empathetic piece that seeks to fully understand its subjects, convey their needs and desires, and bring audiences along with the swell of emotion that accompanies the story’s resolution.

One thing I was struck by when watching El Último Viaje was its handling of the topic of old age, and the inherent duality of melancholy and humor therein, without resorting to treating its subjects condescendingly or playing up their quirks for cheap comedy. The film manages to convey a tone that is often playfully quaint — perhaps most clearly shown in the opening sequence, which shows a crowd of seniors dancing rapturously with each other — without ever feeling like it’s trivializing its subjects, or talking down to them. Instead, the film revels in those moments of lighthearted fun, which makes its moments of heartfelt emotion all the more poignant.

The centerpiece of the film is the women’s journey, and eventual encounter, with the ocean. This is depicted as an almost mythological odyssey, loaded with pathos and meaning. Coming after having learned of each woman’s individual life journey, the moment they finally stand before the sea serves simultaneously as a metaphor for time’s arrows, a reminder of life’s impermanence, and a recontextualizing of our insignificant struggles in the face of life’s ever-changing vastness. As audience members, we feel the weight of that encounter, and we understand the significance of it. As the waves wash away the footprints on wet sand, so does life trudge ever onward.

What Mathieu Orcel and company have crafted with El Último Viaje is a solemn, emotional, charming and often funny meditation on the passage of time, the marks that life leaves us with, and the importance of moving forward. It is also a reminder of the power of film to illuminate even the most mundane of stories, and to move us deeply by just pointing a mirror on our raw humanity.

El Último Viaje can be streamed on Cine.Ar Play.