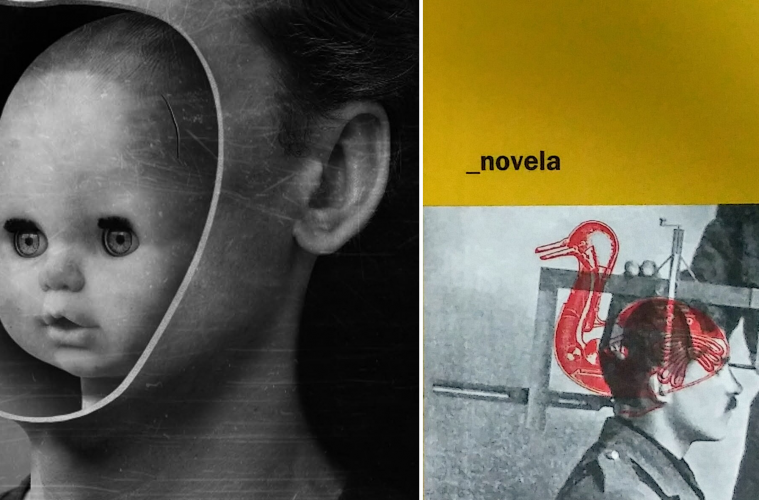 “Why write about books?” Baricco asks in his latest book Una Cierta Idea De Mundo. I find myself wondering the same thing. He concludes that books are simply there, by the thousands, a panoply of patient pleasures that silently aid the development of collective intelligence and fantasies. I love this idea, more so after such a difficult year and a half. Books provide us a way to spend time in other worlds, even for a little while.

At the time of writing this article it is International Book Day, a celebration that honors the deaths of William Shakespeare and Miguel de Cervantes. If we dig a little bit, just a little bit, we will find out that Miguelito died on the 22nd and was buried on the 23rd, and that Guillermito died on April 23rd of the Julian calendar, which in our beautiful Gregorian calendar is May 3rd. Nabokov also died that day, and I prefer to celebrate something easily verifiable, Happy Book Day, everyone! And in celebration, I bring you a twofer. Two books I read one after the other: La Comemadre by Roque Larraquy and Los Cuerpos Del Verano by Martín Felipe Castagnet.

Today’s story begins with a corridor greeting with a co-worker with whom I chat as if the world wasn’t going through a pandemic. This good man tells me that he identifies me as one of “the readers” at work. Flattered, I return the compliment and ask what he’s been reading. And, wouldn’t you know it, he recommends two books. Damn. I write down the names on my phone and we resume our posts. We are metal workers.

The world is still stubborn with the pandemic, but I’m still alive and one day, as I leave the factory, I visit a small bookstore. A typical Palermo bookstore, the kind that features a bar that serves drinks that nobody wants because the kind of people who go there only want to spend money on books. I get my books and go home. Happy as a dog with two books.

And I start with La Comemadre by Roque Larraquy. I have to admit it grabbed me right from the start. The characters meet in a Temperley hospital in 1907. It focuses its view on hospital corridors and on a psychiatrist who seems pretty honest and is falling in love with the head nurse. The head nurse is a workaholic who doesn’t seem to realize that doctors want her. We feel the spirit of positivism, a philosophical trend towards the end of the 19th century, which is still present in this hospital far away from the lights of Buenos Aires.

One day, the owner of the hospital and the hospital director arrive. They gather the entire medical team and read a study on the guillotine from some unknown century. In it, it is revealed with Cartesian precision that when their heads are properly cut off, severed heads can stay alive for a few seconds. Heavy. Not so much for these knowledge-hungry scientists who are looking for the truth about what’s on the other side of life…

The second part of La Comemadre transports us to Buenos Aires in 2009. The limits of what is permissible, or what skirts the outer edges of ethics, is no longer a debate to be found in science but rather in a childish artist’s exploration. A tiny conflict, we could call it. And I must admit that the world of conflict and art are two of my favorite subjects when they are explored in literature. Someday I will develop this idea in another review. It was easier for me to find relationships between the two books I read than between the two halves of this one novel, but it flows really well and I recommend it greatly.

“It’s good to have a body again, even if it’s this fat woman’s body that no one else wants …” begins the science fiction novel Los Cuerpos Del Verano by Martín Felipe Castagnet and the first alert appears. The reader’s concessions begin because this not-too-distant future, where those who pass away can continue existing on the Internet, feels like a very plausible story. Any resemblance to iCloud is no coincidence. In that virtual state you will be able to have the same life that you have now, just without the physical part. Until you or your relatives have enough money to acquire a body for you to continue your life in. The more money you pay, the better body you get. Capitalism always wins.

I won’t lie: it was hard for me to get into the novel because of the barrage of names it hits you with at first. But once you’re in, you don’t want to it to end. The writing is so vivid, and that far-off world is quickly approaching our reality as we continue to have the same feelings: love, ambition, revenge. The protagonist lives in the cloud for over a hundred years and when he returns, the only thing that moves him are these feelings. Especially revenge.

That should be enough for you to decide whether to read it or not. I recommend that you do. And I also recommend that you continue reading this article because I would love to analyze the pleasure of reading books in quick succession.

If more time had passed between reading these books, I could not have found the amount of similarities that I was able to find between them. It was great to find the same passions and the same mistakes that we constantly make, represented over three versions of Buenos Aires spread across a hundred years. I remember that definition of history that we learned by heart in school: “History is the study of past events to help us understand the present and keep us from repeating them in the future.” Well, it also applies to literature and to what Baricco said about books as a panoply of patient pleasures silently aiding in the development of collective intelligence and fantasies.

You build your own path of reading, and based on the order of that readings, you grow as a person. We all remember the first time we read The Little Prince. We all have a book that marked our childhood and a book that made us readers. I was not born a reader. One summer I found myself surrounded by five women on a rainy day in Mar del Plata. And a book winked at me. It was called Fútbol A Sol Y Sombra by Eduardo Galeano, and it was the first time I read something for pleasure. Books shape us, there is no doubt about that. I firmly believe that I am a better human being after having read Dostoyevsky.

And the order in which we read things will form us as readers, or as people (which, at the end of the day, is the same thing).