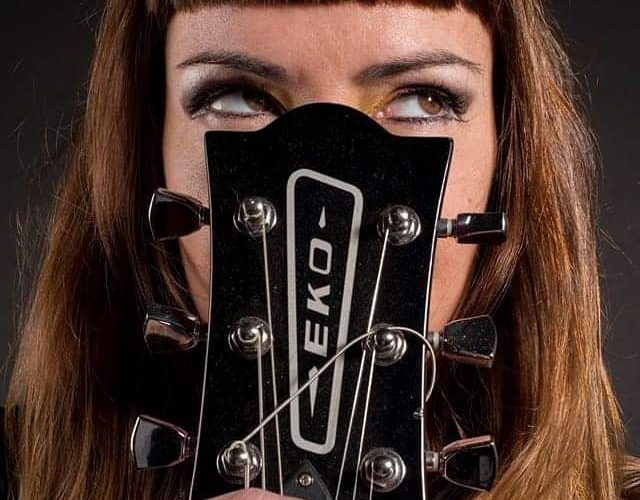 Interview | Nothing is Impossible with Anita Konfundida

Anita Maldonado has been a recognisable presence in the punk scene with her noted appearances in the once all female led ‘Estoy Konfundida’ which started back in 2003 and her additional side-project ‘Los Adorables’. However while it seems that some acts decided to pump the break during the lockdown and quarantine period, Anita has seemingly put the pedal to the metal resulting in the reformation of ‘Estoy Konfundida’ into a power trio of bass, guitar & drums.

On the cusp of more lockdown measures and ahead of the release of new music from her solo outing as ‘Anita Konfundida‘, she relased her new single “Imposible” on April 30th. Now seemed like a better time than ever to chat with this punk professional about what makes her tick and what we can expect from her next.

Anita, you’re slowly approaching the 20 year anniversary of the formation of ‘Estoy Konfundida’ how do you think you and the band has changed in these last two decades?

It is a long process, I learned a lot…I had a lot of fun and I learned to express myself through music without depending on a band or certain people. The music is in me and I can express it with anyone.
The band had line-up changes, although the same 4 female musicians were there for 13 years, now 2 of the “founding members” continue with the project. Right now with a male drummer, the essence remains the same. Catchy riffs, lyrics with a lot of humor, irony and word play.

What has been the driving force for you to play music and what inspires you?

A lot of articles talk about how the original line-up of ‘EK’ was formed through playing together in different bands and meeting through the local scene, do you think this sort of community still exists in the local music scene now?

I guess so. We’ve met many bands that for years we have come across again in the same places to play. You get together to organise gigs. Sometimes you tour…

What separates punk in Argentina from other prominent scenes? What makes Argentine punk sound unique?

As a woman in music what challenges have you or your other members faced and do you feel like there has been progress since you first began performing?

It has changed a lot since we started. When we went out to play they looked at us as if to say “what are these chicks going to do?”, And then they looked at each other in surprise. And we got off stage and they told us, we sound like guys! We understood that this was a compliment, luckily the situation is more normal now. It is further understood that there is no gender distinction, it doesn’t matter unless what you do is good or not. Also, at a certain point, we were in favor of being women. And as long as it brings us good things it’s welcome.

What brought about the reformation of EK and has Covid played a role?

Life itself, it’s been a long time. It became difficult to sustain the same group of people for so long. Coordinate and match times. Covid sucks. And the measures that are taken as well. But as long as the inner fire does not disappear, the music will continue to live on.

Now you’re exploring the path of a solo artist, has it been a difficult experience changing from the comfort of playing and writing with a band to going solo?

Its different. Neither more difficult nor easier. Also in band we also composed alone and then we did the song together. We have some parts that we’ve created as a group but most of them were already almost finished.
This is the first time I wrote guitar solos. That was weird. But I liked it. And I was glad to be able to do it. Obviously afterwards a good guitarist recorded it … 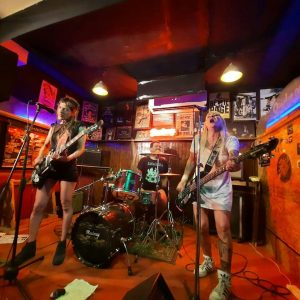 Due to increasing restrictions are you finding it difficult adapting or remaining motivated to perform and create new music?

Hmm … the whole situation is difficult. But sometimes the confinement forces you to get creative.

Your new single ‘Imposible’ was released April 30th, when can we expect your first solo album or EP and will you be playing any shows to showcase this new release?

I already have more than 10 songs recorded and I’ve never released them. I have them for myself. I didn’t know what to do with them but now I’m going to release them. I’m also doing new versions with musician friends and I would like to record some songs that I’ve never recorded. I also started doing a couple new ones with EK.