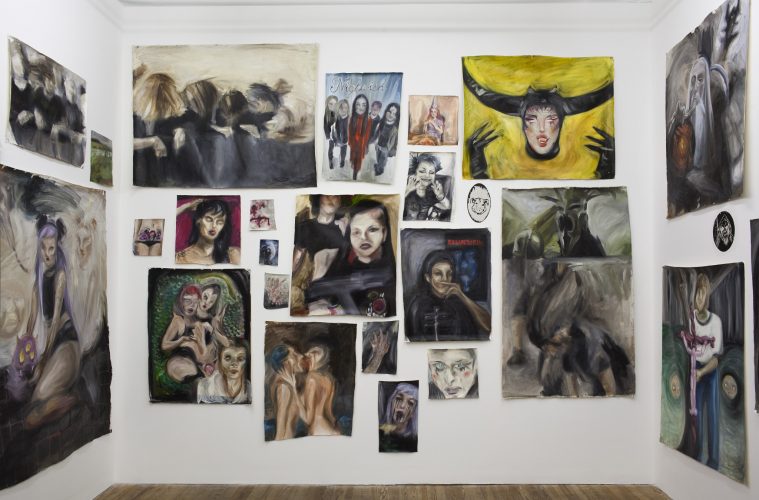 Five Local Visual Artists to Keep on Your Radar

Hello my artsy friends. Has your inspiration to make art run dry? Feeling a bit stale?  Nothing combats a case of artist’s block like some good old fashioned snooping, I always say.

I’m talking about looking around and seeing what others are doing, taking bits that you like, trying them out for yourself and then making them their own.

Here we’ve compiled a list of some hot talent from the Argentine art scene for you to pursue next time you’re feeling stuck. Give them a follow and stay up-to-date on their latest works of art.

Padilla has created a body of sculpture work as well as a performance piece which you can see at the Fundación el Mirador until May 8th. All of the  pieces in this show are made of essentially trash, objects that have been given a second life. The combination of the natural (wood, bone, wool) and the man-made (metal pipes, a mirror and even a shower head) create a new ecosystem. Padilla shows us the undiscovered species she has encountered as a natural being coexisting with the inorganic city environment.

Originally hailing from Tucuman, Hernan Aguirre Garcia is a presence to be noted in both the art and fashion worlds at home in Argentina and beyond. In essence, fashion design is wearable sculpture and this approach is evident in his work. Garcia makes wearable art works, like masks and hairpieces, and turns wearable elements, like the soft melty draping of fabric, into clay thus making it into a work of art. Check out his performance work as well and step into Garcia’s world of black, white, and gold.

This one of all of the multidisciplinary artists out there, and I argue, aren’t we all in some way or another?

Joaquín Ledesma aka Joa Joys is a visual and sound artist whose work makes you think about the last time that you picked up a crayon (if you have to think about it, it’s been too long). When I see his drawings of creepy crawly creatures my imagination goes to a crime sketch artist asking a pibe in pajamas to describe the monster under their bed.  Close your eyes, pop on his record Cueva Transparente, and press play on the monster movie in your head.

Next up is a Mendocina turned BA resident who takes seemingly simple objects and makes them monumental. A vase of flowers, a house, some chickens, even people produce a conversation with the space they occupy in the composition, and the space that they do not. You can tell that Oro’s native language is color, and although she uses a select few tones, their impact is strong. Keep an eye out for upcoming shows and workshops.

If you squint you actually just might see yourself in Becardino’s smoky portraits. Their show, Nunca Voy a Olvidar Lo Mal Que La Pasé, which was up last year in Piedras Gallery, takes their 2D work and makes them into a cohesive 3D experience with drawings and paintings snaking along the walls and clustering in corners. The movement in her painting reminds you of that exhilarating feeling of racing down Avenida Corrientes in a taxi at 5 AM, an intermission during la gira. The lights illuminate the set but the characters that await you at the destination remain a mystery.