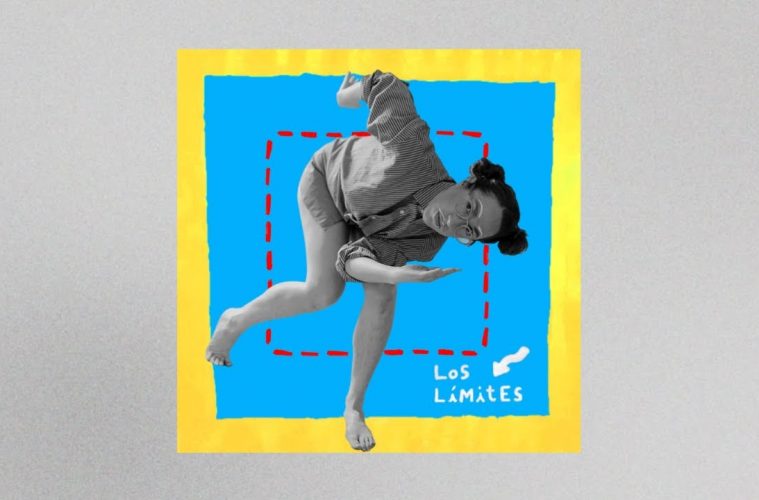 I came across Agathe’s piece of work in what could only be called algorithmic serendipity. The kind that makes you feel grateful but also creeped out in a very “what if The Matrix is actually real?” kind of way.

Aside from my tribulations about our current plane of existence, it’s safe to say Agathe Cipres’s music blew me away into a different plane of existence altogether. Her latest EP Los Limites is a lush, deeply-layered piece of avant-garde synth-driven electro-pop that borrows from circus-esque music, spoken word, prog rock and even drum & bass!

Before we dive deep into the utter brilliance of Los Limites, who exactly is Agathe Cipres? 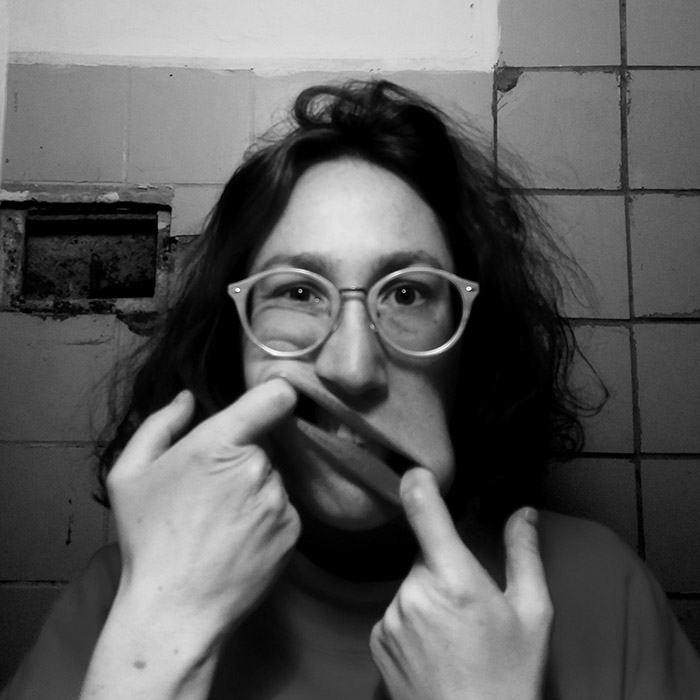 Born in Le Havre, region of Normandy in France, Agathe arrived in Buenos Aires in 2010 with the aim of learning about the city and its culture. She played in many other bands of varying genres including (but not limited to) pop, folklore, tango and even some cumbia for good measure. Agathe released her debut album Attrape-moi in 2017 and she’s been dropping singles ever since until the release of Los Limites.

It’s not an easy feat to pinpoint what exactly is so alluring about Agathe’s portfolio  so let’s take a tour around some of her early work so we can understand how Los Limites is an amazing coalescence of what makes Agathe’s music such a unique piece of art:

Attrape-moi sounds and feels like waters of two different waters at the mouth of a river intertwining to the point of heterogeneity. Agathe displays her wide array of musicality with everything from heartfelt but slightly sinister piano ballads like “Que quelque chose se passe” whilst reaching Kate Bush-like heights in tunes like the title track “Attrape-moi”. It’s clear from the get-go that Agathe has a sweet tooth for storytelling and gets the point across with the aid of her instrument choices. The record is peppered with trumpet licks, contrabass old-timey grooves and even some latin rhythms and thus, Agathe’s songs seem to go all over the place in terms of thematic cohesion. Perhaps it’s this very same sporadic and urgent nature that makes her debut album such an interesting listen when juxtaposed with her latest release.

Both “La Chance” (2019) and “Ouai!” (2020) show Agathe venturing out into different facets of her own ever-expanding microcosm of influences. “La Chance” is a soothing ballad featuring a wide array of strings, whilst “Ouai! sounds like a reflection on quarantine’s repetitive nature but over Rhodes keys and sampled percussion sounds. Her last single was “Diferentes” in 2020 but since it’s part of her latest EP it’s a perfect excuse to dive deep into it.

With the aid of producer Candela Cibrian (related to Pepito Cibrian for those who are interested in argie trivia) Agathe started working on her EP with “Presa” (the opener track) and in her own words it was a “love at first demo” affair. Her relationship with taking a backseat from production was weird at first but she quickly realized that this only allowed her to expand way beyond what she thought was possible in the realm of sonority and mixing.

Los Limites takes everything Agathe did on her debut and cranks the knob up to 11. With just 5 tracks and a runtime just shy under the 15 minute mark, she fully flourishes into a synth-pop performer without losing her delightful playful and eclectic spirit.

Take the previously mentioned opener, the song “PRESA”, as an example. The pulsating synth line is already a huge detour in terms of production, but also, Agathe’s voice delivery and lyrics have a sinister almost brooding quality to them, in the best way possible. And then after the first verse it clicks: the song explodes in a mind-melting half-tempo breakdown with blaring delay-laden trumpets and a slow and heavy, all-encompassing drum groove reverberates through your ears. Agathe’s voice quickly joins in unison to the melodic embellishments of the already soaring musical passage. It’s one of those “Aha” moments where music simply washes over you and you can’t help but take it all in and surrender to the experience.

“DIFERENTES” is her most – dare I say radio-friendly song. The hooky voice harmonies and deep 808 kicks and snares allow Agathe to reflect on our differences and reconcile them as well as those of others. The beat flirts with drum & bass at points but everything is so subtle that you’ll definitely find new musical easter eggs the more you listen to the record.

“TORMENTA” is a one-way ticket to trip balls town. The track’s got spoken word passages, even some classical music elements in the way the voices are arranged near the tail end of the song. I could pick up on some hauntingly beautiful reversed voice counterpoints in the middle of the mantra-esque ending which reminded me of something off of Kate Bush’s Hounds of Love second half.

All in all Los Limites is a huge leap forward in almost every aspect, from production to songwriting, to arrangement and effects. 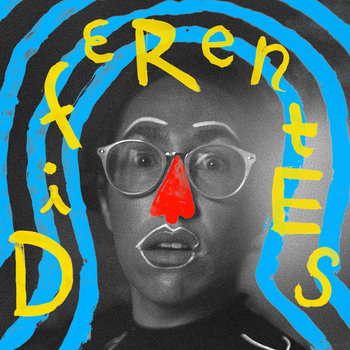 A talk with Agathe Cipres:

I had the privilege of reaching out to Agathe after the release of her EP and we shared a little back and forth to shed some light on both the record and her musical journey:

Tell us about how different the production process was when compared to your previous releases. What “knobs” did you move in Los Limites to have it sound like this?

The production process of this EP was completely different from anything I had done before. I basically sent a first and simple demo of the song “Presa” (with just a piano, some vocals) to the producer Candela Cibrian, and a week after she sent it back to me as almost the version you can listen to today. We can say it was “ove at first demo”!

And that is how she produced all the songs, with complete freedom. It was not always easy to let go as much, lose control of your songs, but it was a great decision because she could go to places that I never imagined would even exist.

What music have you been listening to lately? Which would you say are your inspirations nowadays?

Lately I have been listening to a lot of pop music, Art / Electro pop, like Christine and the queens, Flavien Berger, or Caroline Polachek, also some R&B, like Ariana Grande, Moses Sumney or Frank Ocean, the Argentine bands Los Besos and Triangula that I love, and the Brasilian band O Terno.

I guess everything that I listen to ends up being an inspiration, sometimes it is not even conscient, and it can be something I heard in a supermarket! I also get a lot of inspiration from reading, and listening to podcasts, or interviews about politics, art, social issues like feminism or ecology.

Your latest EP Los Limites sounds very rich in texture but the lyrics are rather curious! Tell us a little bit about what motivated your exploration of the concept of Los Limites.

Haha, thanks! I take it as a compliment!

To be honest the concept came after song writing, I realised that each song came from an impulse to understand something that was going on in my head, or in friend’s heads. As I was writing, I was understanding that the issue had often to do with a limit we had to define, or push forward, in order to feel freer.

For example after my first album, of which the songs I wrote quite quickly, I found myself having trouble writing about any subject. I just constantly thought that what I had to say was not interesting enough, or not important enough, that it had to be “transcendental” or nothing. It was clearly not very modest (!) and obviously a very strong limit to impose on oneself in order to be creative! The song “LIBRE DE QUOI” talks about that.

La La Lista has got many expats in it’s staff. What’s your story like, living here and how do you feel that translates into your music?

I have been living in Buenos Aires since March 2010. I basically started my career as a musician here. When I lived in Europe, I played the trumpet in some orchestras, but nothing serious, I really did not think I was to be an artist! But then I met a lot of musicians here, started to sing here and there, I learnd the piano, studied in Tango & Folklore in the Manuel de Falla conservatory, and started to compose around 2014. So I could say that I owe Buenos Aires for me being and becoming a musician!

I find the city very inspiring (and crazy) and I guess I will always see it with “tourist eyes” in some way.

What’s in store for Agathe Cipres and how can we support you during lockdown?

The future is being more unpredictable than ever lately so I am not making any big fancy plans.  But we are preparing a live session with Candela Cibrian that will be available on my youtube channel in a few months, and we will hopefully be able to play live at the end of this year!

Listening and sharing the EP is really a great way to help, sharing any independent music you like is always a good idea!

You can catch Agathe Cipres on all of the following streaming and social media sites: