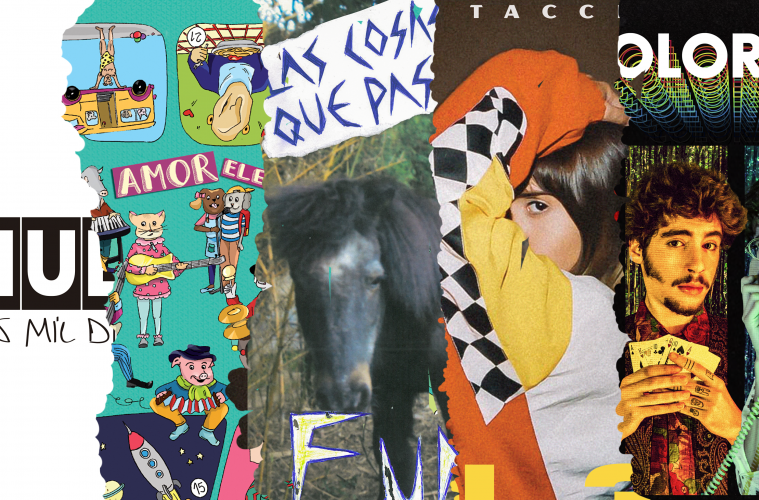 The Greatest Argentine Debut Albums of the 2010s, Part 4

The 2010s were an underrated decade. We’re still not far enough from it to look back at it with fond nostalgia, but I think we’ll get there soon enough. It was also a fantastic year for the local music scene, with an enormous array of incredible releases in all sorts of genres. That’s why we’re doing this series, highlighting the best debut albums that came out during that surprisingly fertile, freewheeling period for Argentine music.

If you haven’t seen the previous posts in this series, feel free to check out part 1, part 2 and part 3. The rules are quite simple: in order to qualify for our list, an album has to be:

We’re highlighting as many fantastic debut releases from this amazing decade as we can, so if you know of one you think we should feature, please hit us up! Send an email to team@lalalista.com and we’ll give it a listen. No promises.

WIthout further ado, here are five more selections for our collection.

Huevo’s debut album is a high water mark for independent rock in Argentina. It lives up to its considerable hype (it earned a nomination for Best Rock Album at the prestigious Premios Gardel) and hits hard as often as it holds back. An album of funky basslines and heavy, 70s-inspired riffage, with as many quirky, off-kilter moments as there are soaring and anthemic choruses. I love the sound of it; the guitars are up front, so much so that you feel like your ear is pressed right next to the amplifiers. This album is hard to pin down: at moments, it feels like something that could’ve been released in the eve of the 90s grunge explosion, and then at times it feels outright futuristic in its sound and song construction. A fantastic album to jam out at your desk to, especially if your ear is attuned to shifting time signatures.

Las Mil Diabluras is available to stream on Soundcloud, Spotify, and Youtube.

This is where the line between album and EP gets tricky, and where we call into question our own rules for what qualifies as an entry for this list. See, although Fundir Todo is effectively the first full-length album by Mendoza’s Las Cosas Que Pasan, they made their debut with a Microdisco; a 10-minute album consisting of 10-minute songs (we did a piece on Microdiscos a while back). Said Microdisco is labeled by Spotify as an album, and several press outlets refer to it as the band’s debut album. However, as far as we’re concerned that was a 10-minute sampling of the greatness the band was capable of, which came to full fruition with 2018’s Fundir Todo. A collection of spacey tracks and scorching sonic freak-outs, this is easily one of our favorite debut full-length albums of the decade.

Choice cut: The wonderful, multi-part sonic adventure that is “Mtmática”.

Fundir Todo is available to stream on Bandcamp, Spotify, and Youtube.

Lucia Tacchetti’s VOL.3D is the definition of ear candy. If you have a penchant for thick, rumbling synth bass lines, stuttering microbeats, sweeter-than-sweet pop melodies and lyrics chronicling the ennui of everyday life — and I certainly do — then this is the album for you. Tacchetti’s debut is surprising in its confidence and fully formed vision, with a sonic identity that feels less like a fresh-faced newbie and more like an experienced musician homing in on their sound.

VOL.3D is available to stream on Bandcamp, Spotify, and Youtube.

One of the most interesting parts of this exercise is tracking the evolution of a band’s sound over time. We love Amor Elefante — Oriente and Billetes Falsos are among our favorite albums in recent memory. But for some reason, their 2011 debut kind of slipped past me. And as I decided to give it a shot in preparation for this article, I was dumbfounded. This album is fantastic! It’s a different version of the band, for sure — more tentative, and definitely less polished, but the catchiness and the charm and the craftsmanship of the songs is undeniable. At times creeping into baroque pop territory, at times almost lo-fi, Amor Elefante’s debut isn’t just one of my favorite albums of the 2010s, it is also one of my favorite recent discoveries.

Choice cut: “Merienda Mucho,” for we are suckers for songs about food with brass sections and “ba-da-ba”s.

Amor Elefante is available to stream on Bandcamp, Spotify, and Youtube.

Some albums are made with the specific intention to make you dance. Some albums just kind of end up making you dance by accident. Colorama, the debut (and, up to this point, only) full-length album by groovy four-piece Gativideo, is most definitely the former. Throughout the album’s brisk 29 minute runtime, there’s a sense of sillyness and fun permeating the entire way through, a total lack of self-consciousness that is nothing if not contagious. Just like the vaporwave trend of the late 2010s, Gativideo mines the inherent cheesyness of 80s synthpop, bringing it back to the 70s to roll around in disco and funk territories for a while, and creating something new out of it.

Choice cut: The deranged fun of “Disco Majul,” which puts all its influences proudly on display.

Colorama is available to stream on Bandcamp, Spotify, and Youtube.