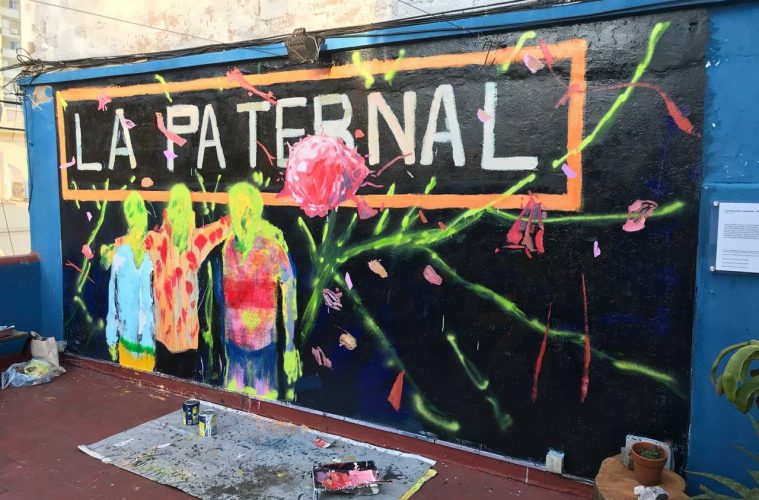 It may be unfair to use the word re-discover, when I just recently started to notice La Paternal, as did probably half of my readers. This is one of those neighborhoods we don’t hear much about until someone casually brings it up in conversation and we ask ourselves so what goes on there, exactly?, while we smile and pretend we’ve been there a few times.

Ironically, while we are just starting to embrace our curiosity, Paternal’s residents have always been super proud and have a strong identity that almost reminds us of La Boca. There’s probably a long way before we can start counting Paternal as a tourist attraction or part of the so-called “circuito foodie,” but if you find yourself in the area or are just looking for a weekend adventure off the beaten track, here are some ideas.

I love Santa Inés and for good reason. This might be the place that puts Paternal on the restaurant-radar in 2021. You won’t get much information from outside looking in, but your curiosity will be sparked when you notice the line out on the sidewalk. Inside, you will be welcomed by antiques (it used to be a traditional bakery), plants, vintage decoration, an enormous, ancient wooden oven, and warm, delicious, unpretentious dishes. Oh, and I almost forgot: works of art by local artists are displayed on their big shop windows.

Mostly open for lunch, be prepared to wait for a table. Remember there aren’t many options like this around. The menu changes every week, but expect to find homemade pasta, original soups and fresh salads, as well as sweeter options for merienda and international surprises like tacos or shawarma. I tried the falafel salad and it was yummy, comforting and visually pleasing.

A place that may appear mysterious if you’re not in this scene. NEU describes itself as “Kultur Haus” and the use of German spelling is no mistake: they’re looking to bring a bit of Berlin vibes into the otherwise quiet neighborhood of Paternal. Expect to find local DJs on any given day, poetry readings, art & culture workshops or just go for drinks if you’re feeling a bit subversive.

Maradona had a favorite spot in Paternal: Chichilo. Founded in 1956 as an “Italian canteen” (their words), and having served as a location for several TV shows, this is the typical bodegón porteño that has adapted Italian heritage to local taste. It’s worth a visit for the history, the colors, and the handwritten note by Maradona proudly displayed on the wall.

Peruvian dishes with a focus on seafood, prepared and served by their Peruvian chef and owner (or sometimes her daughter) for the last 12 years. Ceviche appears to be the star of the house. This is a sweet discovery better explained by Kevin in this article.

It is widely accepted the best torta de ricota in town is served in La Paternal (even though geographically speaking Gino is located in Villa General Mitre). Do not try to contradict the neighbors on this, I repeat, DO NOT CONTRADICT the neighbors. Although overshadowed by their ricotta pie (made, by the way, with more than 1 kg ricotta), Gino has been serving traditional Argentinian pizza since 1943.

Since you’re in the neighborhood…

Maradona might be the biggest tourist attraction in Paternal. He played for local club Argentinos Juniors from 1976 until 1981, and his first home in Capital was actually in Paternal. In these streets, the God of Football lived, loved, played, and ate. So here’s a few stops if you’re up to Maradona themed walk:

Paternal, as well as some neighboring areas, has become very popular for lesser known, low-profile art studios and galleries. Unlike small boutique galleries in Palermo or Villa Crespo, for example, groups of artists have come together to create collective spaces in Paternal, valuing — I suppose — the quiet and empathic surroundings. Such is the case of Yerua, Paz Soldán and Kurku (art workshops). Worth mentioning TBK and Paternal Teatro (independent theaters) and the Becciú Library, that’s been open for over 100 years changing locations several times inside Paternal.