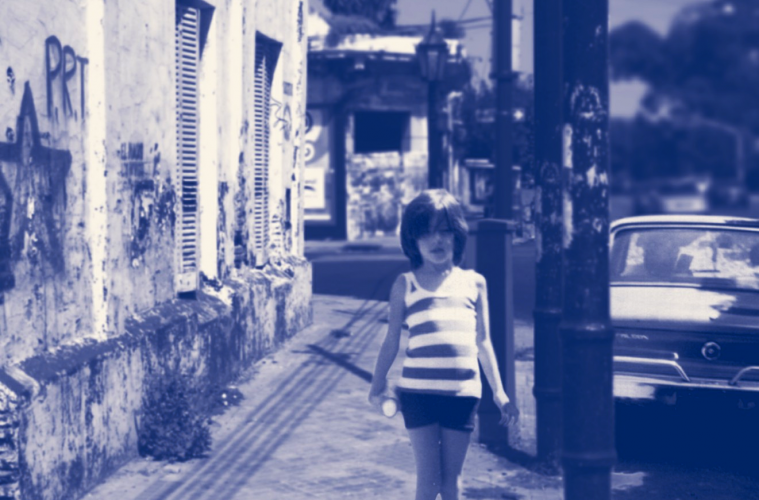 I’ll state this up front: this won’t be your typical book review. I can’t write the same old boring dissection and praise of Laura Alcoba’s novel. She doesn’t need it, and neither do you. Others have already done it, and much better.

My name is Guido. I was born in La Plata, I study Writing Arts (because sometimes it’s good to have a completely useless degree) and I am best friends with Victoria Julieta. This is important information that will aid you in understanding how I arrived to La Casa de los Conejos, so hold on to it. At least for the duration of the reading, if you choose to continue it.

To give you a brief idea of the novel, I will describe it in the style of a back-cover synopsis. In the mid-seventies, in the city of La Plata, there’s an 8-year-old girl who is the daughter of two Montoneros militants. Right away we can see that girl adapted to a world with guerrilla parents and family friends, who are deeply committed to the war they are fighting (this is how the protagonists of the story define themselves). But the girl is taught that her life should be different; her daily routine involves taking a bus trip by herself to her grandparents’ house so that they can take her to school, make a game out of seeing if they’re being followed, or learn to adopt a pseudonym at the school that one day she’ll have to stop attending.

As a self-exiled native of La Plata, I immediately connected with the story. But everyone will be able to vividly imagine the landscapes that that girl describes from her not-so-innocent childhood. Not only that, but as with any good book, readers will feel an irrepressible desire to get to know the place, to travel and see firsthand those little squares of La Plata firsthand. When I read the name “Plaza Moreno,” I swear I wanted nothing more than to get in the car and make my way there.

I know many porteños who do not yet know the city of the diagonals. I am not going to say it’s the most beautiful city in the world, but considering how it is such a short distance, it is well worth a visit. Given that we can’t currently travel, use this as an opportunity to imagine you’re arriving at some European city with an imposing Gothic cathedral, with houses built by Le Corbusier and a forest in the middle of it.

The second neon light that led me to this book was a beautiful review. Yes, there can be beautiful reviews, much unlike the one you are currently reading. In Writing Arts we learn about everything it takes to be a successful writer or to fail. We had to learn about point of view, the eyes and voice with which the story is told. In this case, the aforementioned girl is our POV character, and the great success of the book is that it never leaves this perspective. This is what literature is, the art of narrating. To beautifully tell a more-or-less well-trodden story of our disastrous past. To live the horror through the innocence of childhood. Normal stories for a girl turn into horrors and reprimands from men (it is always boys who give her a hard time). When buying a doll at a toy store or when the neighbor invites her over to help choose the shoes that go with a dress, we see everything that the girl is missing. She has to live the life that her parents had chosen for her. Normality for an eight-year-old girl had been snatched away.

The third push I received to buy this book was the unexpected appearance of Victoria Julieta. I say unexpected because she has a habit of disappearing. And she reminds us of Borges’s words about friendship: “Friendship doesn’t need frequency. Love does. But friendship, especially the friendship of siblings, does not require frequency. Love is full of anxieties, a day absent can be terrible, but I have three or four friends that I see once or twice a year.”

She appeared and said to me: “You, Guido, you have to read this book. Now!”. She does not usually make such comments to me and her participation in my literary life consists of the occasional birthday gift. Aside from that, she doesn’t talk to me about books or give me anything to read. When it comes to gifts, she always delivers. She applies the three rules of a good gift: it should be something that you would not choose for yourself, have a special relationship with the giver, and be enjoyed by the recipient. I listened to her and bought the book. When I finished it, I sent her a message on WhatsApp with the concise message “You were right.” To which Victoria Julieta replied “Take me to see the ‘casa de los conejos’,” and off we went. I picked her up and we took a trip to my hometown.

We arrived at the place and I felt that sad, heavy energy you get from places that have housed human suffering. Due to the pandemic, the house is currently closed, but from the sidewalk you can see the hole made by the military who broke into the house and murdered those who were living in it. The bullet holes are still on the walls and also on the truck that time has rusted. The one that delivered the Evita Montonera newspapers that were printed in the house. A piece of wall gave us a clearer understanding of history than any book.

Five years ago, I was lucky enough to visit Hiroshima and saw one of the few buildings left standing from the 1945 bombing. The night I arrived I went out and found it. It gave me shivers. Walking through its ruins I could feel the weight of everything that had happened. The next day I visited the Peace Memorial Museum and I swear to you that I did not feel even half of what I had felt just walking through the debris of the destroyed building.

Towards the end of the book, Edgar Allan Poe will appear as a key to the story. He is going to show us that what’s obvious is in the eyes of each individual. That the things we take for granted are the things we do not pay attention to and we push aside. When asked for reading recommendations, I sometimes think about how I come to choose the books I read. And I still don’t know, but my answer is usually that I do best when I let myself be carried away by instinct. Somehow, the signs are always there.

For this reason, every day I am more convinced that books are more than mere objects. Their content transports us to places that we can only live through them, that much is obvious. But books are also like people. They have the intelligence to reach us at the right time. Or have you never felt that almost supernatural pull leading you to pick up a book at the bookstore? And when you start reading it, you feel like it is the perfect book for that moment in your life. And when that magic happens, one is happy to be swept away to this parallel world.

Laura Alcoba’s La Casa de los Conejos was exactly that for me, and I hope it is for you too.