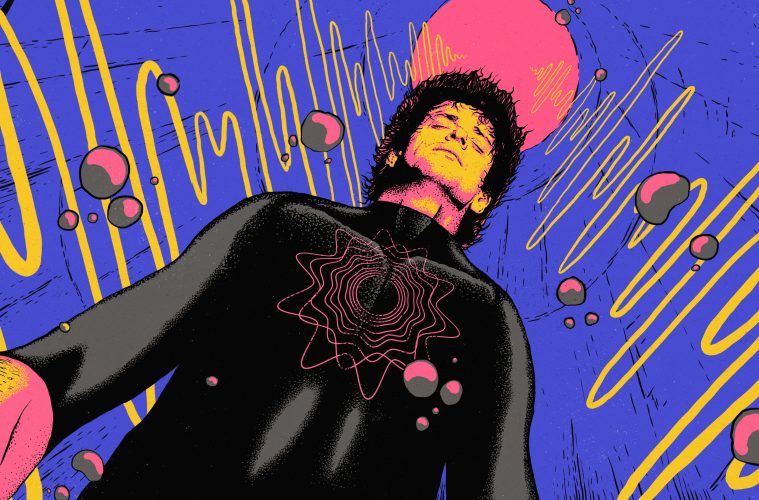 Off the Marquee | Five Streaming Documentaries About Argentine Legends

Welcome back to Off the Marquee, La La Lista’s monthly film column. Last time around, we showed a bit of cautious optimism about the return of cinema to Buenos Aires, with film theaters opening back up and implementing all manner of safety regulations to curb the spread of Covid. It seemed too good to be true. It turned out to be exactly that.

In the last week, new cases of Covid-19 have reached an all-time high in Argentina. We’re looking at peaks that far surpass the last time new cases peaked, back in October. Yesterday the Argentine government announced a number of restrictions aimed to contain the spread of the virus as the vaccination program continues its painfully slow trudge. Live music is essentially dead for the time being, and film theaters are sure to follow. It’s a bummer. But it’s the situation we’re in.

To keep this from being a relentless downer, let’s take refuge in the magic of cinema. The kind of cinema that continues to be safely accessible to us. The kind of cinema we can watch from the comfort of our homes. For this month’s Off the Marquee, we’re picking out five documentary films that tell the story of important figures in Argentine history. These films are all currently available for streaming on the Cine.Ar platform — most of them for free. And the ones that aren’t free cost 30 pesos. So basically free as well.

Daiana Rosenfeld’s Juana is a poignant portrait of Juana Rouco Buela, a seminal figure in early anarcho-feminism who sought to liberate women from an oppressive economic system, as well as the shackles of patriarchy. A struggle that continues to feel all too relevant, regardless of what has changed since. The film’s impressionistic poeticism elevates it from the standard biographical-documentary fare, instead making the viewer feel the sheer power, and the crushing emotional weight, of her cause.

Jose Martinez Suarez was an Argentine filmmaker instrumental in shaping and promoting the country’s film industry. He was a relentless champion of the cause, mentoring several young filmmakers who went on to accomplish greatness. For many years, he was also the director of the Mar del Plata Film Festival, one of the most respected film festivals in all of Latin America.  This touching documentary by the filmmaking duo of Mariana Scarone and Betina Casanova tells the story of an avid film lover; a man who was truly, in his own words, made of cinema.

This was one of our picks for Women’s History Month, and it bears repeating here. Mujer Nómade is a biographical documentary directed by Martín Farina which uses the life of famed Argentine epistemologist and essayist Esther Díaz to explore concepts such as the role of sexuality and pleasure within a patriachal society and the value in subverting the hegemony of desire.

Whether you’re a fan of Gustavo Cerati’s work or not, the scope of his influence on Argentine music history is absolutely undeniable. This colorful, lovingly assembled documentary by Colombian filmmaker Felipe Restrepo shines a light on Cerati’s history, interviewing various people he worked with over the years. But this isn’t just a biography; the film also attempts to understand how his mind worked, and the mechanisms of his creative process. For fans of Cerati, of Soda Stereo, or music in general.

Carlos Jáuregui is a name more people should know about. He was an Argentinian LGBT rights activist, a tremendously important figure in the 1980s who founded La Comunidad Homosexual Argentina in 1984 and the first Buenos Aires Pride March. His legal work had a tremendous effect on shaping legislation and bringing the country closer to tolerance and understanding of the LGBT community, at a time when they were openly demonized by the political and media spheres. Lucas Santa Ana’s documentary El Puto Inolvidable was made to keep his name from slipping into obscurity, and remind us that we still have a long ways to go.