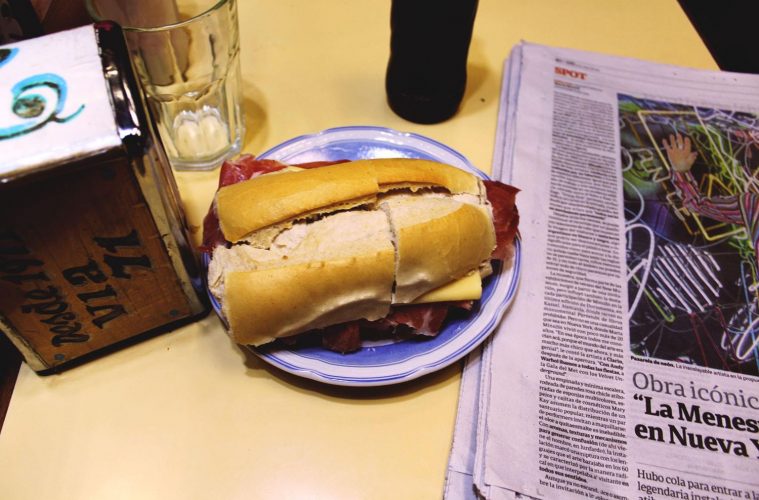 Most of my family is profoundly surprised by the way my life has taken shape. I was, for more than half of my life, an extremely picky eater. My childhood aversion to nearly everything was personified in a sandwich.

During elementary school, I took a salami and cheese sandwich on white bread to school every single day. Once home, I would eat more slimy meat with crackers and cheese spread when my mom wasn’t paying attention. The habit lasted for years- until my body had filled up with so many nitrates and preservatives that fireworks began popping off in my skull in the form of chronic migraines. Cured meats and hyper-processed foods were mostly banned from my diet.

I dropped the salami and traded it in for the equally slimy sliced turkey. Over time, I switched out the Kraft squares for real cheddar cheese and became a sourdough bread snob. More additions came like baby steps: mustard and mayo, long sour yellow pickles, vinegary hot sauce, lettuce and creamy slices of avocado with fresh cracked pepper.  Salty potatoes chips, or during my stony college days, pulverized hot Cheetos, were often jammed in between the layers of bread and cheese.

Obviously, my relationship with food has drastically evolved. But, often in the dead of winter, I crave the simplicity of a ham and cheese sandwich. And not just to take me back to a simpler moment, but to make me feel, for the duration of a quick lunch, that I belong here as I’m crammed amongst a loud crowd of lunch goers and become one more in the mess of people that beat together in Microcentro. That my nostalgia for a sandwich fit for a five-year-old is matched by the memories of those that immediately surround me.

Oversized sandwiches de lomito with mayo, lettuce and tomato that fly down the long bar at Paulin finished off with a chocolatada. A thick ham and cheese stuffed into fugazza bread at the counter at Bar Dado. Milanesa that tastes like last month’s oil topped with mayo and tomato and a cold ferroviario at Hans. Spongy brown bread with ham and cheese and a cappuccino that juts upward like a foaming volcano underneath the fluorescent yellow lights at Le Caravelle.

And then there is Via 71, a neighborhood bar the size of a sneeze where a mostly male clientele packs into a dozen tables to read the paper and swap gossip. I order the same thing each time: dry cured ham and cheese with a knife of clumpy butter and a Pepsi served in a slim glass bottle. The jamón crudo has just the right balance of fat and salt and tugs and tears from the crispy french bread with a satisfying contrast of shapes and textures. Butter is haphazardly spread across the bread and arrives on your tongue like little snowballs, turning the ham’s salty fat into a slightly sweet pop. A barely noticeable cheese stands in the background waiting to be called on when needed.

It is in these tiny details, in the ease of such quotidian ingredients that the cook now tosses together like an extension of himself, that takes me somewhere else for as long as it takes for the bread to turn to crumbs on my plate.

Hours: Monday through Friday 6am to 7pm, Saturdays 7am to 12pm