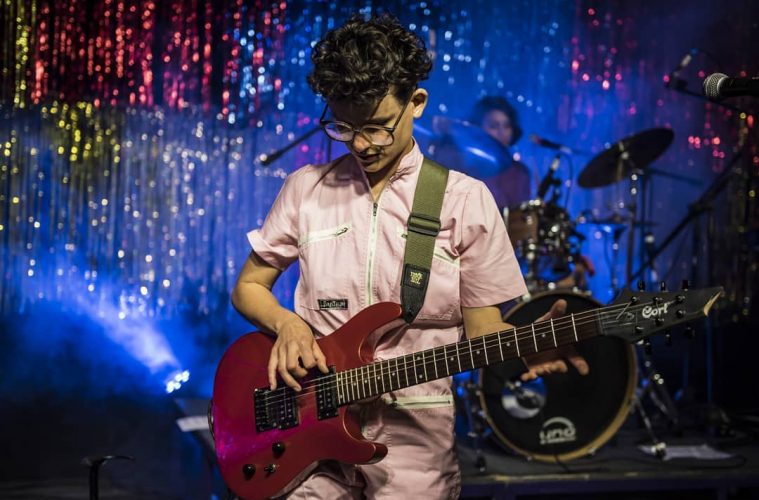 How was everyone’s long weekend? I’m sure many of you paid tribute to our favorite bearded buddy in the sky; if you’re like me, you might have shown the love by drinking copious glasses of the blood of Christ.

Now, as we’re in the midst of a second Covid wave and new restrictions loom, I’d like to give a friendly reminder to wear a mask, practice social distancing and respect the wishes of others if they don’t feel comfortable meeting up (Okay? Okay!).

This weekly setlist has been chock-full of live music treats throughout the first bit of the year, and there is plenty more to come. We try to stay on top of what’s happening in the city. So if we miss a cool upcoming show, let us know! We have a spiffy, easy-to-use event calendar. Just send us the details of the event you want to promote to www.lalalista.com/submit-event and we’ll put it up ASAP.

El Mundo Limon will give a sweet, not sour performance as the opener for Camila Buch. Buch will be joined by her full band to showcase some of her latest singles, like “Nuevas Olas” and “Hold Me,” as well as tracks from her 2017 album La Verdad. Her sound could be pinned down as a mix of jazz, funk and pop. El Mundo Limon has many songs that lend themselves to funk, but he also has a tendency to throw in odd time signatures, stabs and breakdowns that leave you guessing where he’s going next.

Ticket can be purchased here.

If you don’t want to miss Mi Amigo Invencible and Miranda Johansen on the Konax patio, you better snap up tickets quickly! Their Friday show has already sold out.

The band will showcase material from their 2020 EP Nuestro Mundo. They seem to have world domination on their minds as they plan international shows for post-pandemic times. They’ve certainly been a huge player within the Mendoza (aka “manso”) indie scene, with their presence felt there since they got started in 2007.

Meanwhile, Miranda Johansen has been working away coming off the back of an explosive set at the Buena Vibra Fest. Her electronic-inspired dark pop will be a good complimenting force to the wavy sounds of Mi Amigo Invencible. 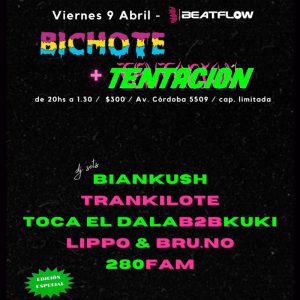 The joining of two party forces Bichote + Tentacion = a wild night. The groups have combined forces to bring a full-to-the-brim lineup to BeatFlow. It features performances by 280 Fam, Bru.no, Lippo, Trankilote, Bian Kush, TocaElDala and more. With a tight mix of rappers and DJs of different genres, it will definitely be an eclectic group of artists.

This Saturday evening in the most beautiful soccer field in all of Belgrano, you will find Que Tren Club Cultural, an unlikely place which is now becoming a home base for emerging artists and musicians alike.

MAYA, a project led by Maya Aimaretti, will be opening with songs from her debut album Vol.1. However, the headliner is Montarosa, a singer-songwriter and poet who lives in CABA but hails from the sleepy town of Tandil. She released her first album, Fuega Camina Conmigo, in March 2020. After having done numerous virtual concerts, the opportunity has finally arrived for her and her band to vibe off a live audience.

We’ll have the pleasure of hearing Lucila Ruiu’s passionate voice as the singer-songwriter makes a return to the Tai Teatro. She’ll play tracks from her 2019 EP Diarios de Febrero along with new material written in quarantine. Ruiu has already garnered a following outside of Argentina, and she sings in both English and Spanish.

Mariana Michi is a force to be reckoned with. She’s so versatile, it was no surprise that she continued to dominate the scene with mindblowing performances even during quarantine (we’re thinking of her “La Paz Obligada” livestream). She’s truly a musician’s musician, with no two shows being the same. She’ll perform twice at Morán, with the second concert already sold out. Act quickly to secure your tickets for the earlier spot!