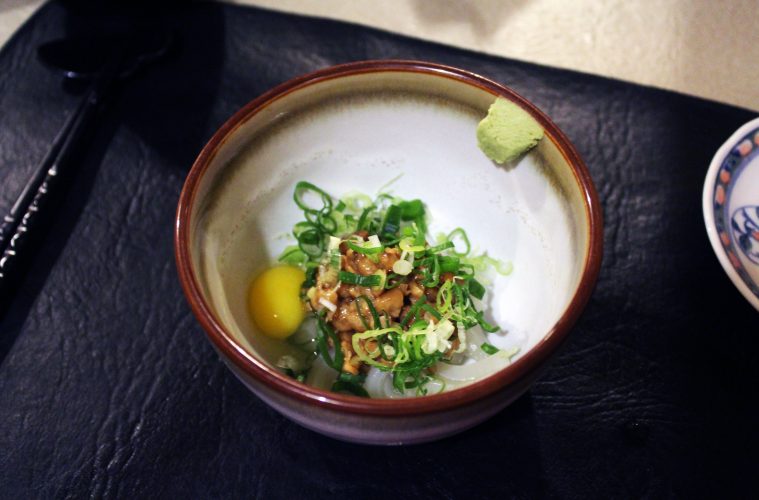 “Break the quail egg and swirl everything together,” our server instructs us with a gentle lifting of her brow. The bright yellow yoke bursts and slowly spills outward onto the ika natto, a dish of fermented soy beans paired with long chunky strips of raw calamari. A blob of pastel green wasabi sits firmly on the ridge of the bowl — a small prick with tip of your chopstick is enough to give a jolt of mustardy flavor. The fermentation process binds the soy together into large clumps that stick together like a large sack of roe eggs being teased from the belly. They pull upward like noodles bound together with slimey raw egg. The taste is almost reminiscent of a matured hard cheese, musty and strong, both unenjoyable and wonderfully umami.

It is the first time I have seen natto on a menu. The flavors feel more akin to a Korean restaurant stuck deep in the offals of Flores. But if found anywhere it would be at Ichisou, a more than half century old Japanese restaurant on the edges of Congreso. They tell us that natto is considered a sacred dish. Eat it regularly and you will add years to your life, apparently. Longevity never comes easy, I suppose. 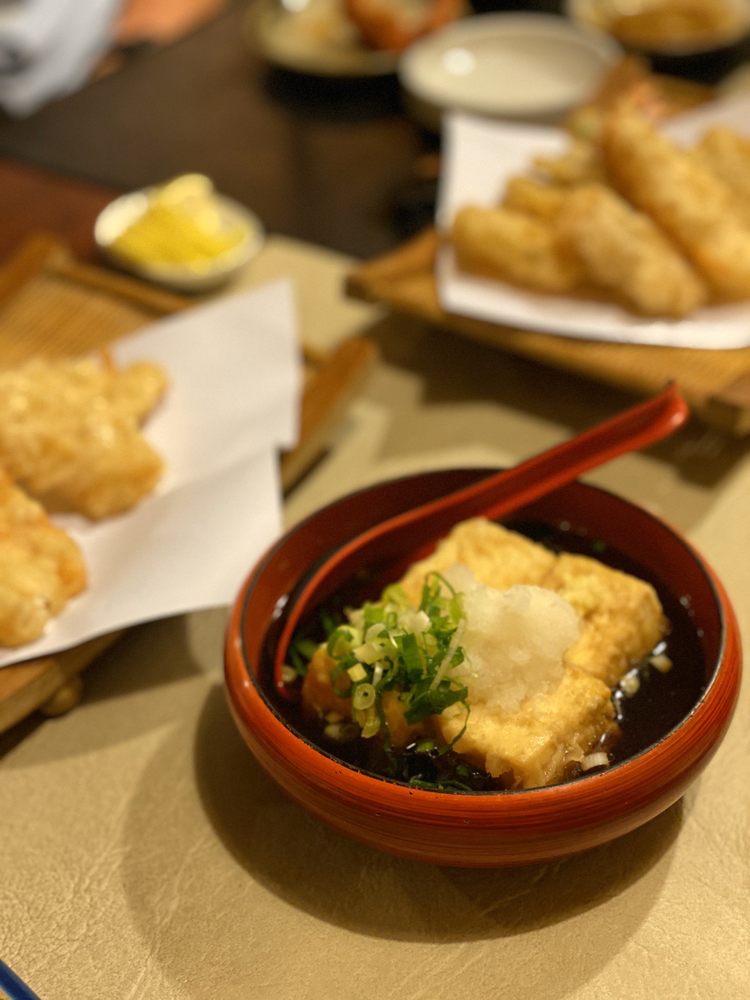 Ichisou is now in its third generation. Opened in 1966 in La Boca by Japanese immigrants Hajime and Misao, the family recipes live on through Alejandra Kano and her mother, Setsuko Kaneto. Kano became the city’s first sushi woman when her brother Kazuya, the restaurant’s natural heir according to Japanese tradition, moved to Spain to pursue a job opportunity. It is believed that women have warmer hands that compromise the freshness of fish and are, therefore, unsuited to run a sushi bar. It took Kano nearly a decade to shake off that myth and gain the respect of the restaurant’s clientele.

Look around the room and the majority of diners are slowly pecking away at platters of nigiri, sashimi and rolls. Sushi is delicately prepared with the freshest fish from the market with a variety that extends from the ubiquitous salmon to shiny mackerel, sea bass, sole and red seabream. But dive deeper into the menu and you will find regional dishes and Japanese comfort foods. 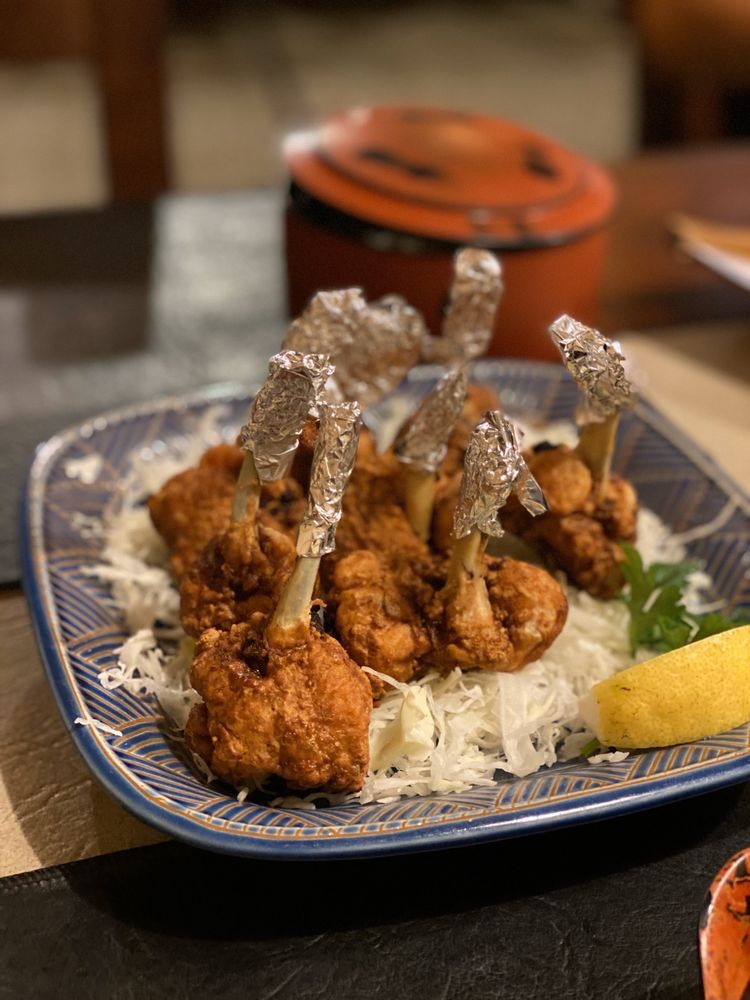 To start, a small welcome arrives in the form of cured salmon and a shot of sweet plum wine. Katsutama is an easy pleaser. This is the Japanese take on the milanesa. Pork is breaded and lightly fried before being packed into a small bowl layered with white rice and sweet sauteed onions. An egg yolk is tossed on top and cooks underneath the residual heat of the steaming rice and hot milanesa. Similar flavors can be found in the sukiyaki fu, thin sliced pieces of pork sauteed in a sauce that pinches your throat like a cool vodka. Could that be a touch of plum wine and sake? Don’t be shy about pouring the leftover broth from its cast iron flat pan into your bowl to slurp up every last drop.

There is also aguedashi tofu. Fat strips of tofu are tossed in potato starch and fried to form a fine crackled shell before being served in a bowl of sweet mirin, soy sauce and dashi. Long tubes of cucumber and rings of onion are served into an extra crispy vegetable tempura dish. You can swap out the veggies for long thumbs of shrimp ebi. They are a wonderful pairing to an ice cold bottle of beer or warm shot of sake. An ice cold Asahi also pairs perfected with Pirikara Karague, fried chicken drumsticks dipped into a barbecue leaning hot sauce. 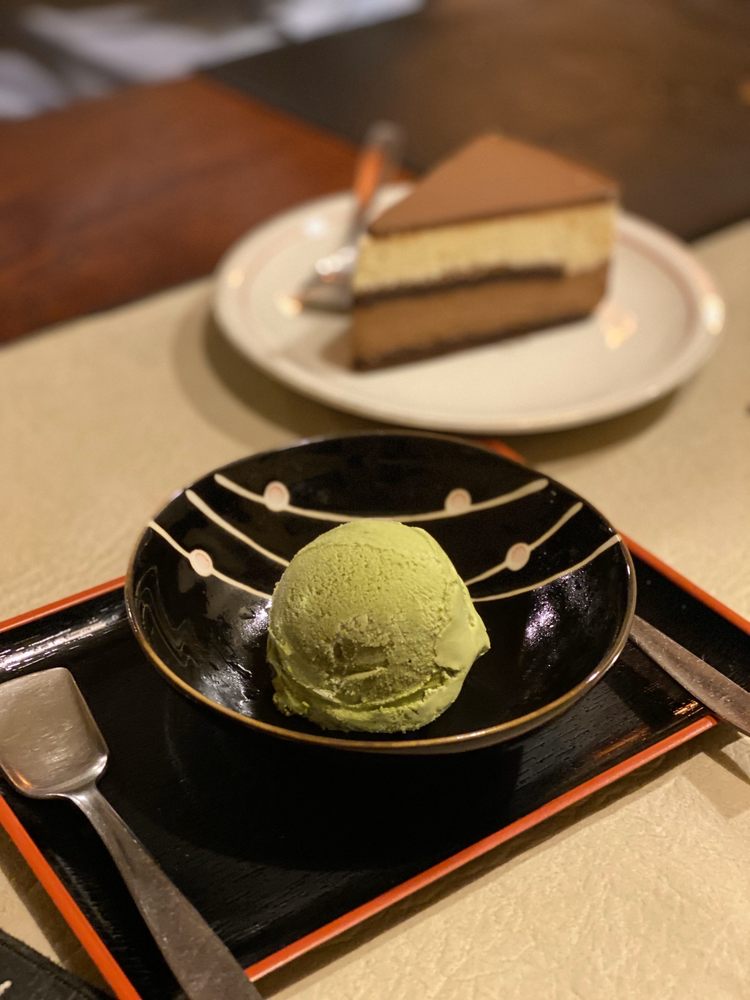 To lean on the spice, you could also order homemade kimchi or pickled vegetables — thick cuts of cucumber and daikon radish — that receive a DIY bottle of chile flakes to be added on at your own discretion.

For dessert, kuri manju missed the mark. The soft brioche style ball of bread was stuffed with a barely sweet white bean sauce that took on the texture of ricotta that all clumps dryly on the tongue. Creamy helado in the form of an off brown sesame and bright green matcha carried the intensity of an Argentine style gelato with the delicateness of Japanese flavor palate.

The menu at Ichisou is nearly 6 pages long. With three visits, I have barely scratched the surface. Come winter, I will surely be returning for a bowl of udon.