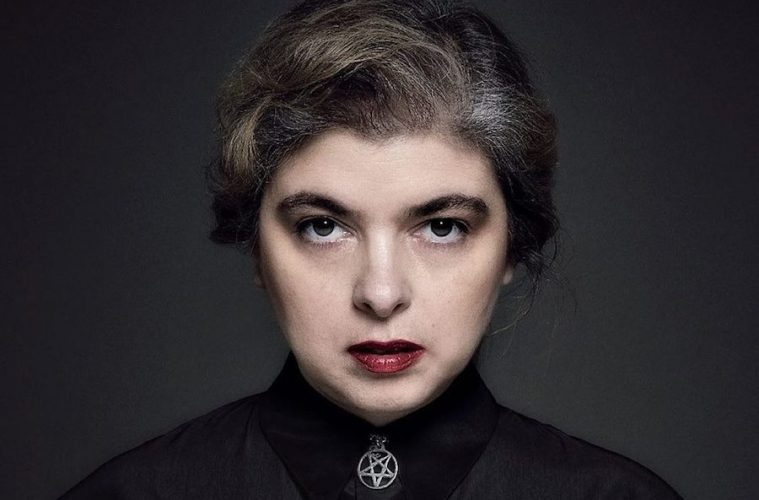 South American Gothic: A Deep Dive into the Work of Mariana Enriquez

Mariana Enriquez is Argentina’s writer of the moment. One of her short story collections received its English translation in January.

Circa 1993, the writer Juan Forn, then editor at the publishing house Planeta, received a visit from a journalism student at the University of La Plata. Decked out in the punk garb of the era—black boots, black stockings, black jacket, plaid skirt—and with a halo of electrified dark hair, the young girl chain smoked cigarette after cigarette while Forn revised a manuscript of her first novel, freshly punched out on an Olivetti typewriter. After reaching its final page, Forn cut the girl a check for a thousand pesos (at the time, a thousand dollars) to buy a PC and type a digital version for publishing. And so was born the career of Mariana Enriquez, today one of Argentina’s foremost literary figures.

Her 1995 debut Bajar es lo peor hit shelves and made waves. Unorthodox in many ways, it interconnected plots of gay romance, vampirism and psychedelic drugs. While many traditional critics snubbed the novel—one newspaper snidely suggested that Enriquez’s efforts be better put to use writing for children’s television—its commercial success was immediate and its cult status nearly instant. And equally surprising as the book’s explicit themes, still taboo for the time, was the young age of its author.

At just 21 Enriquez was a famous writer, both controversial and revered.

“Being on television was one of the strangest things,” Enriquez later said of her early media attention. “They would ask me things like, ‘How do you know so much about drugs?’ and I thought, ‘You don’t realize how I know?’ I was scared of being arrested! I was paranoid. I was so young!”

But while Enriquez’s literary career had an explosive start, her rise to prominence was neither linear nor immediate. After Bajar es lo peor, she finished her degree and became a beat writer for the newspaper Página/12. For nearly a decade she was a workaday journalist whose résumé casually included a premature, literary one-hit wonder.

However, she kept writing fiction on the side. Her sophomore novel, Los magos, was rejected by publishers and Enriquez destroyed her manuscripts. “A friend of mine who lives in Patagonia told me she has a copy,” she confided in a 2020 profile in Gatopardo. “I told her to burn it. I don’t think she did, but it bothers me that a copy exists. I’m going to have to track her down.”

Her third novel, Cómo desaparecer completamente came out in 2004, but its positive reviews were not matched with notable commercial success. It was only then that she turned her pen to short stories. In response to a request for an anthology entry, she wrote “The Well” in 2005. Four years later, she published her first story collection, The Dangers of Smoking in Bed, and laid the foundation for many of her recurring themes: sex, death, illness, jealously, deformation, disappearances, the occult, and many other unseen terrors—both fantastical and real—that constantly lurk in the past and present.

However, her induction into the canon of top contemporary writers came years later, in the form of a one-two punch.

Punch one was 2016’s The Things We Lost in the Fire, Enriquez’s second collection of stories that further developed her trademark of injecting supernatural terror into familiar realities. It received widespread international acclaim and was translated to more than twenty languages. “This is what I’m reading,” posted the musician Patti Smith on Twitter alongside a photo of the book’s cover. “Polluted rivers, corrupt streets, putrid meat, murdered children, an extensive list of well-known terrors.”

The critic Jennifer Szalai observed in The New York Times that Enriquez is “after a truth more profound, and more disturbing, than whatever the strict dictates of realism will allow … The most frightening atrocities are those that touch on Argentina’s actual present and past, as if to remind us that the true source of evil is not supernatural but man-made.”

Punch two was 2019’s epic Nuestra parte de noche (yet to receive an English version), which won the prestigious Herralde Prize for the year’s best novel. The plot follows an aristocratic family involved in a sect dedicated to a sinister supernatural force, “The Obscurity”, and its 667 pages span diverse locations and time periods—London in the Swinging Sixties, nineties-era Buenos Aires and the jungles of Misiones during the country’s last dictatorship.

“The Littoral for me, in literary terms, is a reflection of the Southern United States,” Enriquez explained, referring to the subtropical region of Northeastern Argentina that includes Misiones. “It’s southern contemporary gothic, with an appearance of realism, that in the end all goes to hell.”

She hasn’t released new fiction since 2019, but January of this year saw the English-language release of 2009’s The Dangers of Smoking in Bed. While the book’s twelve stories date back more than a decade, they offer a diverse and complete introduction to Enriquez’s gothic world of horrific realism.

In “Angelita Unearthed”, a girl uncovers the bones of a dead baby in her backyard that, years later, haunts her as an adult. “The angel baby doesn’t look like a ghost. She doesn’t float and she isn’t pale and she doesn’t wear a white dress. She’s half rotted away and she doesn’t talk.” Frustrated by the constant pursuit of the homely phantom, the narrator tries to strangle it. “I didn’t even make her cough; I just got some bits of decomposing flesh stuck to my gloved fingers, and her trachea was left in full view.” Death is blunt and unavoidable; unsightly and ubiquitous.

In another, “Our Lady of the Quarry”, printed in December 2020 in The New Yorker to anticipate the book’s release, a group of jealous teenage girls invoke the mischievous powers of Pomba Gira, an Afro-Brazilian spirit, to sabotage the girlfriend of the cute, older boy they collectively desire. “Girls can be like bees or like locusts,” Enriquez said in an interview about the story. “There’s something toxic and delicious and exotic about them together—they can convey a certain power.”

Responding to the macabre portrait her fiction paints of the Argentine capital, Enriquez stated, “It’s not Buenos Aires, in reality, although the country’s abysmal politics contribute to the terror. It’s my mind that’s strange. Give me sun and the Caribbean, and I’ll give you Caribbean gothic.”

While Enriquez’s narratives span diverse geographies and different eras, there is something eerily premonitory about the recent popularity of her horrific realism. Over the past year, death and illness have greatly penetrated everyday existence via forces that, while more biological than supernatural, operate invisibly, intangibly and, for the most part, uncontrollably. Trivial decisions like riding the bus, attending a birthday party and whether or not to wash your hands suddenly imply mortal consequences.

The repercussions of 2020 in political, environmental and cultural spheres are infinite and will be discussed and debated for decades to come. One of the effects, however, is that the South American Gothic of Mariana Enriquez is steadily more poignant at capturing the lurking horrors that gnaw at the façade of our present reality.